The world's first entirely 3D-printed gun has been manufactured, proven to work and immediately declared verboten by your government. Just after the plans for the weapon were seized by the feds, the usual rationalizing of government overreach was spewed by the State Department. Cody Wilson, who owns the company that manufactured the weapon, says he was asked by the U.S. Department of Trade Defense Controls to pull the files – pending their determination of whether they actually have the power to control the information. Wilson complied with the request to weigh his legal options ... and probably because he'd rather not be killed.

"All 16 parts of the controversial gun, called the Liberator, are made from a tough, heat-resistant plastic used in products such as musical instruments, kitchen appliances and vehicle bumper bars," explains Fox News. "Fifteen of the components are made with a 3D printer while one is a non-functional metal part which can be picked up by metal detectors, making it legal under U.S. law. The firing pin is also not made of plastic, though it is easily crafted from a metal nail. The weapon is designed to fire standard handgun rounds and even features an interchangeable barrel so that it can handle different caliber rounds."

If you haven't yet heard of 3D printing technology, you will. Arguably one of the most important advancements in manufacturing, 3D printers use digital models to "print" layers of plastic to create three-dimensional shapes. This is an "additive" process, as opposed to traditional machining (in which "subtractive" processes are used to remove material, such as cutting a blade from a metal blank). The popularity of 3D printing has exploded recently because the price of the printers has dropped, making them accessible to average citizens.

Companies like Makerbot market both 3D printers and certain 3D printed consumer products and files to their customer base. For example, you can purchase wind-up feet from the site, then attach these to plastic robot bodies that you print at home. You can also purchase the Makerbot Mixtape, which is printed and assembled in the company's New York City facility. It is essentially an extremely cheap MP3 player that can be filled with the music you choose and handed off to anyone with a pair of headphones. The Makerbot website offers the colored plastic filaments that "feed" its 3D printers, too.

Prices for the printers will continue to drop, and as they do, more of us will acquire them. "Despite the growing popularity of 3D printers, being limited to purchase through specialist stores and online shops means they still occupy a niche market of hobbyists and professional designers," reports Gizmag. "You can't just waltz into your local office supply store and pick one up along with a pack of manila folders and paperclips. But soon, you'll be able to do just that. Office supply chain Staples will become the first major U.S. retailer to offer 3D printers on its shelves, starting with the Cube from 3D Systems."

Gizmag's Jonathan Fincher goes on to speculate that this move "could be part of a concerted push from Staples to bring 3D printing to more consumers. The company also has plans to launch a 3D printing service that uses paper as material. It's hard to say at this point if the general public will take notice or not, but this news does at least indicate just how much 3D printers as a whole have begun creeping into the mainstream."

The applications of 3D printing are as diverse as human imagination. The technology has been used to print everything from the lower receiver of an AR15 to a "bionic ear" to a skull implant to a prosthetic hand. As every consumer home becomes a "mini factory," the ability of individuals to create the products they need and will use holds breathtaking potential to improve their lives.

Obviously, your government can't have that.

The immediate response by governmental entities in the United States has been to remove from public access the files used by 3D printers to create firearms parts. These are not receivers. They are not firearms, and they are not firearms parts; they are electrons, collections of ones and zeros. They are information. Defense Distributed, the firm that has created this furor, went about printing its 3D firearms parts legally. It obtained a Type 7 Federal Firearms License in order to manufacture its Liberator pistol. This did not stop your government from seizing the company's website files and removing the digital plans for the Liberator from the Web.

Building guns is easy. It's manufacturing ammunition that is relatively difficult. Inmates in prison build "zip guns" all the time. You can make an improvised firearm from pipe fittings. To produce a repeating firearm, however, required access to a machine shop, meaning the average citizen could not easily do it ... until now. That's what an increasingly invasive government – helmed by Barack Hussein Obama and Joe Biden and bent on stamping out the Second Amendment – cannot abide. Your masters will not tolerate a society in which every free man and woman can conceivably print up a gun at home, for such a world renders all state and federal "gun control" completely toothless.

Defense Distributed's owner complied with the government's demands. That was smart. Had he refused, men with traditionally manufactured guns would eventually have come to his door. It remains to be seen whether Cody Wilson will have a convenient "accident," as so many do who prove troublesome to Democrats in power. The bell may yet toll for him – but with the 3D gun's plans already circulating on international file-sharing sites, that bell cannot be unrung. 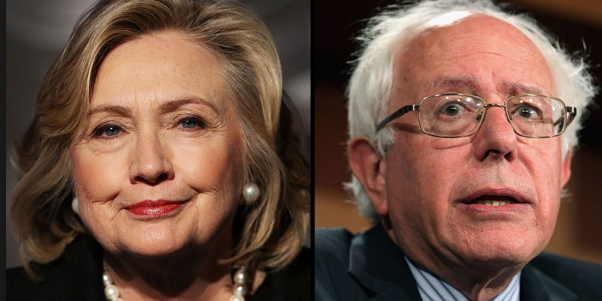 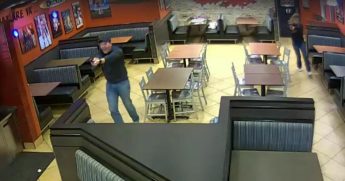