Regarding Benghazi: It is easy to look backward and declare that there wasn't time to respond.

Until the fight for Benghazi was over, how was the Department of Defense to know that it could not have reached the embassy personnel in time? How could they have known that no taker would have been available before the fighting ended?

Rescue teams might have been too late, as in they were en-route when they heard that the mission was scrubbed.

In that case, they could have landed at Benghazi airport to provide security if necessary for any follow on attack.

But a rescue effort should have been underway.

If no rescue effort had been dispatched, then only Obama could have called it off.

No Department of Defense or State Department official would have dared to leave their people stranded and under attack, especially after the Iranian attacks on the U.S. embassy in Tehran.

Look how the U.S. reacted during the Boxer rebellion in Peking in 1900, or more so how the British responded.

WATCH at 7:30 p.m. ET: Pray for America with Elizabeth Farah 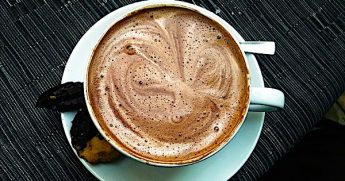 Drinking hot cocoa could make you smarter, especially if it's enriched with this