The California State Assembly passed a bill Thursday mandating schools permit boys to play on girls' athletic teams and utilize the ladies' locker room if they gender identify as girls – or vice-versa for girls identifying as boys.

The bill's author, openly homosexual San Francisco Democrat Tom Ammiano, has been an activist for lesbian, "gay," bisexual and transgender, or LGBT, issues for decades and reportedly became in 1975 the first San Francisco public school teacher to make his homosexuality public. Ammiano later co-founded an LGBT organization with Harvey Milk, the homosexual activist about whom Hollywood made a recent feature film and California schools celebrate an annual day of remembrance.

Ammiano told the Los Angeles Times some parents may be uncomfortable with their children sharing bathrooms with students of a different sex, but he said, "It's also important to protect our children from prejudice."

"There's no trampling of other people's rights," he said. "There's a recognition that other people have the same rights that you do."

Ammiano cited the case of Eli Erlick, a high school student in Mendocino County who was born male but identifies as female. Ammiano said Erlick was prohibited from participating in girls' gym classes while in middle school and noted that Erlick's parents testified in favor of the bill.

By a vote of 46-25, carried without any affirmative votes from Republican lawmakers, the California Assembly passed the bill, AB 1266, which amends Section 221.5 of the state's Education Code as follows: "A pupil shall be permitted to participate in sex-segregated school programs and activities, including athletic teams and competitions, and use facilities consistent with his or her gender identity, irrespective of the gender listed on the pupil's records."

The bill would affect not only interscholastic sports, but also sex-segregated physical education classes.

An analysis of the bill quoted Ammiano: "When transgender students are denied the opportunity to participate in physical education classes in a manner consistent with their gender identity, they miss out on … important benefits and suffer from stigmatization and isolation."

A spokeswoman for the California Catholic Conference, however, told the Times the mandate steps in where a case-by-case basis would be a better solution.

"Our Legislature tends to get involved in things that are better handled in local school districts," said spokeswoman Carol Hogan.

She also said the law could be abused by students seeking easy access to the opposite sex.

As WND reported earlier, the Pacific Justice Institute launched a website, GenderInsanity.com, to bring attention to AB 1266, as well as to SB 323, which would eliminate key tax exemptions for the Boy Scouts of America if the organization were to not accept "gender identity" and homosexuality.

WND has also reported on other radical moves California lawmakers already have adopted, including SB 48, which requires positive portrayals of LGBT persons in class.

Others cited by the pro-family SaveCalifornia.com as being on a radical sex agenda include: 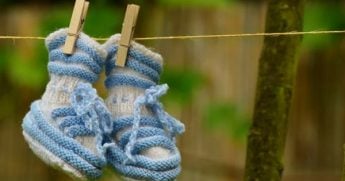 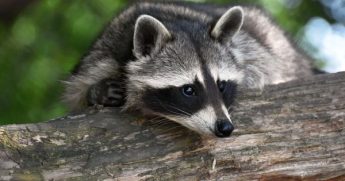