A CBS news anchor who resigned this year after allegedly choking his newscaster wife is now exploding a series of F-bombs on local media covering his saga.

As WND reported in February, police say Rob Morrison, a 44-year-old morning news anchor for New York City's WCBS-TV, choked his wife Ashley during a fight at the couple's Darien, Conn., home, and threatened to kill her after his arrest.

The Darien Times now reports Mr. Morrison called the paper on Tuesday and launched into a vicious slew of insults and obscenities.

The paper said he was expressing his frustration that the Times published a story he said was "bullsh--" and "completely inaccurate." After insulting the Times and claiming its sources "suck," the former news anchor – described by the New York Post as raging, mad and broke – also said the Times was "shi---," and not doing its due diligence.

Reports say Morrison seemed angry at his hometown paper for phoning his defense lawyer for comment.

"You know every time you call my f---ing attorney, it costs me a thousand dollars?" he told the paper. CBS News anchor Rob Morrison faces a felony charge in the alleged strangulation of his wife.

In his rant, Morrison also questioned why the paper would rely on records from the court clerk.

"The clerk is your source? [The state's attorney] you f---ing idiot," he told the Connecticut paper. "F--- the clerk."

Morrison had been scheduled to appear in court Tuesday for arraignment, but that was postponed until May 21.

He faces charges of felony second-degree strangulation and misdemeanor threatening and disorderly conduct.

Morrison, who has denied attacking his wife, said authorities can't be believed, and he slammed the paper for publishing "whatever is f---ing fed to you on some press release or some form."

The Times said it invited Morrison for an interview, then informed him the conversation was all on the record, at which point he hung up the phone.

His wife, Ashley Morrison, is an anchor for CBS MoneyWatch.

WCBS-TV is a "network O & O," an owned-and-operated affiliate of the CBS Television Network, based in New York City. 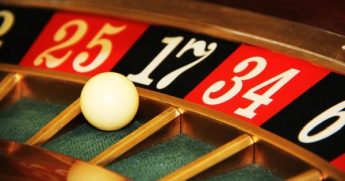