Another beauty-pageant contestant is making headlines after having a mental glitch trying to answer a question during Sunday night's Miss USA competition.

But things turned less than flattering during the question-and-answer portion of the program.

She was posed this question from panelist NeNe Leakes, the star of "Real Housewives":

"A recent report shows that in 40 percent of American families with children, women are the primary earners, yet they continue to earn less than men. What does it say about society?"

After nodding along with the question and taking a moment to think about her response, Powell then opened her mouth with this classic answer:

"I think we can relate this back to education, and how we are continuing to try to strive ... to ... figure out how to create jobs right now. That is the biggest problem.

"And I think, especially the men are ... um ... seen as the leaders of this, and so we need to try to figure out how to create education better. So that we can solve this problem. Thank you." The YouTube clip of the answer has been viewed more than 270,000 times as of 2 p.m. Eastern Monday afternoon.

Powell's response is reminiscent of Miss Teen USA 2007, Miss South Carolina Caitlin Upton, who meandered on about the inability of some young people to find the United States on a world map, stating: 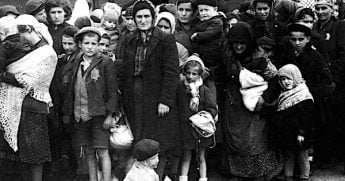