(WNBC-TV) A man described as a disgruntled former employee walked into an office of a company that makes light fixtures and shot two people, killing one, before fleeing, prompting a lockdown of a nearby shopping mall Wednesday, authorities said.

Police were searching for the suspect, said to be in his 60s, after he entered the office of the light fixture company on South Street, near the Roosevelt Field Mall in East Garden City, shortly after 10 a.m. and opened fire.

He fled, possibly in a white Honda, after shooting the two victims. The condition of the surviving victim wasn't immediately clear. 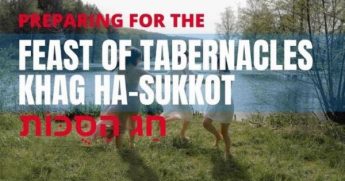 Preparing for Tabernacles! Why do we keep it and how