"Have you ever passed through the furnace and been taught by the Spirit of God that your natural gifts go for naught unless you have the fire of heaven in your soul? You can't go on heavenly missions without heavenly fire."

This week I had a conversation with a friend of mine about the lack of Christ in the professed Christians in this country. The conversation lead into what people think Jesus Christ came into the world to do, turning His character into something that is, in fact, completely opposite of who Christ was incarnate. Christ was one who spoke boldly (John 7:26) and not as the scribes, who came to bring a sword and not peace (Matthew 10:34). Rather than Christ in power as a conqueror (Revelations 6:2), the professed church has attempted to make Him look and act just like themselves (Exodus 20:4): tolerant and fruitless, fallen and defeated, when in fact nothing could be further from the truth (Hebrews 12:2).

Friends, it never ceases to amaze me – the complete incompetence (corruption in government, abortion, homosexuality, lack of obedience, etc.) I have seen in the professed church in America.

Yes, I said the professed church.

And of course I am making the distinction between the goats and the sheep, keeping in mind that nobody rebuked the religious hypocrites more then Jesus Christ Himself (Matthew 23).

So, then, how do we reconcile the present church with men of old that proved the God of Abraham, Isaac and Jacob?

John G. Lake said, "… Christianity did not go into the world apologizing. It went to slay the powers of darkness and undo the works of the devil, and it lived in holy triumph."

Let me explain: Friends, the life of a Christian is warfare, an intense warfare, and it is a lifelong contest.

John Calvin said, "Whomsoever the Lord has adopted and deemed worthy of His fellowship ought to prepare themselves for a hard, toilsome and unquiet life, crammed with very many and various kinds of evil."

Or what about George Whitfield? He said, "The riches of His free grace cause me daily to triumph over all the temptations of the wicked one, who is very vigilant, and seeks all occasions to disturb me."

Christianity is a battle waged against invisible foes who are always alert and ever seeking to entrap, deceive and ruin the souls of men.

The Christian life is no picnic or excursion. It is not entertainment or a pleasure trip. It involves effort, wrestling and struggling (Acts 14:22). It demands putting forth the full energy of your spirit in order to frustrate the foe and be in the end more than a conqueror (Romans 8:37). It is not a flower-strewn path, no rose-scented affair. From start to finish, it is spiritual warfare. It is a battle, not a game. From the moment they first draw their spiritual swords, Christian warriors are compelled to "Endure hardness, as a good soldier of Jesus Christ" (2 Timothy 2:3).

What a misconception many people have of the Christian life! How little the average church members appear to know of the character of the conflict and its demands upon them! How ignorant they seem to be of the enemies they must encounter if they are to serve God faithfully, succeed in getting to Heaven and receive the crown of life! (Matthew 7:13) They scarcely seem to realize that the world, the flesh and the devil will oppose their onward march – and will totally defeat them unless they give themselves to constant vigilance and unceasing prayer (Revelations 12:17).

And it is just at this point I mean to highlight the professed church's greatest defects. There is little to nothing of the soldier element in it (2 Timothy 2:3). The discipline, self-denial, spirit of hardship and determination that belong to the military life and are so prominent in it are lacking in Christianity. Yet, my friends, the Christian life is warfare from the beginning to end.

Who are the men that got the job done? Watch my video:

Think the Trayvon Martin/Zimmerman case was bad? You should see what MSNBC and Rachel Maddow did to Bradlee Dean. Help in his lawsuit against them. Stand for America and get your free gift. 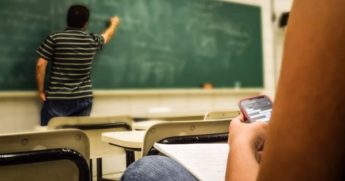 Biden admin may be breaking the law with education panel stacked with leftist activists, senators say 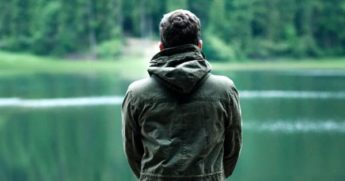 Stanford under investigation for allegedly discriminating against men