WASHINGTON – The Department of Defense is seriously looking at eliminating all of the the military's remaining commissaries as a budget-cutting measure, but the action, to begin in 2015, would cut one of the basic benefits allotted to military families.

Since DOD efforts to shut down the 178 stores statewide and another 70 overseas require congressional approval, there promises to be stiff opposition among lawmakers who are reluctant to cut benefits for the military.

There also is concern that elimination of the commissary benefit for service personnel who already receive comparatively lower pay when compared with civilian counterparts could negatively affect recruitment for the all-voluntary military.

The proposal to cut all commissary benefits to the military stems from the congressionally mandated sequestration to trim $1 trillion in government spending over 10 years, fully half of which would come from the defense budget.

Commissaries already are closed every Wednesday as a result of sequestration, which went into effect last March.

While deliberations to prevent sequestration from going into effect were underway prior to March, Defense Commissary Agency head Joseph Jeu said several actions would have to be implemented to reduce spending to a level mandated by Congress.

The Defense Commissary Agency, or DeCA, oversees all functions of U.S. commissaries worldwide.  In consultation with the Joint Staff under the Office of the Chairman of the Joint Chiefs of Staff, the Pentagon's office of the comptroller asked for a plan to eliminate the commissaries for the fiscal-year 2015 Defense budget proposal.

Despite criticism of putting commissaries on the chopping block, Defense Secretary Chuck Hagel has stated that "all cost-cutting efforts need to be on the table," DoD spokeswoman Joy Crabaugh told the Air Force Times.

"At this time, no final decisions have been made on the fiscal 2015 budget submission," Crabaugh said. "Therefore, it would be inappropriate to discuss any specific budget decisions."

According to Tom Gordy of the Armed Forces Marketing Council, closing all or most of the U.S. commissaries would lead to higher prices and a degraded benefit in remaining stores.

The council represents some 330 manufacturers of products sold in commissaries.

In recent written testimony for the House Armed Services Committee, Gordy said the proposal to close U.S. stores "would eliminate the benefit for millions of families, breaking a commitment that has been made to every service member."

Steve Rossetti of the American Logistics Association expressed concern that a proposal to close the commissaries could possibly come from within DOD.

Commissaries, he said, are "one of the most valued benefits" to military families. "For what this costs the department, they get a huge return" from the benefit and such other factors as jobs for military spouses.

It is estimated that some 30 percent of DeCA employees are spouses.

According to Jeu, DeCA receives some $1.4 billion from the defense budget, adding that the budget has been reduced annually by $700 million over the past 20 years.

Officials with the American Federation of Government Employees, a union which represents civilian federal workers, says the existing furlough and potential elimination would cause major financial problems for its members.

In Hampton Roads, Va., a major area for the Navy and other services, more than 100,000 residents and their families in the area are eligible to shop at the region's five commissaries where active-duty families and military retires can buy groceries and household goods tax-free.

As it now stands, commissary shoppers pay a five-percent surcharge on all purchases, which goes toward building construction and maintenance. The salaries of commissary workers come from the DeCA's $1.4 billion budget.

Even with the five-percent surcharge, groceries sold at the commissaries still cost 30 percent less than at grocery stores in the civilian economy.

"The commissary continues to be one of the most valued non-pay compensation benefits our military members – past and present – and their families enjoy," Jeu recently told Congress.

He said the commissary benefit is an "integral element" of the total compensation package in which the average military family of four saves as much as $4,500 a year in groceries.

Other economic measures being considered in lieu of closing down the commissaries include raising the commissary surcharge from five to 10 percent and raising prices by up to three percent. 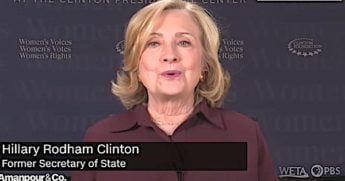 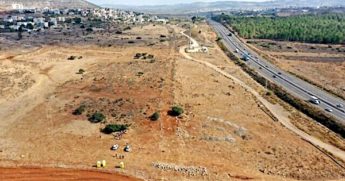