WASHINGTON — Aaron Carson Vaughn was an All-American kid who became the best of the best, one of the most skilled warriors in history.

He was a highly decorated member of the elite Navy SEAL Team 6, but he was killed in Afghanistan under suspicious circumstances. 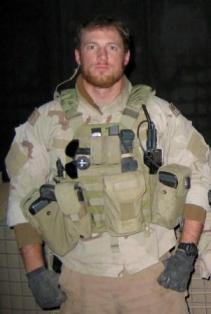 According to his father, Aaron's life was squandered by a president who was more concerned with appeasing the enemy, and even our allies, than protecting those serving under his command.

Billy Vaughn also believes his son is dead because the Obama administration put a target right on the back of SEAL Team 6.

That's why the title of Billy's book about his son is "Betrayed."

Retired Lt. Gen. Jerry Boykin described the book as "a fascinating story of incredible courage and sacrifice, government deceit and the changing nature of warfare."

And syndicated columnist Diana West wrote, "Betrayed takes aim at the lies and secrecy of a government no longer true to the American people -- not even to the families whose sons have paid the ultimate price."

Born to be a SEAL

Aaron Vaughn grew up on a small Tennessee farm enjoying fishing, hunting, football, four-wheeling and mudding. But he was born for something bigger, and he knew it. 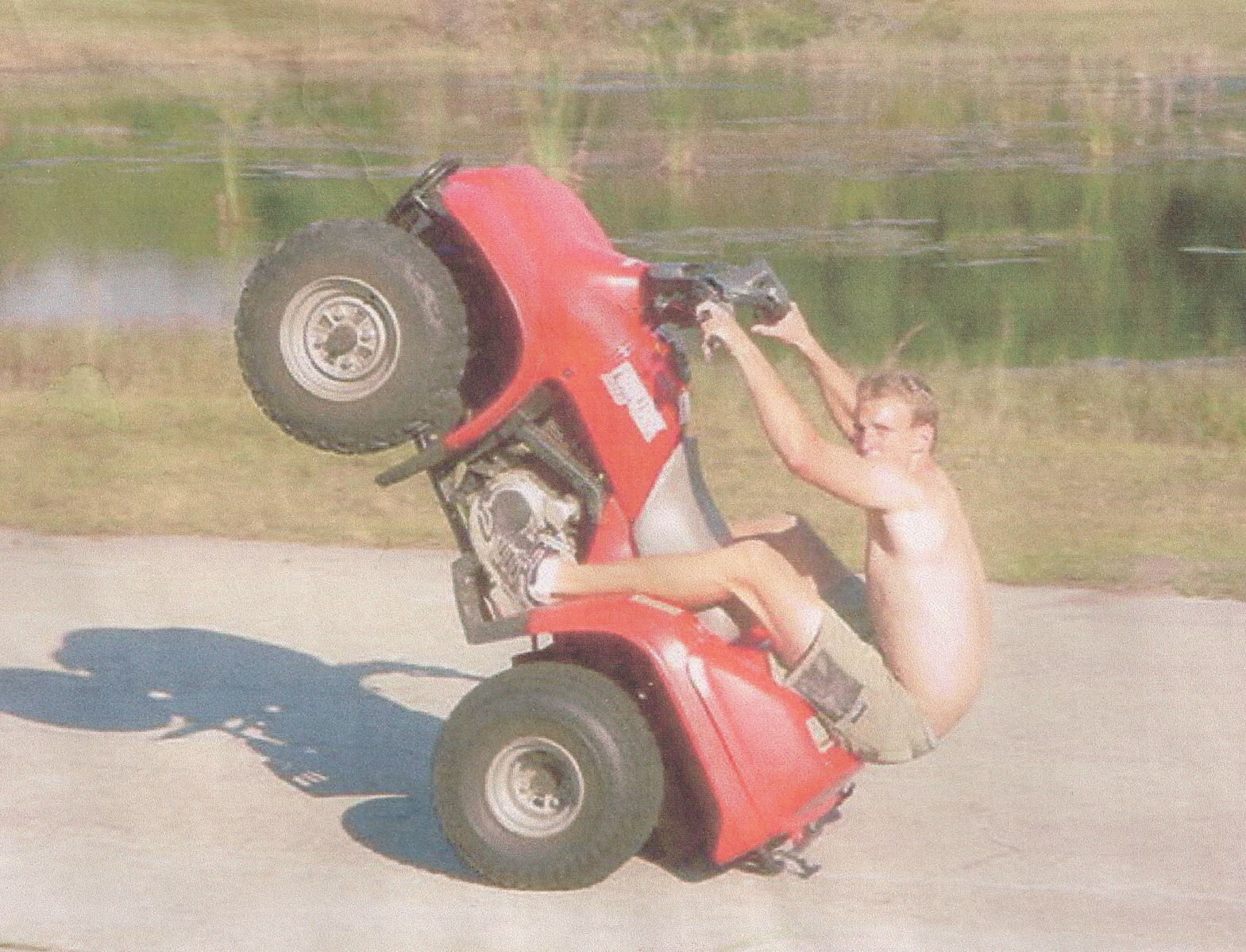 At age 8, he began telling people, "One day, I'm going to be a Navy SEAL." But he didn't know he would have to overcome a torn ACL that left him even unable to jog, and two failed surgeries, to even try to realize his dream.

Aaron's father believes, because "he gave his life to Christ at such an early age," his son always had a clear understanding of right and wrong, and good and evil, and also had a keen sense of history that "recognized the 1,400-year-old-war Islam has waged upon the world."

Aaron was a family man, a devoted husband and father of two who risked everything to serve his country.

Tragically, according to Billy, Aaron became the sacrificial victim of a president more concerned with a quixotic quest to win hearts and minds than in winning a war.

"This is what our government wants, the appeasement of our so-called allies as well as our enemies," Billy told WND. 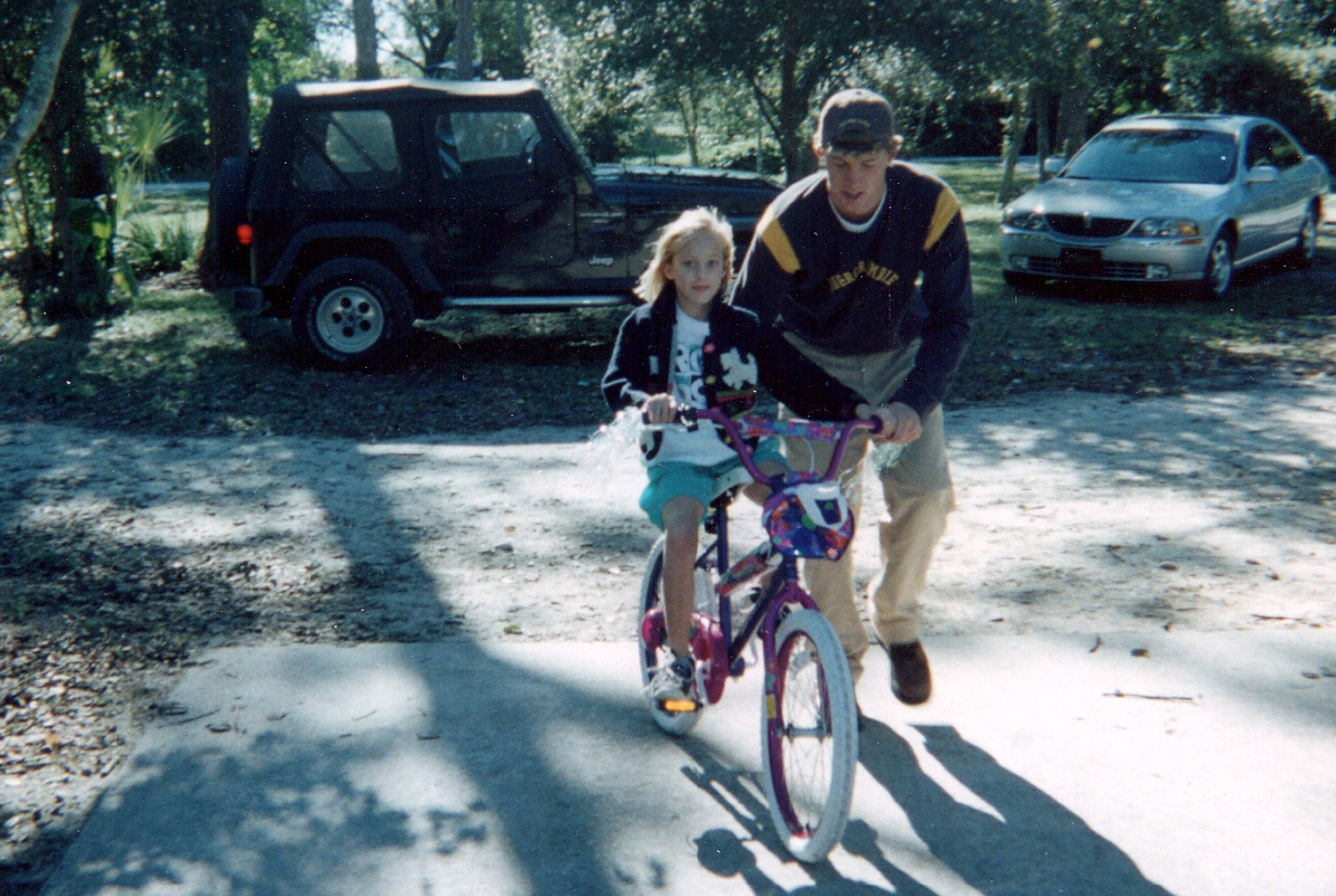 Asked whether he believes President Obama is sacrificing American lives for politics, he said, "Yes, I absolutely do. We know that he did not take the advice of his generals in Afghanistan. We know what a train wreck he has committed in Iraq, snatching defeat from the jaws of victory. We know that he is removing generals and admirals, one after another."

And why would Obama do that?

"He is removing the men who might advise him differently than the route he wants to go," he said.

Billy said Obama's "hearts and minds' strategy" made his son's death a "calamity waiting to happen" and that "the shoot down of Extortion 17 (the call sign for the mission helicopter) is a symptom of a far bigger problem in our military today."

Do you believe President Obama is causing American blood to be shed?

Thirty-year-old Special Operations Chief Aaron Vaughn was one of 30 U.S. special forces soldiers among those killed on Aug. 6, 2011, when a Chinook chopper was shot down by the Taliban in eastern Afghanistan.

The deaths are not unrelated, according to Aaron's father, and many others.

They strongly suspect the downing of Extortion 17 was payback against SEAL Team VI for the death of bin Laden.

And they blame the Obama administration for recklessly identifying who killed the famous terrorist leader.

WND asked Billy: Who holds the most responsibility for your son's death?

"Absolutely, it is the United States government." 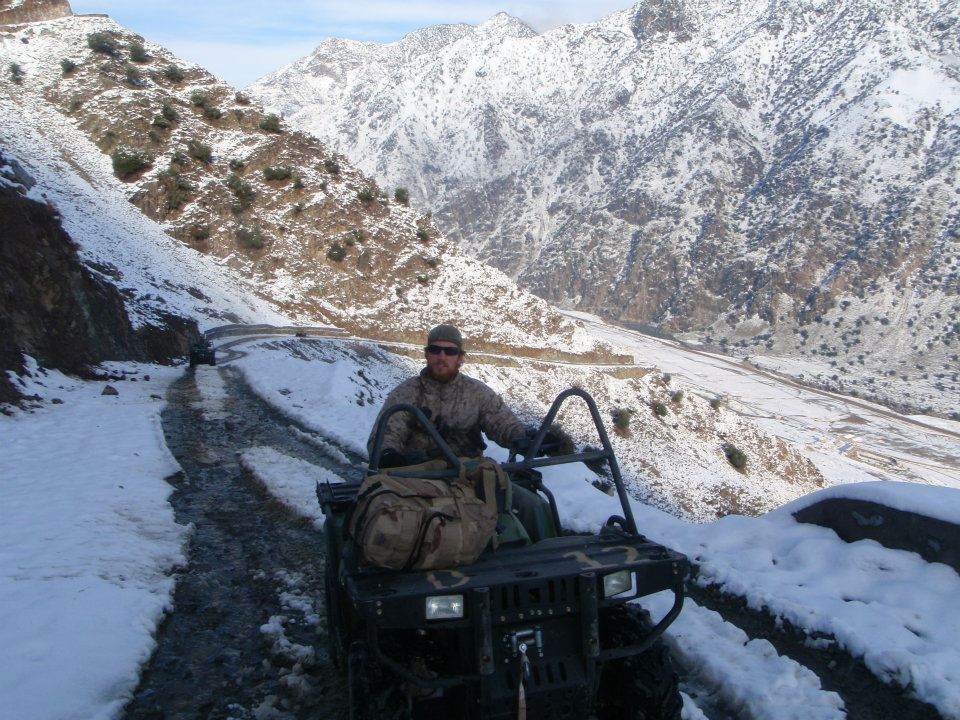 Blood is pooling in the oval office

He strongly suggested the U.S. president has the blood of American fighters on his hands.

Billy implied the commander in chief is a bigger threat to U.S. military personnel than even the Taliban: "The biggest killing field opened up on our American warriors today in that foreign land is on their rear flank by the Obama administration."

He also suggested that a cowed military brass also has American blood on its hands and that high-ranking military leaders "refuse to speak up" because of politics.

"I think we need to withdraw our war fighters everywhere until this man is out of the White House and our rules of engagement are changed to allow our men and women to fight to win." 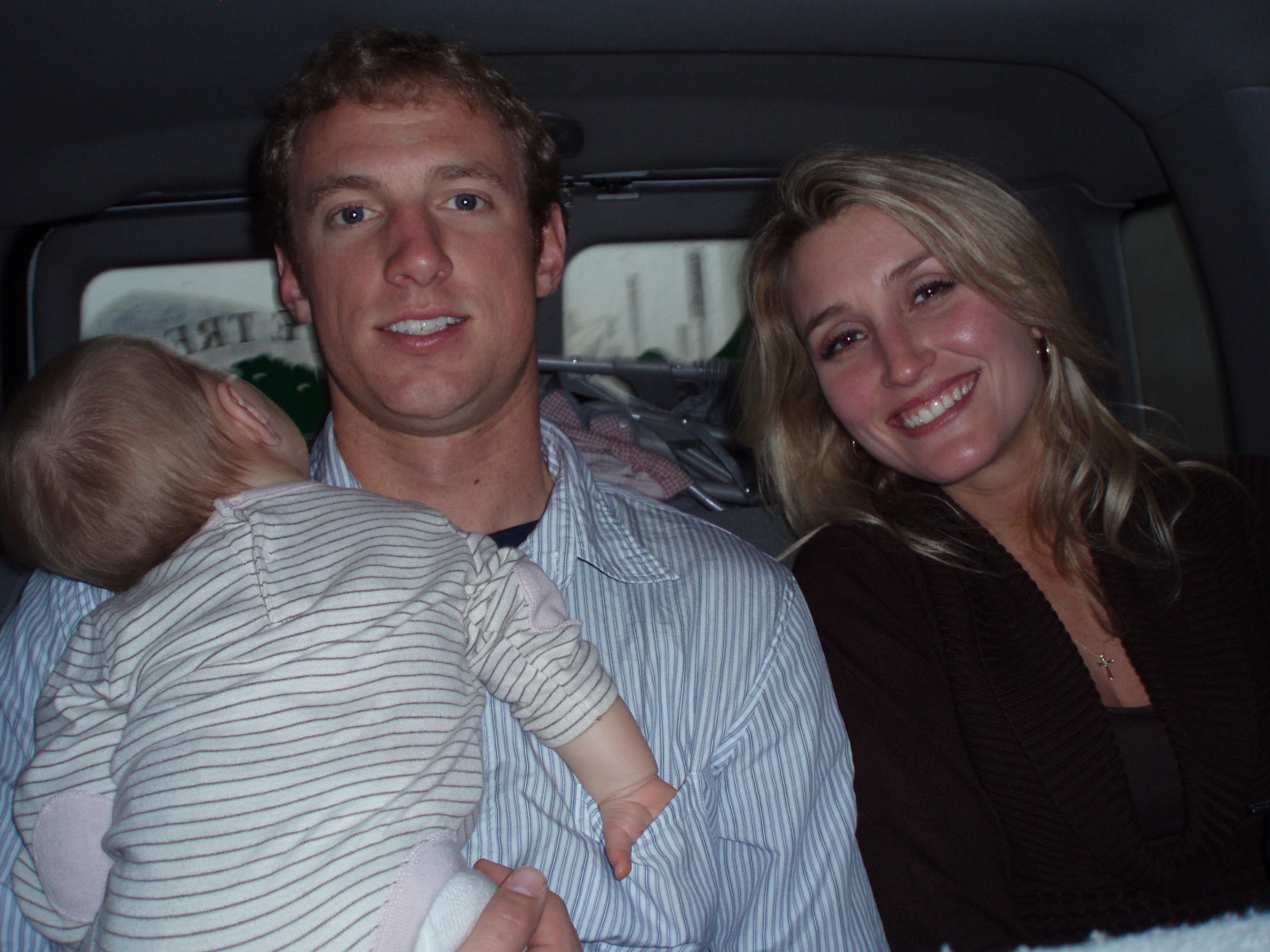 There is a fog surrounding the downing of Extortion 17, which leaves the families of those killed with many questions unanswered to this day.

What happened to Extortion 17?

There is no mystery who made the leak. It was the vice president of the United States, and he did it very publicly.

Vice President Joe Biden told the world in a speech on May 3, 2011, during a Washington, D.C., dinner event that a Navy SEAL team killed bin Laden.

SEALs were stunned by the revelation.

However, the administration had actually beaten Biden to the punch and almost immediately leaked word to the media that SEAL Team VI had killed the al-Qaida chief.

The very day of the mission, ABC News reported, "The force that swooped down on the world's most wanted terrorist has been identified as SEAL Team Six of the "Naval Special Warfare Development Group."

But, to the contrary, it appeared the administration had not been able to wait even 24 hours to reap political gains at the possible expense of the very team that executed the mission. 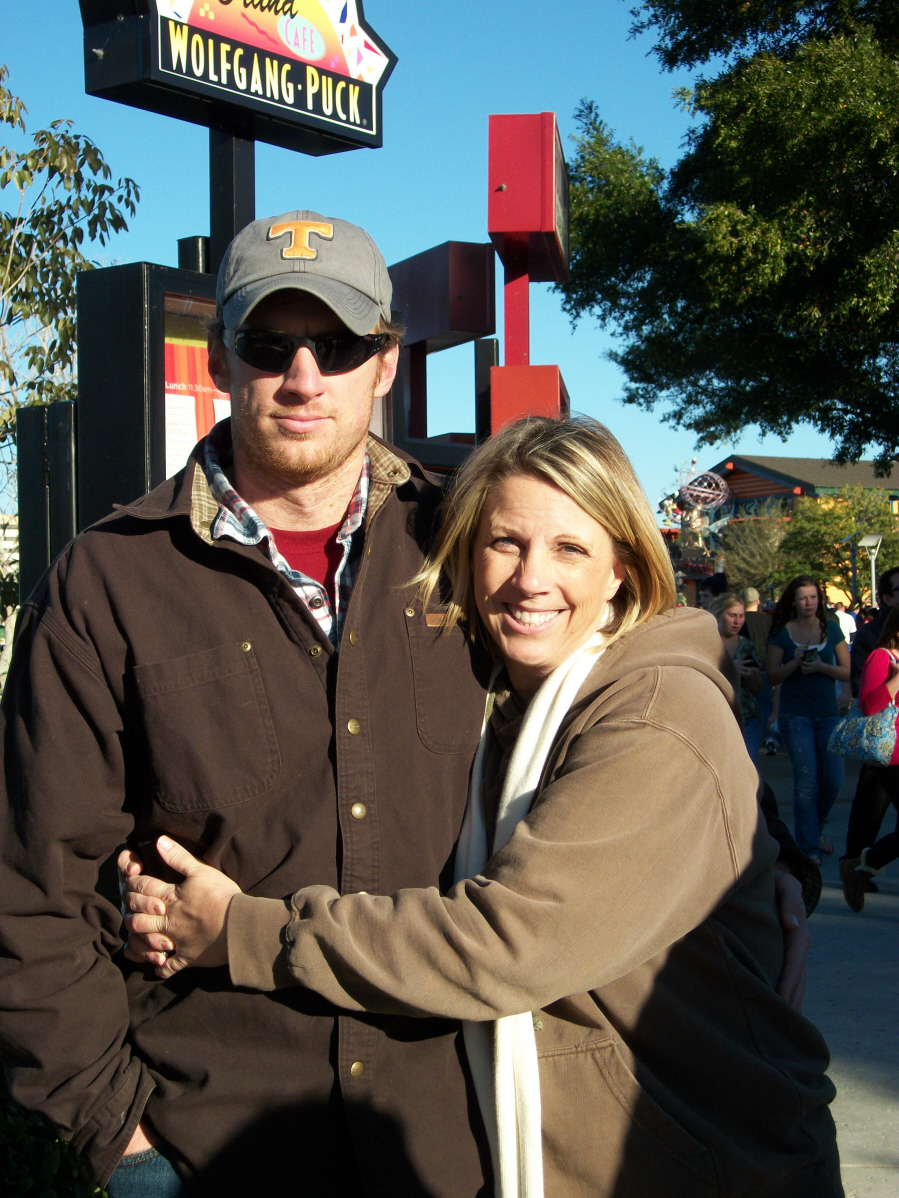 Billy said Aaron immediately told his mother, Karen, to delete all personal information from social media sites and to remove every reference to SEAL Team VI from her Facebook and Twitter accounts.

"The next day Aaron called his mom and said, 'Mom, you need to take everything off your social media. There's chatter. Our lives are in danger. Your life is in danger,'" Billy told WND.

“I never heard Aaron this concerned and worried in his entire life,” Karen told the Washington Times. “He called me and said, ‘Mom, you and Dad have to take everything down. Biden has just put a huge target on everybody.’”

Karen told Fox News, "I realized all of those families, you know, you're talking about a community of around 300 families who were all of a sudden made targets by this administration.”

The Washington Times was scathing in its condemnation of the vice president's revelation.

"Mr. Biden is a cynical opportunist, who will say and do anything to advance Mr. Obama’s agenda. He hung the SEALs out to dry in order to score cheap political points. He compromised a highly sensitive, covert operation that ended up costing dozens of U.S. lives."

(An earlier version of this article contained the outdated information that the Vaughns are among several SEAL Team VI family members represented by former Reagan Justice Department attorney Larry Klayman in a lawsuit filed against Vice President Joe Biden, former Secretary of Defense Leon Panetta and Afghan President Hamid Karzai. Billy and Karen Vaughn withdrew from that suit and are represented solely by The North American Law Center and Attorney Stephen Pidgeon.) 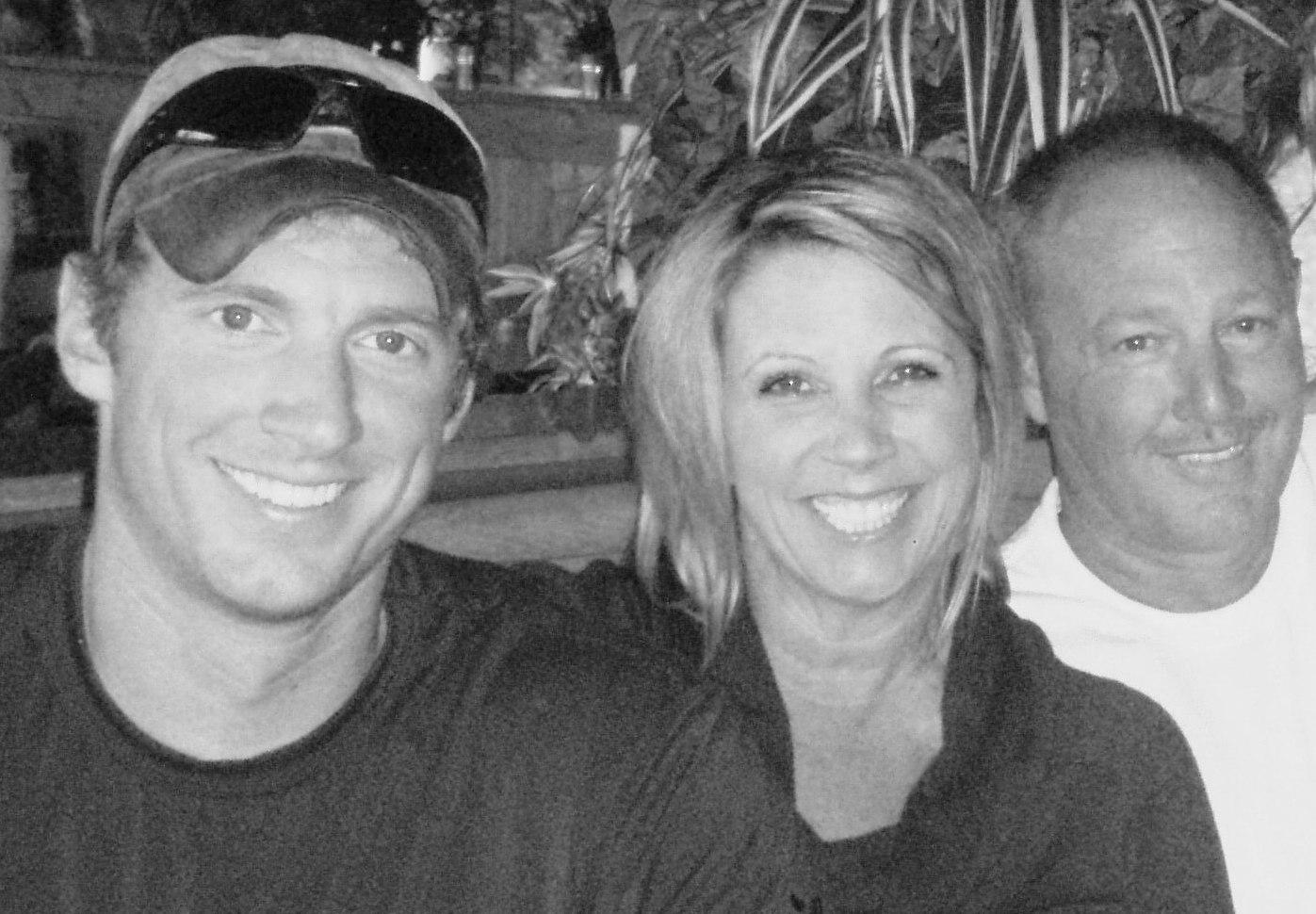 As WND has reported, among their many suspicions, the families of the fallen question the sudden replacement of seven Afghan commandos on board the helicopter just before take-off. The seven who died in the attack are not the seven listed in the flight manifest. The families say, to this day, none of them know who those dead Afghans were.

That leads the families to wonder if the original Afghan commandos may have tipped off the Taliban as to who was on board.

Was the fate of Extortion 17 due to negligence or a set-up?

Billy told WND he believed the downing of the chopper was an inside job.

"Everything points to a probable ambush."

Was that because, if our allies knew, then our enemy knew, as well?

"Absolutely," he said. "The Pakistanis knew, too. And we had just invaded their sovereign air space 93 days earlier to kill bin Laden."

Some suspect the Taliban set a trap by luring the SEALs into a firefight with false information about the presence of a high-value target.

A series of factors combined to make the family believe this attack was carefully planned and not just the result of a random “lucky shot,” as the U.S. military brass had told them.

Billy said the SEALs were ferried by a Vietnam-era Chinook helicopter rather than their customary state-of-the art special forces choppers because of a shortage of those models, due to an increase in special operations ordered by the president. 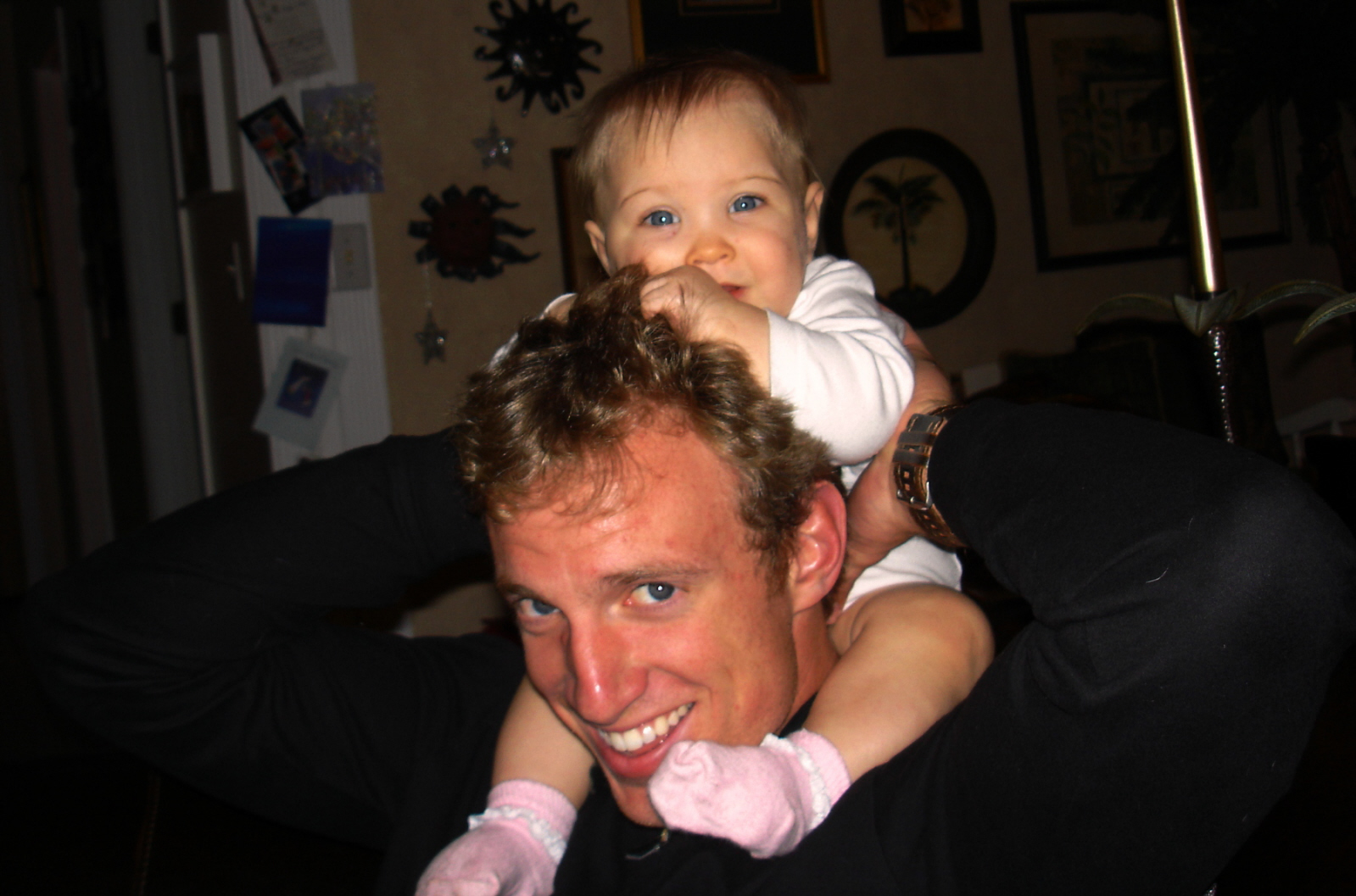 Billy said special operations commanders were essentially tasked with filling quotas, because the president wanted to report an increase in the "surge" requested by military brass, while actually winding down overall combat operations.

The father called it a "fake war."

The Taliban were apparently aware of that situation and quite plausibly could have been waiting for the opportunity to target the older and much more vulnerable aircraft.

Making matters infinitely worse, before landing the Chinook, rules of engagement prevented U.S. fighters from clearing the area of potential enemies with suppressing fire because there could possibly have been civilians in the area.

Lt. Col. West said to put a Chinook into an operation that had been going on for hours with no suppressing fire was “incomprehensible.”

The Chinook was attacked at its most vulnerable moment, just as it was landing.

The U.S. military said the helicopter was hit by a "one-in-a-million" rocket-propelled-grenade lucky shot, but others suspect the craft was more likely hit by a heat-seeking missile. 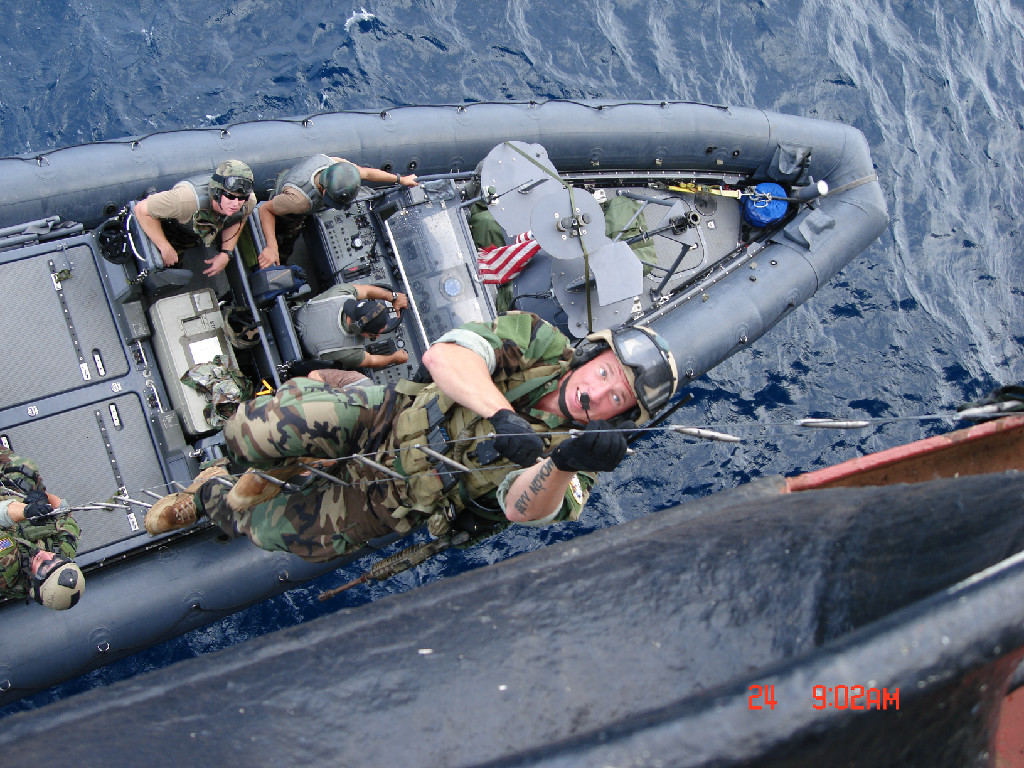 Perhaps more than any other factor, Billy blamed his son's death on the "winning hearts and minds" strategy that caused so many other dangerous factors to come into play, such as the lack of suppressing fire and the integration of less-than-trustworthy Afghans into the ranks.

"All the years Aaron was training to be a SEAL he never once told me, 'Dad, we're being trained to win their hearts and minds.'"

Billy said he didn't remember the U.S. military trying to win the hearts and minds of the Nazis in World War II.

On the website devoted to Aaron, Billy and Karen expressed their devotion to fighting this war culturally, as opposed to kinetically, and WND asked what that meant.

"It's what Karen and I feel we must do," he said. "The U.S.A. could win this war against the jihadists tomorrow, if we would engage them."

Billy warned we must learn from history.

President Obama declared America will never be at war against Islam. But Billy believes radical Islam is at war with America.

"Islamist jihadists are fully engaged against America today," he said. "They are operating on our soil. Our walls have been breached." 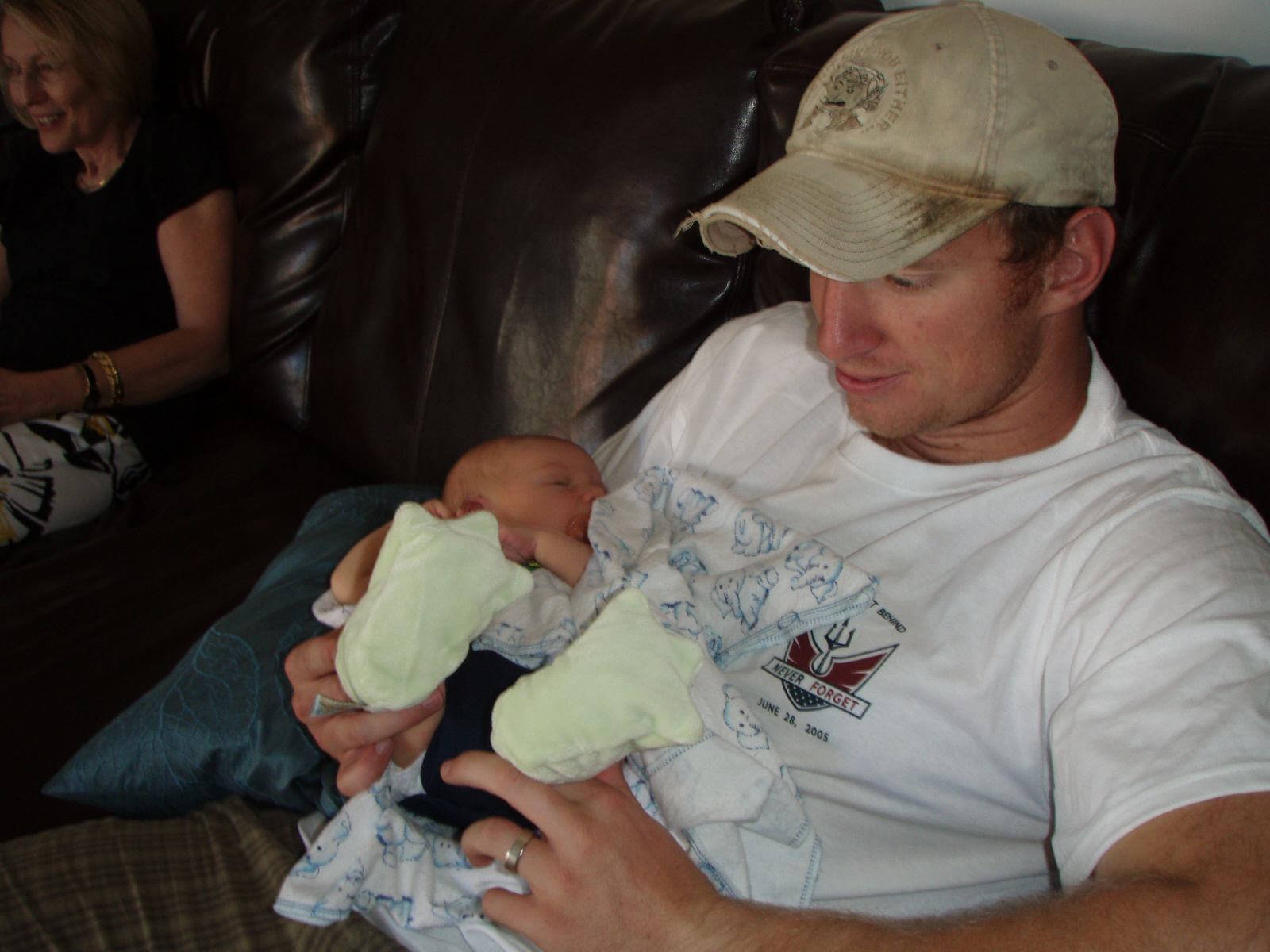 He believes America has let its guard down since Sept. 11, 2001, and, "We have Muslim Brotherhood in our government actively working against regular American citizens."

Billy describes jihadist infiltration in America as a clear and present danger made worse because it is being ignored.

"Today, we are not worried about the jihadists being here, and they are here among us, and they are winning everyday because we refuse to engage," he said.

'We could very easily lose'

Billy, a devout Christian, puts the emphasis on love rather than hate.

"They (American warriors) volunteered to go fight in a foreign land because they love what's behind them more than they hate what's in front of them."

He closed with one last warning: "We could lose, even after all those men and women have sacrificed." 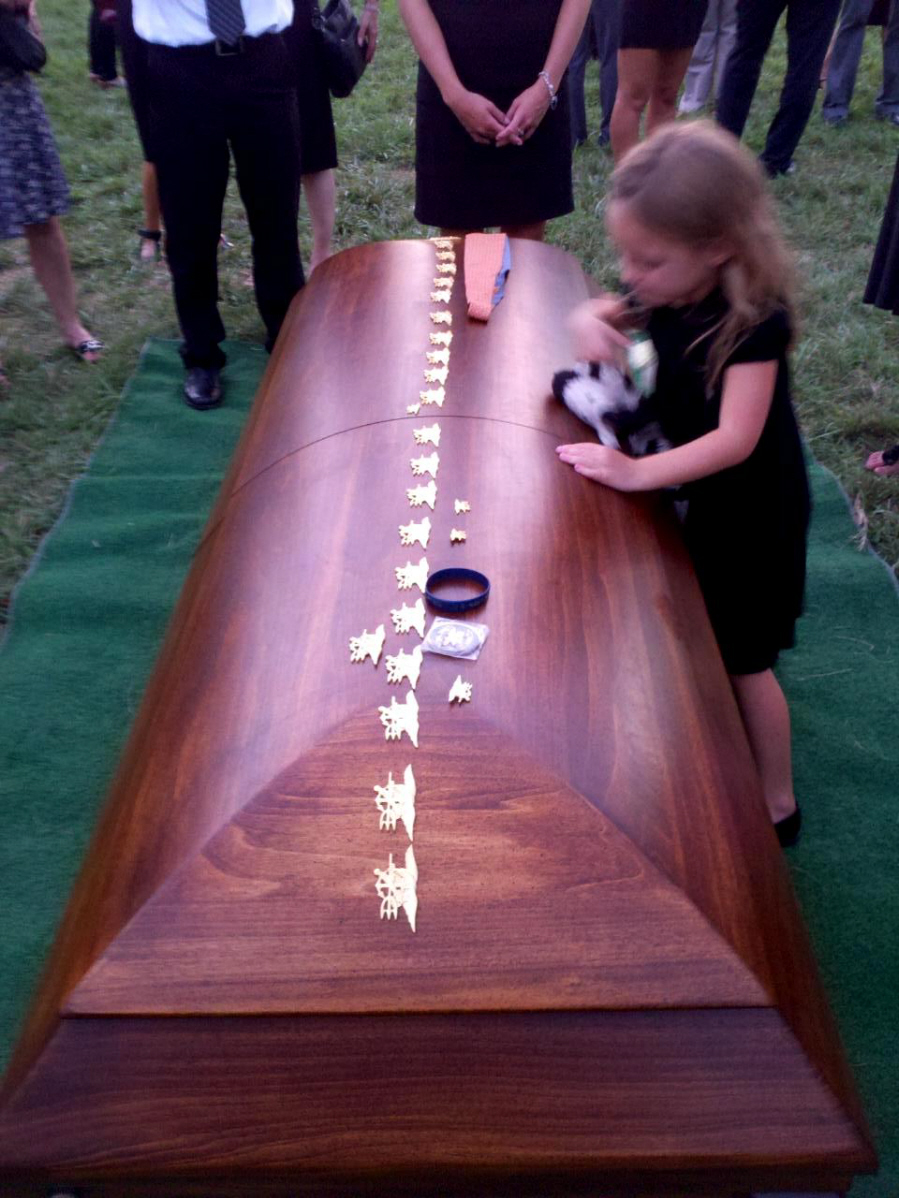