As news organizations nationwide tout their end-of-year lists of “most important stories of 2013,” a note of irony is hard to miss.

"News 12 Brooklyn has been counting down the top stories in the borough for 2013 as voted by our viewers, and coming in at No. 1," reports the local TV news outlet, "is a violent spree of so-called 'Knockout Game' assaults."

And so it is. Starting very late in the year – specifically, since just before Thanksgiving, when three prime-time Fox News shows, "Hannity," "The O'Reilly Factor" and "On the Record," discovered the issue – the disturbing story of black-on-white mob violence has been on every news organization’s radar.

See News 12 Brooklyn’s report on the No. 1 story of the year, the Knockout Game:

Yet prior to November, almost no news organization in the country would dignify the "top story" as even existing, typically reporting the epidemic of brutal black-on-white attacks without any acknowledgement of the race of the perpetrators.

Virtually the sole exception was WND, which since early 2012 has published frequent news stories by journalist-author Colin Flaherty documenting, in word and video, the stunning epidemic of black-mob violence sweeping America.

In fact, so absent from the news has been any other reporting on what is now the "top story" that for two years, WND has posted the following note at the beginning of each and every story by Flaherty:

"(Editor's note: Colin Flaherty has done more reporting than any other journalist on what appears to be a nationwide trend of skyrocketing black-on-white crime, violence and abuse. WND features these reports to counterbalance the virtual blackout by the rest of the media due to their concerns that reporting such incidents would be inflammatory or even racist. WND considers it racist NOT to report racial abuse solely because of the skin color of the perpetrators or victims.)" In the racially charged and sometimes deadly crime called the Knockout Game, one or more assailants, usually black, target a randomly selected white person and, for amusement, try to knock out the unsuspecting victim with a single punch.

Despite the documented violence caused by the Knockout Game, including six deaths nationwide since 2009, some on the left are downplaying the violence.

Numerous liberal commentators and news outlets have disparaged those who report factually on the Knockout Game. A Los Angeles Times columnist called the game a "faux trend." A Slate writer claimed that those concerned about the Knockout Game have "concoct[ed] weird trends and games out of thin air."

The New York Times believes there is a question as to whether the Knockout Game is “a spreading menace or a myth." Obviously, Brooklyn residents are convinced it's not a "myth," having dubbed it the top story of the year.

"People who don't believe that it exists in NYC right now remind me of people who used to say the Internet is just a fad," he said. 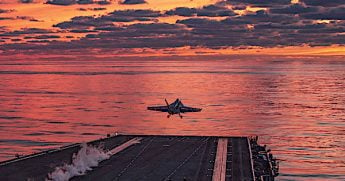