WASHINGTON – Members of the Chinese military are looking to use an electromagnetic pulse as part of a "one-two punch" to knock out – literally within seconds – all defensive electronics not only on Taiwan but also on U.S. warships that could defend the island.

This revelation comes in an article by Lou Xiaoqing who says the People's Liberation Army sees an EMP weapon as the primary means of incapacitating Taiwan and disabling American defenders nearby.

Given that such a strategy was made public in an article entitled "Electromagnetic pulse bombs are Chinese ace," it is seen as reflecting the official Chinese government position.

Xaoqing said that if the Chinese were to use a high-altitude nuclear device which would create the destructive EMP impact on Taiwan's electronics, it would be exploded at an attitude of 18 miles to avoid damaging civilian and military equipment on the Chinese mainland, which might happen if the bomb exploded at a higher altitude.

"China is attracted to the fight against the U.S. military after the effective range, using them as a means of surprise attack or an intimidation factor," Xaoqing said. "The United States will abandon the use of aircraft carrier battle groups to defend Taiwan."

Xaoqing said that the Chinese military has calculated that the U.S. military is too fragmented and, coupled with the downturn in the economy, would be less likely to come to Taiwan's assistance, forcing Taiwan to defend itself.

Contrary to popular belief, the 1979 Taiwan Relations Act does not require the United States to intervene militarily if the Chinese mainland attacks Taiwan. Instead, it has adopted what is called a policy of "strategic ambiguity" in which the U.S. neither will confirm nor deny that it would intervene on Taiwan's behalf.

The legislation, however, does require the U.S. to "provide Taiwan with arms of a defensive character" and "to maintain the capacity of the United States to resist any resort to force or other forms of coercion that would jeopardize the security, or the social or economic system, of the people of Taiwan."

As WND previously has reported, China is giving a priority to developing EMP weapons that could be used against U.S. aircraft carriers, which increasingly are arriving in the South and East China Seas as part of the new U.S. "pivot" policy toward Asia.

That policy is to challenge China's claims over all of the East and South China Seas and the increasing assertiveness by Beijing, which is trying to gain exclusive control over vital minerals and energy in the region.

There already have been instances of military confrontations between China and neighbors such as Vietnam, the Philippines and Japan.

With a history of animosity, China and Japan now have conflicting claims of ownership over two South China Sea islands.

China calls the islands Diaoyu while Japan refers to them as Senkaku. The Japanese have evidence of their claim – in having purchased them from private citizens years ago – and the U.S. supports Japan's claim.

A 2005 U.S. National Ground Intelligence Center study that was classified secret but released two years ago said China's development of high-powered microwave weapons is part of its "assassin's mace" arsenal – weapons that allow a technologically inferior country such as China and even North Korea to defeat U.S. military forces.

Microwaves and the gamma rays from a nuclear blast are forms of electromagnetic energy. The bombs are designed to be exploded at a high altitude to knock out all unprotected electronics, including electrical grids, computers and automobiles over a wide geographical area.

Even the declassified NGIC report pointed out that the use of an EMP against Taiwan at an altitude of 30 to 40 kilometers would "confine the EMP effects to Taiwan and its immediate vicinity and minimize damage to electronics on the mainland."

The report particularly said that China's DF-21 medium-range ballistic missile could be the platform to be used to launch an EMP attack on Taiwan.

In outlining China's one-two punch, Xaoqing said that in the first punch the Chinese military would disable non-hardened electronics and command and control centers.

He said that an EMP would be especially attractive because it acts with the speed of light in any kind of weather, would hit multiple targets over a wide area and minimize damage in politically sensitive environments.

Given the relatively low altitude of 18 miles at which a Chinese EMP would be detonated over Taiwan, Xaoqing said the second punch would create certain health effects from exposure to an EMP.

He said that based on Chinese research in 2005 that assessed the effects of an EMP on heart cells, it would make peoples' hearts unable to function as well as they should, with possible death or serious damage of the heart and, by extension, death to those exposed to an EMP.

If exposed to explosions at higher altitudes, the effects of an EMP would be less damaging to peoples' health, he said.

While there wouldn't be a 100 percent kill rate, Xaoqing said, he said it could lead to long term disability to those most susceptible to an EMP, such as the elderly, young and unborn.

Get "A Nation Forsaken" by Michael Maloof and become part of the solution rather than part of the problem. 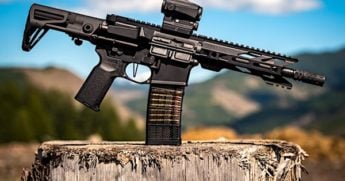