Where the United States is heading, and where many think it should he heading, is expected to be defined in so many words tonight when "2016" moviemaker Dinesh D'Souza debates President Obama's longtime buddy, unrepentant terrorist Bill Ayers.

The topic will be "What's So Great About America?" and the face-off features D'Souza, whose 2008 film, "2016: Obama's America," envisions the dire consequences he expects from Obama's tenure in the White House.

It's the second-highest grossing political documentary of all time.

Watch Bill Ayers and Dinesh D'Souza face off over "What's So Great About America?" This extraordinary Left versus Right debate will take place tonight, Jan. 30, at 7:30 pm EST.

Ayers, meanwhile, with his wife, Bernardine Dohrn, were the main founders of the domestic terror group the Weather Underground, which ultimately was assigned responsibility for dozens of bombings aimed at destroying the defense and security infrastructure of the U.S.

Ayers characterized the Weather Underground as "an American Red Army" and said the ideology was to: "Kill all the rich people. Break up their cars and apartments. Bring the revolution home. Kill your parents."

In a 2001 memoir, he wrote, "Everything was absolutely ideal on the day I bombed the Pentagon. The sky was blue. The birds were singing. And the bastards were finally going to get what was coming to them."

In a 2001 interview with the New York Times, Ayers said, "I don't regret setting bombs. I feel we didn't do enough." Accompanying the article was a photograph of him stepping on an American flag.

Ayers worked for years in the education industry in Chicago, and is noted for holding a fundraiser for Obama in that city while Obama was launching his political career. He's also been cited by many as the real author of "Dreams From My Father," which purportedly is Obama's autobiographical writing.

"It will be a great opportunity for the American people to tune in online and see the stark differences between the spirit of 1776 that gave us this great country and the spirit of 1968 – the radical vision for our nation that has brought us to the brink of destruction."

His appearance has been overshadowed by the recent accusation from authorities that he donated more than the legal requirement to the 2006 campaign of Republican Wendy Long, who lost the race for the U.S. Senate seat in New York that had been vacated by Hillary Clinton.

As WND reported, many of D'Souza's defenders see the indictment as the administration exacting revenge over D'Souza's film. 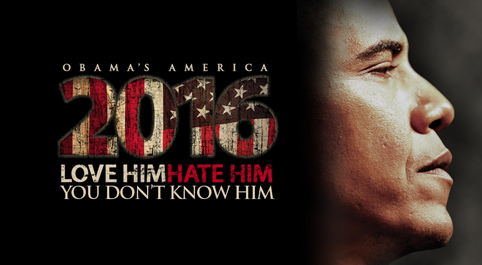 Molen, in a previous WND interview, called the charges against D'Souza "the equivalent of prosecuting a political dissident in the Soviet Union for jaywalking."

"Yes, jaywalking in the Soviet Union is a crime, but it's a minor crime. The real point is that you are a political dissenter and the government wants to put you away," he said.

"When Dinesh D'Souza can be prosecuted for making a movie," he continued, "every American should ask themselves one question: 'What will I do to preserve the First Amendment?'"

In pointed out that D'Souza's new project is arriving just before the 2014 midterm election.

"What Dinesh D'Souza proved is there is a huge appetite, a huge audience, for the kinds of films that he and I make. That's why it won't happen again. Because, the other side knows that. And they want to make sure that doesn't happen," observed Lynch.

Dinesh D'Souza's books are available at the WND Superstore

His new "America" is scheduled for release July 4, and Molen predicts it will become a thorn in Obama's side because of the prosecution against D'Souza.

"This action may have been designed to intimidate us, but it will have the opposite effect," Molen said.

D'Souza's lawyer, Benjamin Brafman, released a statement saying, "Mr. D'Souza did not act with any corrupt or criminal intent whatsoever. He and the candidate have been friends since their college days, and at worst, this was an act of misguided friendship by D'Souza."

Watch Bill Ayers and Dinesh D'Souza face off over "What's So Great About America?" This extraordinary Left versus Right debate will take place tonight, Jan. 30, at 7:30 pm EST.