When stopped by police in his yellow Lamborghini, Bieber barraged officers with a string of F-bombs, babbled incoherently, refused to get out of his car and, when he finally stepped out, declined to take his hands out of his pockets, according to the police report.

He was booked at Miami Beach police headquarters on DUI, resisting arrest and drag-racing, a police spokesman said. The musician’s entourage had apparently used their cars to block traffic on Pine Tree Drive at 26th Street, a residential area, at 4:30 a.m., creating a drag strip for the young star, who had been on a party spree in South Florida.

Supremes should restore rights for the religious 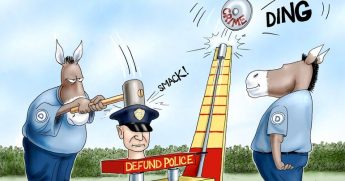