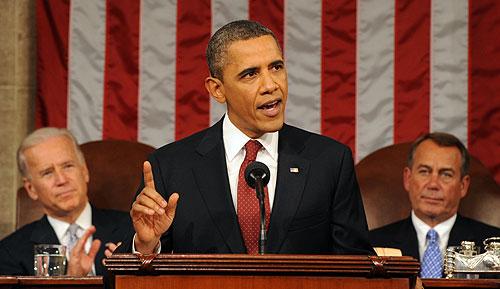 WASHINGTON — President Obama will apparently use Tuesday night's State of the Union address to ask the public to help him go around an already-unpopular Congress to accomplish his remaining goals.

Senior White House adviser Dan Pfeiffer told CNN, "We need to show the American people that we can get something done."

According to analysts, the White House may be showing a trace of desperation because of polls such as one from the Washington Post and ABC News that show 63 percent of Americans lack confidence in Obama’s ability to make the right decisions for the country’s future.

The Wall Street Journal said that same poll showed "the president's lethargic record of accomplishments in 2013 raised doubts among Americans that he is capable of tackling the country's problems."

That's why, despite receiving sharp criticism for already using executive orders to bypass Congress, Obama seems to be preparing to double-down on that strategy by promising even more such actions.

“President Obama has a resolution for 2014: That this will be a year of action," Pfeiffer wrote in an email to supporters.

The administration is portraying executive actions as way to get things done, and hoping the public will see that as better than gridlock in a Congress that's even less-popular than the president. The White House is is also anticipating it will have little success in Congress where many Republicans have little enthusiasm for the President's agenda.

"He will be looking for areas of bipartisan cooperation, but he won't be waiting on Congress to act. Instead, the President will use his executive authority, both his pen and his phone, to work with anyone to get things done," said Pfeiffer.

Obama had already announced a major theme of his remaining time in office will be to fix what he calls as "income inequality" and conservatives see as redistribution of wealth.

Some media outlets are reporting the White House is ready to take unilateral action, such as executive orders, to "close the gap between rich and poor Americans."

But others are reporting the president will modify his jargon, and instead of using the buzzwords "income inequality" to push for such goals as raising the minimum wage, he will talk about expanding opportunities to make a case that the rich have too much power.

As the Wall Street Journal put it, "The president has championed policies designed to address what he sees as economic inequality, but is moving to shift the focus onto economic opportunity so as not to alienate certain voters in 2014's elections."

The White House described to reporters the broad themes of the speech as "opportunity, action and optimism."

It is the propriety of those "actions" that has caused such sharp disagreement.

All presidents can impose policy with directives, executive orders and by exercising rule-making authority at all federal agencies, but critics say this administration has been using those tools to change law, not just policy. 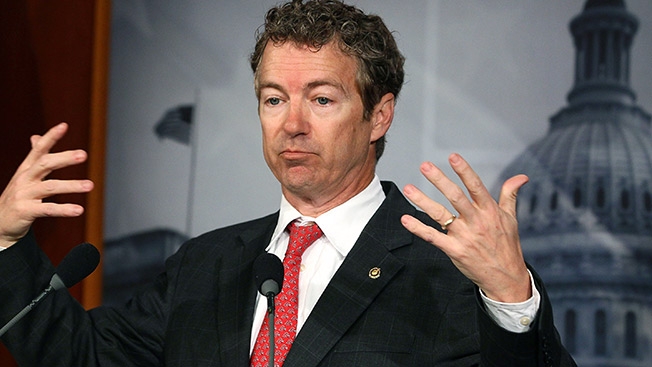 Pfeiffer defended the administration's actions as an effective way to govern when we have a "divided government," and White House Press Secretary Jay Carney added the president will "bypass Congress where necessary."

"It sounds vaguely like a threat, and I think it also has a certain amount of arrogance," said Sen. Rand Paul, R-Ky.

The senator did not see a divided government as necessarily a bad thing, adding, "Welcome to the real world. It's hard to convince people to get legislation through. It takes consensus."

Paul added, "But that's what he (the president) needs to be doing is building consensus and not taking his pen and creating law."

"The president has sort of hung out on the left and tried to get what he wants through the bureaucracy as opposed to moving to the political center," said Sen. Majority Leader Mitch McConnell, R-Ky.

“If the president really intends to govern through executive fiat, he will incur a tremendous amount of resistance from both policymakers and the American people,” said Rep. David Schweikert, R-Ariz.

But no critic of the president has been as scathing as Sen. Ted Cruz, R-Texas, who warned of a dangerous "pattern of lawlessness."

"We have never had a president who over and over again openly aggressively defies the law," Cruz told talk-radio host Mark Levin. "If he doesn’t like the law, he refuses to enforce it or he simply proclaims it changed and this is something that ought to bother everyone."

Cruz declared, "A president who can pick and choose which laws to follow is no longer a president. That's dangerous."

Critics point to such major changes to law as the delaying the employer mandate in Obamacare, as well as forcing insurance companies to offer less-expensive plans that the health-care law actually prohibits.

They also cite the president's decision not to enforce the Defense of Marriage Act and his de-facto granting of amnesty to many young illegal immigrants, after the Dream Act failed to pass in Congress, by failing to fully enforce immigration laws.

And now, Obama seems to be picking up the pace on his directives.

And the president is getting pressure from the left to take even more unilateral actions to change Environmental Protection Agency rules to prevent what they see as the threat from global warming.

The Hill reports there are 200 actions the president could take on the environment alone, according to a report issued last week by the Center for the New Energy Economy.

Reports conflict as to whether the administration will use the State of the Union speech to make another major push for what it calls "comprehensive immigration reform" and opponents call "amnesty."

The Senate passed such a bill last year but it died in the Republican-led House.

The president is also expected try to sell the country on Obamacare after a disastrous launch in October and a series of problems, ever since.

The administration's latest problem with the law is there will not be enough young people will signed-up by the March 31 deadline to keep costs down.

And, he is expected to press Congress to extend long-term unemployment benefits.

The president is anticipated to touch upon foreign policy topics only briefly, mentioning the war in Afghanistan will formally end this year, but not announce whether any U.S. troops will remain there after 2014.

He is also expected to call for support of his nuclear negotiations with Iran. scheduled to resume next month.

What would Republicans like to hear from the president?

A spokesman for House Speaker John Boehner, said the GOP wish list includes "expanding trade, approving the Keystone pipeline and promoting education and skills training for those still struggling in this economy."

The State of the Union response by the GOP will be delivered this year by Rep. Cathy McMorris Rodgers, R-Wash., the highest-ranking Republican woman in the House.

Sen. Paul will deliver his own response.