"One of the things I'm most proud of about my country is the fact that we did lick McCarthyism back in the '50s."

"I still call myself a communist, because communism is no more what Russia made of it than Christianity is what the churches make of it." (1995 interview)

American folksinger and communist activist Pete Seeger (1919-2014) died a few days ago. To the Democrat Socialist Party, Seeger was a venerated hero who possessed his capacity for societal inequality without ever losing his ability to sing "freedom" songs, including songs about a love of a utopian ideal of a country without racism and poverty, hatred and war. To the left he was a patriot: a champion of social justice. To the right he was an unremarkable musician, a communist, a communist sympathizer who used his vast popularity to enable and legitimize murderous dictators across the world while ignoring the desperate pleas of the hundreds of millions they murdered in the name of communism and socialism.

Seeger's comment about defeating McCarthyism as his greatest achievement is instructive, for Sen. Joe McCarthy, R-Wis., was the one man in the 1950s whose Senate hearings put the fear of God in the hearts of legions of communists and communist sympathizers like Seeger, Hollywood, the leftist media, the academy, the unions, environmentalists, anarchists, radicals, progressives, liberals, socialists– i.e., the base of the Democratic Socialist Party and Communist Party USA.

Seeger helped score the soundtrack for the labor and civil rights movements and changed minds by getting people to sing. In 1949 one of Seeger's most famous songs was "If I Had a [Soviet] Hammer [and Sickle]," written in support of the socialist/progressive movement later popularized by Peter, Paul and Mary. He had appeared before the House Un-American Activities Committee and declined to testify. "You may be cited for contempt of Congress," the committee chairman told him. "Sir," replied Seeger. "I have nothing but contempt for this Congress." This arrogant contempt of Congress, particularly to questioning by Republicans, would cement the reputation of Pete Seeger as a hero of the left, yet when it came to standing up to and speaking out against some of the 20th centuries greatest tyrants and genocidal murders – Mussolini, Franco, Mao, Hitler, Pol Pot, Ho Chi Minh, Lenin and especially Stalin (whose Soviet Union Seeger repeatedly visited in 1964, 1967, 1981 and North Korea in 1972): socialist, communist and Marxist mass murders – all old Songbird Seeger had for them is exalting songs of praise heaped upon these despots. Stalin's obedient little minstrel … Pete Seeger.

In a 2012 essay titled, "The Communist singer who gave America Obama," I referenced Dr. Paul Kengor's notable book, "The Communist," about the life of Barack Obama's surrogate father (who some like filmmaker Joel Gilbert calls Obama's "real father"), Frank Marshall Davis (1905-87). Kengor refers to Seeger and fellow communist Paul Robeson as "Potemkin Progressives" who, like many famous American progressives in the 1920s-60s, had severe misunderstandings of things Soviet and Stalin and effectively used their public notoriety to increase and transmit their misinformation to the public on a grand, diabolical scale.

Seeger's love affair with communism dates back to 1936 where at the age of 17 he joined the Young Communist League (YCL), then at the height of its popularity and influence. In 1942 Seeger joined the Communist Party USA (CPUSA). Yet in spite of the fall of the Soviet Union in 1989/90, Seeger's devotion to communism remained steadfast. In a 1995 interview, he insisted that "I still call myself a communist, because communism is no more what Russia made of it than Christianity is what the churches make of it." In 2006, David Boaz – Voice of America and NPR commentator and president of the libertarian Cato Institute – excoriated Seeger in an op-ed in The Guardian, entitled "Stalin's Songbird." He denounced the New Yorker and New York Times for praising Seeger, categorizing the singer as "someone with a longtime habit of following the party line" who had only "eventually" separated with the CPUSA.

The day he died, President Barack Obama called Seeger "America's tuning fork" who believed in "the power of song" to bring social change. "Over the years, Pete used his voice and his [Soviet] hammer [and Sickle] to strike blows for worker's rights and civil rights; world peace and environmental conservation, and he always invited us to sing along. For reminding us where we come from and showing us where we need to go, we will always be grateful to Pete Seeger. Michelle and I send our thoughts and prayers to Pete's family and all those who loved him," Obama remarked.

Who was largely responsible for much of the mass social upheaval in America from the Loyalists' treasonous alliance with King George III, to slavery and the KKK, to Jim Crow discrimination, ghetto gulags, the Welfare State and voluntary genocide (abortion)? The Democratic Socialist Party, that's who. Nevertheless the left received very little historical condemnation, both then and now, for blacks who are slavishly loyal to the party. Here in Detroit where I live, blacks voted for Obama's socialist slavery at 98 percent! ... and black people don't listen to Seeger's music.

Conservative intellectual Ann Coulter had this to say about the legendary legacy of Sen. Joe McCarthy – America's greatest politician of the 20th century (and that includes Ronald Reagan) who was vindicated 40 years later by the release of transcribed decrypted Soviet cables called the Venona Papers (1995):

Among the most notorious Soviet spies in high-level positions in the Roosevelt and Truman administrations – now proved absolutely, beyond question by the Soviet cables – were Alger Hiss at the State Department; Harry Dexter White, assistant secretary of the Treasury Department, later appointed to the International Monetary Fund by President Truman; Lauchlin Currie, personal assistant to President Roosevelt and White House liaison to the State Department under both Roosevelt and Truman; Laurence Duggan, head of the Latin American Desk at the State Department; Frank Coe, U.S. representative on the International Monetary Fund; Solomon Adler, senior Treasury Department official; Klaus Fuchs, top atomic scientist; and Duncan Lee, senior aide to the head of the OSS.

America, we've got to stop celebrating American communists, communist sympathizers and liberal fascist radicals like Pete Seeger, Hollywood, Broadway, Obama and the Democratic Socialist Party, and instead marginalize and punish them as the traitors they truly are. Sing songs not to the communist Pete Seeger, but extolling the great name of a forgotten, misunderstood, yet a legendary, heroic conservative Republican … Sen. Joe McCarthy. 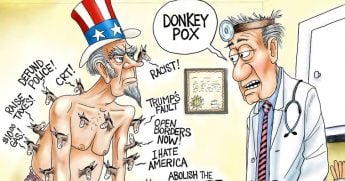 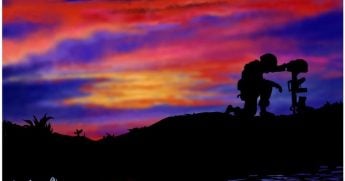