That's the essence of a plan by Sen. Ted Cruz, R-Texas, to jump-start an American energy renaissance.

Speaking to a packed crowd at Heritage Action's Conservative Policy Summit on Capitol Hill, Cruz detailed his new energy proposal, the American Energy Renaissance Act, which seeks to expand domestic energy production by cutting back on a string of regulations implemented by the Obama administration.

On Monday afternoon, Cruz attacked what he considered outdated, Jimmy Carter-era U.S. energy policy, laying out the framework of sweeping energy legislation he plans to introduce in the coming days. His bill aims to "expand domestic energy exploration, stop harmful regulations and eliminate barriers to trade and development of infrastructure" to promote job creation and economic growth.

Cruz referenced Carter's 1977 "Moral Equivalent of War" energy speech in which he laid out 10 principles to end the energy crisis.

"I'm pretty sure every single word in that entire speech is wrong—including 'and' and 'the,'" Cruz joked to the audience of conservatives.

Cruz's sweeping legislation calls for a halt on federal regulation on hydraulic fracturing, or "fracking," and for the Keystone XL pipeline to be approved, among a handful of other deregulation proposals.

"A Great American Energy Renaissance is at our fingertips," Cruz said. "There is only one thing that will stop us from embracing it to its full potential: The federal government."

"Nothing else will stop the next generation of American energy pioneers. It won't be lack of determination, ingenuity or grit. It will be some faceless bureaucrat who simply says, 'You're not allowed to do that,'" Cruz added.

Cruz called President Obama’s opposition to the Keystone XL pipeline "political" and said green activists should support it because it is safer for the environment than alternatives, namely relying on overseas shipments of oil.

"If you are a Birkenstock-wearing, tree-hugging Greenpeace activist, you should love the Keystone pipeline," he said.

Other proposals in his bill include repealing the renewable fuel standard, streamlining the permitting process for updating and building new refineries and removing barriers to approving additional national pipelines and cross-border energy infrastructure.

Cruz also called for an end to Environmental Protection Agency overreach and the "war on coal," by excluding greenhouse gases from EPA regulation.

Cruz also called for support of the Regulations From the Executive in Need of Scrutiny Act, or REINS, which would require congressional approval for all major rules and regulations.

The senator tied his proposals back to job growth and economic recovery, noting the number of private-sector jobs that would become available through lifting various regulations.

He proposed broadening energy development on federal land as well as expanding offshore exploration, particularly in the areas of the Outer Continental Shelf.

Cruz is perhaps best known for his focus on health-care policy, in particular, his staunch opposition to Obamacare. His broadened focus to energy policy is believed by some to be a further hint at a 2016 presidential run.

The legislation would end the crude oil export ban and seek to expand liquefied natural gas, or LNG, exports.

Cruz pointed out, "The bureaucratic paperwork to export LNG has been mind-numbingly slow." 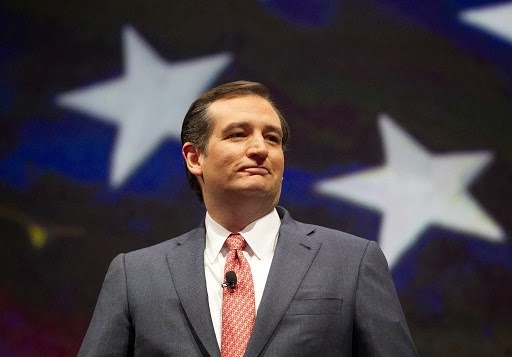 Sticking with his theme of economic recovery and looking to the future, Cruz proposed the creation of the "Debt Freedom Fund," a trust fund that all additional revenues generated by greater energy exploration and drilling on federal lands would bring about.

The trust fund would be solely dedicated to paying down the national debt.

Speaking on the skyrocketing debt, Cruz lamented, "Our grandparents didn't do this to us. They didn't leave us a crushing debt. How can we do this to our kids and grandkids?"

"The government will not solve our economic problems by controlling the economy or placing bureaucratic barriers to growth," Cruz said.

"The only thing that it must do is what it did in the Ronald Reagan era: Get out of our way and let Americans do what they do best – dream, innovate, and prosper."