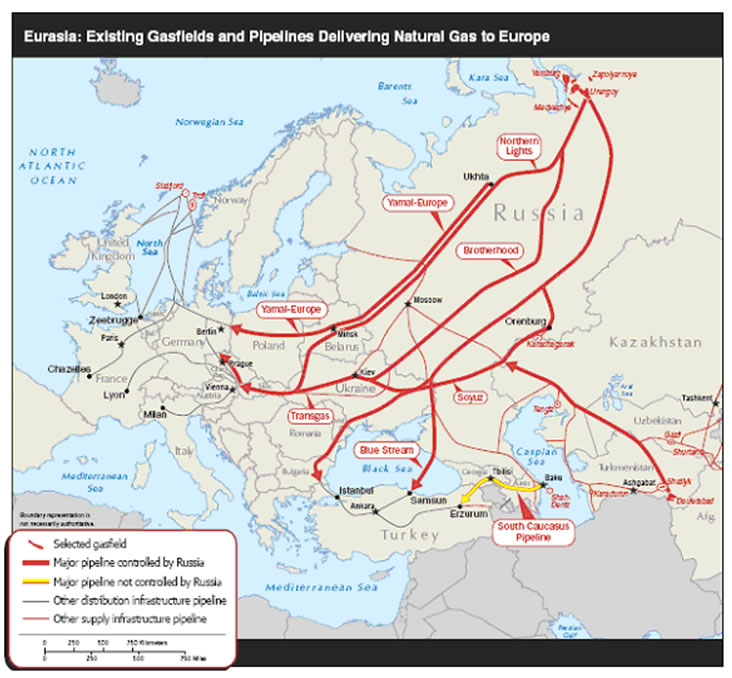 WASHINGTON – As Russia takes back Ukrainian Crimea while the European Union and the United States issue limited sanctions in response, the Europeans are blaming the U.S. for not seeing this crisis coming.

However, EU members were warned as far back as 1981. At the time, the Pentagon expressed major opposition to European support for construction of the Trans-Siberian pipeline that would bring Russian oil and natural gas to Europe.

As constructed, the 2,800-mile pipeline is one of Russia’s main gas pipelines, cutting through Ukraine.

The U.S. security concern was that Moscow could use such European energy reliance as political leverage or even blackmail to limit any political, economic or military response from the West to the then-Soviet Union.

At the time, the Reagan administration refused to allow U.S. companies to participate in the pipeline’s construction. The Europeans, however, said their companies already had contracts and refused to renege on them. European company assistance resulted in U.S. sanctions against those firms.

U.S. experts involved in efforts to dissuade the Europeans from completing the pipeline say the crisis was one of the most serious transatlantic disputes of the Cold War.

Today, the Ukraine crisis has demonstrated Europe’s dependency on Russia for a third of its energy and the EU's limits in responding to a crisis in its own backyard.

“This is one of Europe’s consistent problems,” one source who worked the issue in the Pentagon at the time told WND.

“The Europeans make decisions for immediate economic gratification but fail to look at the long-term implications of those decisions. In the case of Ukraine, Europe only now is beginning to realize what impact a short-sighted decision made a little more than 30 years ago is having politically, economically and militarily.

“All current options are very limited,” he said, “but now the crisis has emboldened Putin to look to such other countries as Georgia and Moldova where Russia has troops, and even Armenia, where it has a base to annex without serious opposition.”

A report of the open intelligence Langley Intelligence Network, or LIGNET, said the "rising specter of conflict between the European Union and Russia over Ukraine and Crimea has served to expose the EU’s serious energy vulnerabilities and geopolitical divisions."

“At risk of supply cuts and price gouging, the EU has an urgent strategic need for reliable alternative sources of energy free from Russia’s grasp,” the report said.

Even if Russia cuts back on energy supplies to Europe, it could find alternative customers, as the cut in supply to Europe inevitably will increase prices, something Putin will rely on to sustain an economy based on income from energy export sales.

Asia would appear to be the alternative recipient for Russian energy, should EU countries be left scrambling to look for alternative sources. If the EU has to rely on more expensive energy from the U.S., it could have an unsettling impact on the European population.

“As long as the United States lacks the infrastructure to export American gas, the EU will be in a bind,” LIGNET said.