WASHINGTON — Spring has brought new reason to hope for the release of Christian Pastor Saeed Abedini, a U.S. citizen shackled and imprisoned in Iran.

The Persian New Year "Nowruz," which began on the first day of spring, is a 13-day celebration of the rebirth of nature, but it's also when Iranian prisoners are historically granted amnesty.

The Iran Daily Brief reported 12 prisoners were released March 20. Although there is no sign yet of clemency for Abedini, politicians and religious leaders remain hopeful.

"Pastor Saeed Abedini should be released from prison immediately. So, too, should all those languishing in Iranian prisons for merely practicing their faith or expressing their political views,” David Brog, executive director for Christians United for Israel, the largest pro-Israel organization in America, told WND.

In a phone interview, Rep. Steve Stockman, R-Texas, said he can't comprehend how the president of the free world can seemingly look away while Christians, including Abedini, are jailed in hostile countries for their religious beliefs. At the same time, the U.S. has released prisoners from Guantanamo Bay.

“This shows Obama’s impotence and lack of concern," Stockman said. "(Former President Jimmy) Carter even spoke up for imprisoned Americans in the Cold War, but this president seems reluctant to bring up the prisoner situation, whether it’s in North Korea or Iran."

Abedini, a U.S. citizen, was sentenced in 2012 to eight years in an Iranian prison on charges related to his religious beliefs.

Jordan Sekulow, executive director of the American Center for Law and Justice, or ACLJ, represents Abedini. He told WND his client is receiving medication and some treatment for beatings stemming from his initial arrest, but he's still being refused the critical surgery he needs to treat his injuries.

Stockman believes Obama must pressure the Iranians and that the president could be effective if he would do it the right way.

"In a clever ploy, if I were president, I would tell Iranian leaders what they are doing is worse than what was done to terrorists in Gitmo," he said.

Rep. Louie Gohmert, R-Texas, told WND that if the U.S. lets "thugs loose from Guantanamo," it should be able "to stand up for Christians who have never done anything but try to save souls."

"At this point, we ought to be demand his release,' he said. 'If we can’t secure the release of nonviolent Christians who commit no crimes, then we shouldn’t be talking about dealing with other nations."

Sekulow said the clemency tradition of the Persian New Year opens the door for the Iranian government to quietly release Abedini to his family for further medical care without having to directly admit fault.

"It’s an important time for any prisoners of conscience, a time when most people are taking off of work because the government shuts down. It would be a key time for the prisoner release when you look at the historical practices of the Iranian government," he said. "They could say he wouldn’t have to report back to jail."

Pastor Abedini and his children Rebecca and Jacob

Meanwhile, Abedini's children grow older in their father's absence. Jacob just celebrated his sixth birthday with his 8-year-old sister, Rebecca, and their mother, Naghmeh, who has launched a relentless campaign for the release of her husband.

In the deal, Iran reportedly received billions in sanctions relief and the ability to keep its centrifuges, key to building nuclear weapons. Also immediately prior to the deal, the U.S. released an Iranian scientist who was being held in a U.S. prison. 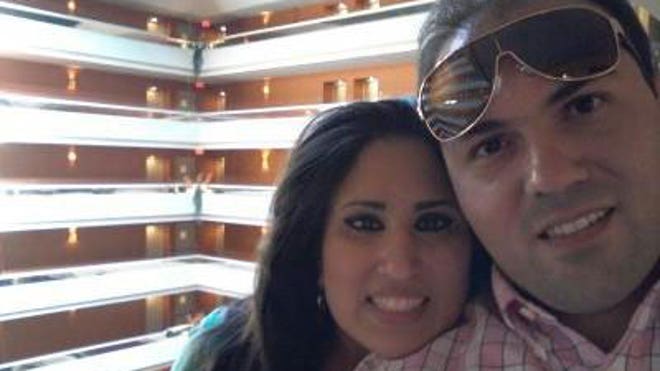 “These brave prisoners of conscience are shining a light on the true nature of the Iranian regime – a regime which has not changed one iota since the recent presidential election," CUNF's Brog said. "We in the West must not forget these heroes. And we dare not ignore the troubling truths about Iran to which their continued incarceration testifies."

Since Abedini was detained in Iran two years ago, Christian persecution has grown at an alarming rate. One in four of the world’s Christians live in countries now hostile to their faith, according to a report released March 20 by Gordon-Conwell Theological Seminary.

The U.N. also reported Iran has continued to imprison Christians for their faith and has designated house churches and evangelical Christians as "threats to national security.” At least 49 Christians were among 307 religious minorities being held in Iranian jails as of January, noted the U.N., which also blasted the regime for its hostility to Jews, Bahais, Zoroastrians and Dervish Muslims.

“Most Americans think the U.S. wouldn’t tolerate things getting this bad, but they are," Gohmert said. "Persecution is growing as nations see us appear to be weaker than we have been."

WND recently reported on slaughterhouses where Muslims are killing Christians in Syria.

“I have never seen something like this,” Christian convert and former Muslim terrorist Walid Shoebat told WND.

“I have been investigating this story for the past two weeks. The story is probably the most horrific I have ever [done]. It proves with footage actual systematic slaughterhouses of human beings, including Christians in Syria.”

“Look to your own soul, and understand your own obligation to help the Christians,” Shoebat said.

As Obama prepares to meet with the Vatican Thursday, Stockman said it would be a good time for both the pope and Obama to “go public on religious liberties and not just give generic statements."

"They need to be specific on Christian persecution and pastors locked up in Korea and Iran," he said.