Fox News commentator Jeanine Pirro is asserting the federal Bureau of Land Management's surge of interest in land used by Nevada rancher Cliven Bundy to graze his cattle has more to do with dollars and power projects than any interest in protecting a tortoise that also lives on the land.

In a special commentary on her "Justice with Judge Jeanine" program, she said the man she now calls "Dirty Harry" Reid, the majority leader in the U.S. Senate and a Nevada Democrat, may have had an ulterior motive for the attempted land grab from Bundy: energy projects.

She said if a solar energy project is expected to impact thousands of acres of desert land in the state, federal rules would require a mitigation zone, where animals that may be protected or endangered could be moved from the project site.

As WND reported, the BLM has mentioned Bundy's cattle and the grazing land he uses in connected with solar power projects.

Pirro said "Dirty Harry" had been watching federal land being transferred and used for shopping malls and other projects for years until the "armed military type agents came in like stormtroopers."

"You need snipers to move cows, Harry? Really?" she asked.

Pirro explained a solar project proposed on nearby land by a Chinese company with links to Reid would require that mitigation area.

"The BLM actually posted documents designating the mitigation area so that the solar power project can move forward," she reported. "Unfortunately, that designated mitigation area has cattle on it.

"Harry, in my other life, I did investigations. I presented cases to grand juries," she said. "Oh, to be a prosecutor again. Oh, to present this to a grand jury. Oh, to put 'Dirty Harry' under oath on the witness stand," she continued.

WND reported a $5 billion solar-power project in the area proposed by the Chinese government and ENN Group had been proposed but was withdrawn.

But there are a multitude of projects still in development, said Fay Andersen, spokeswoman for NV Energy.

“Nevada has one of the highest Renewable Portfolio Standards in the country, determined as a percent of retail energy sales, and requiring the company to achieve 25 percent of its power from renewable sources by 2025," she explained to WND.

As WND reported, bloggers also made a connection between the Bureau of Land Management's raid on Bundy's land and a solar-energy project in southern Nevada financed by the communist Chinese energy firm ENN. It was to be the largest solar farm in the U.S.

The project died last year, but the BLM’s library of renewable energy projects revealed it was only one of more than 50 solar, wind and geothermal projects planned for Nevada, California, Arizona and other Western states.

The plan to convert an increasingly large share of Nevada’s public land to renewable-energy projects appears to have been a key motivation for Reid to run a war against coal-burning electric power in Nevada that began during the second term of President George W. Bush.

On March 21, Nevada Business published a photograph showing Reid breaking ground on a project with representatives of the Moapa Band of Paiutes, executives with First Solar Inc. and representatives of the Los Angeles Department of Water and Power. The 250 megawatt Moapa Southern Paiute Solar Project is planned to deliver renewable energy to the city of Los Angeles for the next 24 years.

Peter Schweizer, on pages 91-92 of his 2011 book “Throw Them All Out,” also lists Michael Ahearn, First Solar’s chief executive officer, as having given generously and exclusively to Democrats. He also pointed out that billionaire investor Paul Tudor Jones, another Obama bundler, owns a major stake in First Solar.

In March 2012, the Washington Examiner reported First Solar, an Arizona-based manufacturer of solar panels, received in 2010 a $16.3 million subsidy to expand its factory in Ohio. The grant came after a $455.7 million taxpayer-funded loan guarantee awarded by the Export-Import Bank to subsidize the sale of solar panels to two solar firms in Canada.

One of the Canadian firms, St. Clair Solar, was a wholly owned subsidiary of First Solar, so when First Solar was shipping its solar panels from Ohio to a solar farm it owned in Canada, the U.S. taxpayers were subsidizing the "export," the Examiner said.

In 2012, NV Energy rebuffed pressure by Reid to get behind the $5 billion solar project that ENN Group wanted to build near Laughlin, Nev. Steve Tetreault noted in the Las Vegas Journal-Review in July 2012 that Reid said the envisioned ambitious complex "would start tomorrow if NV Energy would purchase the power," but the company "has not been willing to work on this and that’s a shame."

Tetreault said the Senate majority leader's remarks were the linkage between the Nevada utility and the clean energy project.

Previously, he wrote, the project was aimed at serving utilities in California, but state officials there said they had no interest in importing power from other sources.

"NV Energy is a regulated monopoly," Reid said, according to Tetreault’s report. "They control 95 percent of all the electricity that is produced in Nevada and they should go along with this."

The Las Vegas Review-Journal further reported that in response to Reid, an NV Energy spokeswoman said the utility was not in the market for more renewable energy, having exceeded the state's requirement that 15 percent of its portfolio originate from clean sources.

Tetreault noted Reid has a personal stake in pushing NV Energy to use more solar power. Reid had teamed up with the Chinese firm to invest $8 billion in the U.S. on renewable energy projects in the coming decade. Also, Reid had invited ENN Group's chairman, Wang Yusuo, to speak at the senator's clean-energy summit in Las Vegas during the summer 2011.

In April 2012, Bloomberg reported the Reid-sponsored deal to have ENN Group invest $5 billion in a solar plant and energy-generating farm in Laughlin, Nevada, was on the ropes because Reid and ENN were unable to find a utility company willing to buy the solar energy.

According to Bloomberg, Reid never stopped pressuring California, evidently concerned he would need an alternative if NV Energy could not be convinced.

The energy plant "will generate the electricity California must have in just a few years," Reid said in March, referring to a state mandate requiring 33 percent of a utility’s electricity to come from renewable sources by 2020. "This project is close to California. It’s within walking distance."

Laughlin officials were getting calls every week from investors, job seekers and local business owners wanting to know the status.

"It’s extremely frustrating,” [Clark County Commissioner] Steve Sisolak said at the time. “Everybody is so anxious and wants this project to move forward."

Then, on June 17, 2013, the Associated Press reported ENN Group dropped its plans to build the $5 billion solar project. ENN officials informed Clark County officials the company was terminating its agreement to purchase 9,000 acres because it was unable to sign up public utilities in either Nevada or California to agree to purchase the solar energy generated.

On June 14, 2013, a Clark County commissioner explained to the Las Vegas Sun: “Alternative energies are still more expensive than fossil fuels and they [ENN] couldn’t get (the costs) down to a point where they could sell any of the power. Even if we had given them an extension for a year or two, it wouldn’t have made a difference.”

On April 9, the U.S. Senate in a 71-28 vote confirmed Neil Kornze, a former senior adviser to Reid, to head the Bureau of Land Management.

The document currently serves as a blueprint for the federal government to “mitigate” the potential environmental impact of the planned Solar Energy Zones, or SEZs. A document removed from the BLM website but located in Internet archive files clearly notes complaints that Bundy’s “cattle trespass impacts” include “concern that the regional mitigation strategy for the Dry Lake Solar Energy Zone utilizes Gold Butte as the location for impacts from solar development, and that those restoration activities are not [possible] with the presence of the trespass cattle.” That means the grazing of Bundy’s cattle on federal lands in the Gold Butte area is not compatible with moving the endangered tortoises there as part of the “mitigation strategy” planned for the Dry Lake SEZ. 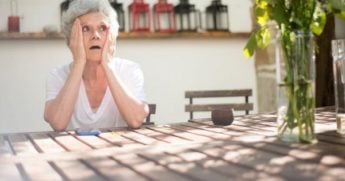