Have you heard about the disgraced NBA owner Donald Sterling? Yes? Perhaps even his mistress, V. Stiviano? Yes again?

Have you heard about the crisis in Ukraine? The sunken ferry in South Korea? The missing airplane in Malaysia? Yes to all? You're doing great!

Let's try some more. Can you tell me about the slaughter of Christians in Egypt? No? How about in Iraq and Syria? Oh, you didn't know that Christians were being killed there?

Perhaps you can tell me how many Christians have been killed in Sudan in the last two decades? Not really? Not even sure where Sudan is on the map?

Then let's try this. Have you heard of Boko Haram? Perhaps?

Maybe you've heard that strange-sounding name recently in conjunction with nearly 300 girls being kidnapped somewhere in Africa? Does that ring a bell?

Sadly, while America obsesses over the Donald Sterling scandal (which is certainly a scandal), and while we follow with interest the events in Ukraine (could Putin really be a Hitler in the making?), and while our hearts rightly break over the terrible loss of life in South Korea and the apparent (and also terrible) loss of life in the Malaysian Airlines mystery, we are all but oblivious to the suffering of Christians worldwide.

Sadder still is the inaction of our government when it comes to this Christian suffering.

Here is a sampling of recent, Christian suffering, just at the hands of violent Muslims:

As for Boko Haram, a militant Muslim group in northern Nigeria whose name apparently "translates as the Sunni Group for Preaching and Jihad," they have recently come to the attention of our nation after kidnapping almost 300 Christian schoolgirls and threatening to sell them into slavery. Even President Obama weighed in on the atrocity, pledging help and support and telling ABC News that, "You've got one of the worst regional or local terrorist organizations in Boko Haram in Nigeria killing people ruthlessly for many years now."

The problem, of course, is that Boko Haram has indeed been murdering and maiming and pillaging "for many years now," yet most Americans are only hearing about it now. Yet we know who V. Stiviano is, and we have an opinion on the Donald Sterling scandal?

Something is very wrong when we know more about Kim Kardashian's latest fashion statement than about the slaughter or kidnapping of hundreds of Christian children in Nigeria.

White House Press Secretary Jay Carney was quoted in a May 6 story as saying, "These girls [in Nigeria] were captured and kidnapped 22 days ago, and time is of the essence. Appropriate action must be taken to locate and to free these young women before they are trafficked or killed."

What? Twenty-two days after the fact he says that "time is of the essence"? This bears eloquent witness to our national apathy and indolence when it comes to the plight of our Christian brothers and sisters worldwide.

Where was our outrage in late February when Boko Haram Muslims "stormed a Nigerian secondary school campus ... locked a boys' dormitory and set it on fire, killing those who tried to flee and burning the rest alive"?

It is reported that, "Since 2009, the Boko Haram insurgency has killed thousands of people in its campaign to rid [Nigeria] of Western influence and impose strict Islamic law," yet most of us are just finding out about their murderous deed today.

Don't we owe it to our persecuted and martyred brothers and sisters worldwide to learn about their plight and, at the least, raise our voices and prayers on their behalf? Visiting sites like Voice of the Martyrs and Open Doors and International Christian Concern is a good place to start.

Michael Brown
Dr. Michael Brown (www.askdrbrown.org) is the host of the nationally syndicated "Line of Fire" radio program. His latest book is "Revival Or We Die: A Great Awakening Is Our Only Hope." Connect with him on Facebook, Twitter, or YouTube.
@DrMichaelLBrown
The political seduction of the Christian left
What we've learned about suppression of speech in 'free' America
The left's hypocrisy on 'church & state' is blatant with Warnock
Kanye ('Ye'), Kyrie and the Black Hebrew Israelites
2 Bible verses to post in every GOP campaign office
See more... 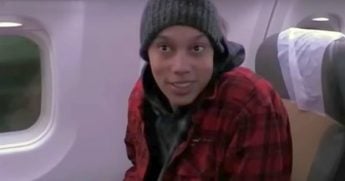