Fox News host Neil Cavuto blasted Republicans for a lawsuit announced Wednesday by House Speaker John Boehner that alleges President Obama is acting outside of the law with his executive orders.

At one point he cut off Rep. Michele Bachmann, R-Minn., mid-sentence to go to a commercial break.

Boehner said he will file suit against the president over his use of executive orders, apart from Congress, to change the nation's laws regarding immigration, Obamacare, minimum wages and more.

Bachmann had agreed to come on the program to answer questions about the lawsuit, which she said she had sought a long time ago.

But Cavuto was having none of it, talking over the congresswoman.

"We spend too much time. … We need to fix whatever is wrong," he said. "Seems to me there's so much wrong here, [with Congress saying], 'We're going to drag your a-- to court.'"

"Criminy," said Bachmann. "Give me a second and I will tell you.

"I don't know why John Boehner's filing this now. I called for this going back to the State of the Union. Why he's doing it now, I don't know," she said.

"Where was your rage when Democrats were going after President Bush [over] executive orders?" he demanded. "This is a waste of time."

"Rome's burning, and you're filing [lawsuits]," he said.

After the interview, he apologized to his audience for getting "a little heated."

"Looks like I just cut off the congresswoman," he said.

But he said he wouldn't apologize for his "sentiment" or his assertion that "we are wasting time filing lawsuits past one another."

"I'm looking around and seeing Rome burning, and I think someone should pick up a hose and put out the fire," he said.

Boehner said of Congress on Wednesday: "When there's conflicts … between the legislative branch and the administrative branch, it's, in my view, our responsibility to stand up for this institution."

The House speaker insisted: "This is not about impeachment, this is about his faithfully executing the laws of this country."

Boehner said the Constitution "makes it clear that the president's job is to faithfully execute the law."

"In my view, the president has not faithfully executed the law," he said.

Obama has frequently used executive orders to change laws, including Obamacare, for which he's granted exemptions from requirements, changed the dates of deadlines and more.

He also used his peremptory "pen" and "telephone" privileges to drop a requirement in the law that recipients of some kinds of federal aid must work. He's also ordered Border Patrol agents to ignore the federal law regarding some illegal immigrants.

Just days ago, he ordered the Department of Labor to extend family leave to same-sex couples. And a short time earlier, he mandated that the minimum wage for federal contractors be raised and deportations of many illegal aliens be halted.

"The president has a clear record of ignoring the American people's elected representatives and exceeding his constitutional authority, which has dangerous implications for both our system of government and our economy,:" Steel said. "The House has passed legislation to address this, but it has gone nowhere in the Democratic-controlled Senate, so we are examining other options."

Obama repeatedly has refused to negotiate with members of the House then complained that the GOP leadership isn't cooperating.

His executive orders have been reviewed by the Congressional Research Service.

The agency's report said executive orders are accepted generally as part of a president's authority, but they are not in the Constitution, and there are limits.

Specifically, there are problems whenever a presidential decision stretches into the authority of Congress, or other limits, the report said.

Ambassador Alan Keyes wrote that the Constitution's "checks and balance" system "only operates effectively through the energetic initiative or effective resistance of the different branches of government."

"The executive has the advantage when it comes to energetic initiatives, or 'active resolutions' as Alexander Hamilton put it. The judiciary makes decisions, but has no enforcement power. The legislature formulates and adopts laws, but the Constitution leaves actual implementation/enforcement of the laws to the executive, i.e., the president of the United States."

Obama's aggressive use of executive orders dates back to his first inauguration, when he ordered presidential records sealed in a move that has remained largely unexplained.

It was a presidential aide to Bill Clinton, Paul Begala, who put the controversy into perspective in July 1998.

"Stroke of the pen. Law of the land. Kinda cool," he said, delighting in how the Clinton machine was able to simply dictate what it wanted to have happen.

Bob Unruh
Bob Unruh joined WND in 2006 after nearly three decades with the Associated Press, as well as several Upper Midwest newspapers, where he covered everything from legislative battles and sports to tornadoes and homicidal survivalists. He is also a photographer whose scenic work has been used commercially.
WATCH as 'guards' state-nap baby from parents over issue of COVID vax
Colorado city forced to reverse its 'cancellation' of pro-life speakers
Biden's genderfluid appointee charged for stealing MORE luggage
'Massive blow for Biden,' as Sinema leaves Democrat Party
Analysis reveals 'marriage' bill opens path to reversal of Obergefell
See more... 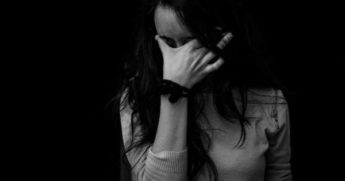