(Slate) -- With the World Cup pitting nations head to head, day after day, plus July Fourth coming on Friday, the air this week is fairly clogged with national anthems—a haze of plodding beats barely enlivened by gratuitous drumrolls, a commotion of striving-skyward horns, an arid paucity of memorable hooks, a smog of bleating chauvinistic choruses hoarsely sung.

Most people don’t contemplate these aberrations in musical taste often, except when occasions like the cup or the Olympics come around. This year, however, there’s an extra reason to reflect on the stately bars that bind us: Every time you hear “The Star-Spangled Banner” over the next few days, its triumphal strains will be meta-triumphal, touting not only the 238-year history of American nationhood but the “Banner’s” own bicentennial.

Francis Scott Key wrote the lyrics (not the music, about which more in a bit) in 1814, and the anniversary is being fanfared with a concert Thursday at the Library of Congress, books, biographies, documentaries, academic projects, and an exhibit and events at the Smithsonian, with more to come (particularly in Maryland, the site of its composition in the midst of the War of 1812) closer to the anthem’s actual Sept. 14 birthday.

WND News Services
These reports are produced by another news agency, and the editors of WND believe you'll find it of interest.
Wildlife officer rescues elk with antlers entangled in child's swing
Hundreds of rolls of toilet paper spilled onto California highway
Worker finds malfunctioning water well was full of snakes
Jobless claims edge down as inflation continues to surge
40% of U.S. Jews have had to conceal their identity, survey says
See more... 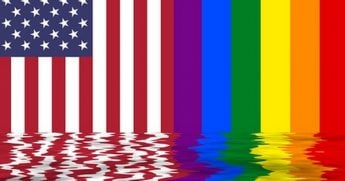