What's the deal with Hollywood? Usually they fall all over themselves to get to a microphone to pontificate about the latest injustice in the world. So how come we only hear crickets about the crisis on the border?

The humanitarian crisis taking place on our border with Mexico is nothing new. It has been brewing for years, even decades, and most of the voices warning of the impending disaster fell on deaf ears.

While thousands upon thousands of illegal immigrants flooded the border, the media along with Hollywood turned a blind eye to the mushrooming story. A few networks and media outlets covered it, but only a fraction of them took the time to go down to the actual locations with film crews to show the real story of how porous our border really is.

I get it. The media is in the tank for Obama and the Democrats, and this is not a story they want to shine a spotlight on. Virtually ignoring this issue or spinning it to their benefit actually seemed to work in the past if you look at the polls. Over the past few years the issues of immigration reform and border security were not a No. 1 priority for most Americans. In January of 2014, the economy rated as the No. 1 priority with 89 percent, considering it extremely or very important. Immigration issues ranked No. 15 at 50 percent. If you look at the polls today, 73 percent think that border security should be completed FIRST, before any immigration policy is decided. This is mainly because the media has been forced to pay attention and cover the story in a more truthful way.

This brings me back to Hollywood. Where are they on this issue? Has anyone heard any "A" list or, for that matter, "B" list celebrity speaking out on the crisis at the border? Whenever Eva Longoria, Beyonce or any of the other Obama White House cronies have a political statement to make or a cause to support, it seems that every one of them takes to the bully pulpit, and it is blasted all over the media. Have you seen Angelina Jolie, Mia Farrow, Sean Penn or Salma Hayek taking to a microphone about the tragedy of these "poor children who are fleeing violence, famine and abuse in their countries"? I haven't heard a peep. Where is the outrage against all of this human trafficking from which these Central American children are fleeing? Any statement from outspoken advocates like Demi Moore and ex-husband Ashton Kutcher who launched the Demi and Ashton Foundation (DNA) to help bring an end to child sex slavery and human trafficking? She even did a documentary for CNN in 2010 about human trafficking of children in Nepal. I haven't heard one word of support for these Central American children.

Morgan Brittany teams up with the other PolitiChicks in their first blockbuster, "What Women Really Want" -- pre-order your copy today!

Angelina Jolie and Brad Pitt have established the Maddox-Jolie Pitt Foundation to assist with humanitarian crises worldwide. She was even named a United Nations High Commissioner for Refugees (UNHCR) Goodwill Ambassador and received many awards for her work. I remember the cameras and press following her around to many of the countries she visited, making it a prime news story. She spoke to Congress and created a high profile for her cause – but why so silent now? Many in Washington are talking about declaring these illegal children refugees, so wouldn't that be right up her alley?

Where is Oprah? Oprah has donated millions to charity and humanitarian efforts. She has been quoted as saying that she is dedicated to raising awareness on issues that affect women and children in the U.S. and around the world. One would think that she would be on the front lines in trying to help these children and their mothers get the immediate care they need.

Don't get me wrong. I applaud these people for their efforts and their charity, and many of them seem to really have their hearts in the right place, but are they offering selective help? Are they only concerned about distant countries with people so different from us that it makes their work look so much more important?

Telethons and fundraisers abound for relief to foreign countries. "We are the World" was a song and charity single in 1985 by USA for Africa. Every high-profile celebrity wanted to be a part of it; it was a noble undertaking and was then followed up by a similar tribute for victims of the earthquake in Haiti. Noble deeds for sure, but why aren't today's musicians stepping up for this humanitarian crisis?

You see examples of selective help when it comes to providing aid for our own disasters. It seems that there aren't as many Hollywood celebrities coming to the rescue of tornado, earthquake or hurricane victims in the U.S. I must give kudos to Taylor Swift and Harry Connick Jr. who are two of the most visible celebrities who help domestically, and I am sure there are many more that work silently – but others, like Sean Penn, will flock to help countries like Haiti in their time of need or lend support to dictators like Chavez and Castro.

Yes, I know, the United States can help itself, and these other countries are poverty stricken. That is true, but then what about Central America? Is it not riddled with poverty, violence and famine as we have been told by our representatives? Glenn Beck, via his Mercury One organization, is the only celebrity I know of right now who is on the front lines at the border helping these children with his personal donations and those of his supporters. He has taken the reins and decided to do something on his own.

I think many of these celebrities are caught between a rock and a hard place. They are all staunch supporters of Obama and many of them are died-in-the-wool liberals. They would be blind not to see what is going on, but they don't know how to deal with it. It is too close to home for many of them, and maybe they don't want to take a visible stand in support of these people.

Most of them are isolated from the real world. They live in very elite areas of the country, in safe communities, behind gates or in security buildings, so they don't need to fear the possibility of M-13 gang members coming to their neighborhoods. They more than likely don't have to worry about busloads of displaced people being dropped off in Beverly Hills or Martha's Vineyard. Most of them will not be affected by overcrowded schools, overburdened services and possible disease. Perhaps Meg Ryan, Katherine Heigl, Madonna and Mia Farrow feel they have already done their part by adopting children from Rwanda, Ethiopia, South Korea and China. Maybe they feel that solves the issue for them.

I can only imagine that their silence means they want to keep a low profile until they see how this all shakes out, but one thing is for sure: Their silence on this issue is deafening.

Morgan Brittany
Morgan Brittany is the anchorwoman for the webcast talk show PolitiChicks, a longtime actress and conservative activist. She is the coauthor of "What Women Really Want," which will be released in September 2014. Her website is MorganBrittany.com.
@MorganBrittany4
Why Trump will win in November
Abuse of women? Bill Clinton trumps Donald
GOP elites still don't get it
Does GOP want to lose presidential race?
Devious plot to take down U.S. by erasing history
See more... 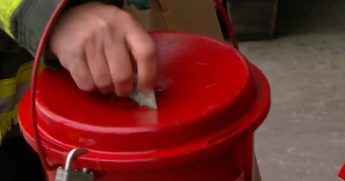 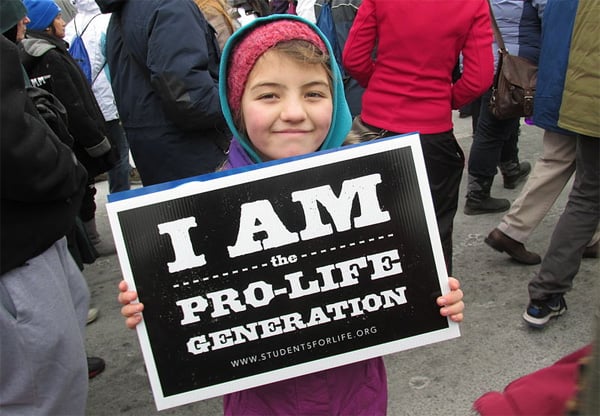