Although it has not received a great deal of news coverage, the Vatican's Pontifical Council for Interreligious Dialogue issued a statement this week deploring the upsurge in violence in Iraq. Included therein were strong words calling upon religious leaders worldwide to "exercise their influence with the authorities to end these crimes, to punish those who commit them and to reestablish the rule of law throughout the land, ensuring the return home of those who have been displaced."

Egypt's top cleric, Grand Mufti Shawki Allam, has condemned the Islamic State (formerly ISIS), calling it a 'bloody extremist group' that has tarnished the image of Islam, and pressing for unity against it.

This week also, Chaldean Patriarch Louis Sako of Baghdad said, "There is a need of support and a professional, well-equipped army."

A call for military action by a representative of the Vatican? It sounds like they're serious – and quite fed up.

These statements were pleas for religious leaders worldwide to employ political influence upon their governments to curtail the unspeakable atrocities that are currently being perpetrated by the Islamic State. These include the wholesale massacre of non-Muslims and non-Sunni Muslims, beheading and impaling (including children), crucifixion, the display of severed heads and bodies in public places and the abduction of non-Muslim girls and women for the purposes of forced marriage and sexual slavery.

It isn't necessary at this time to belabor the fact that despite the outrage of religious leaders and the growing certainty among American politicians that this threat will ultimately manifest in America, the ascendancy of the Islamic State was materially facilitated by the Obama administration, given that our president and these militants are ideologically kindred.

In America, we are seeing a different methodology being used to disenfranchise Christians, but rest assured, many of the principals and operatives are the same people.

Last week, President Obama took a break from his strenuous schedule of fundraising, golf and vacationing to make a surprise video appearance at the opening ceremonies of the 2014 Gay Games in Cleveland. Obama went out of his way to recognize the persecution of homosexuals in other countries, America's openness and the acceptance of gays being part of the "very idea" of America.

It isn't necessary at this time to belabor the fact Obama has more than a nodding acquaintance with all things gay, but I found this conspicuous display somewhat curious in light of the recent Centers of Disease Control, or CDC, survey that revealed less than three percent of Americans identify as homosexual. Given the messages we get from activists, the press, government and entertainment media, one would think the number was 10 times as high. Given their miniscule numbers, homosexuals certainly don't warrant Obama's attention as an election-making segment of the Democrats' base.

So why has there been such an imperative around the inculcation of homosexuality into our culture? Activists would tell you they're just stumping for the rights of homosexuals, but that's twaddle. Were that the case, it wouldn't take the wholesale indoctrination and attempts at the normalization of homosexuality we see daily. There's little doubt that you've encountered the gratuitous proliferation of homoerotica in dramatic and even comedic films and television. The news media are replete with accounts of the parents of grade-school children objecting to the inclusion of homosexual materials in educational curricula, and one would be hard-pressed to find any news or entertainment media offering that frames any homosexual in a bad light. Were Jeffrey Dahmer to come on the scene in 2014, I would wager his sexuality would be avoided by the press with the utmost adroitness.

As always, any objection to these trends risks one being branded a "homophobe."

Well, the imperative I mentioned earlier has nothing to do with the rights of homosexuals; it isn't even the promotion of societal dysfunction, although that is an ancillary benefit. The objective – as we have seen in Europe – is the disenfranchisement of Christians. And it isn't just that a Christian society is more morally grounded than a secular one and thus more difficult to control – although this is true – but there's another factor involved.

And that is hate.

In recent years, we have seen increasing occurrences of individuals as well as public and private organizations being attacked by activists and secular groups for their Christian leanings, from school administrators and students who engage in prayer, to militant homosexuals who seek out small businesses to harass using the courts. Provisions in the Affordable Care Act (Obamacare) have given rise to numerous lawsuits that challenge the law on the basis of its alleged violations of religious freedom.

It probably has not escaped the reader's notice that the American press coverage of the persecution of Christians in Iraq, unprecedented in modern times, has been practically nonexistent.

Coming full circle, we note with some irony that those true-believing useful idiots on the left – some of them homosexual themselves – share the same big tent with another political special interest and beneficiary of progressives' largesse: Muslims, those who would just as readily and just as severely persecute homosexuals, women, children and, of course, non-Muslims in America as they are doing in Iraq.

It says a lot that so many liberal Americans have decided to stand with abject animals, men who are capable of the most heinous, disgusting, depraved war crimes imaginable, and against their own countrymen and women who happen to be Christians, and against our ally Israel. Now more than ever, I believe it is apparent that progressivism cloaks with its innocuousness and faux egalitarianism a doctrine that should be stigmatized and disenfranchised, employing the same commitment with which we addressed segregationism. Damn the craven, the ignoramuses and the deluded with their assorted "phobe" indictments. We're playing for keeps.

Finally, addressing the Islamist horde that has promised to raise its flag over the White House: In a sense, it has already been done. Considering the degree to which Barack Obama has enabled Islamists worldwide both overtly and covertly, his insinuation of Islamist operatives into our government, the chaotic situation on our southern border and our immigration policy in general, American progressives may get to test that "big tent" allegiance to their Islamist friends sooner than they think. 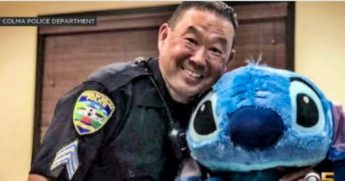