It has become fairly clear that the Obama administration intends to render American citizens as defenseless as possible when it comes to militant Muslims.

Like the dhimmified British police in the case of Palmira Silva, the 82-year-old widow and grandmother who was beheaded with a machete in her suburban London garden by a 25 year-old Muslim convert in September, federal authorities stateside have ruled out ties to terrorism in the case of Alton Nolen, who beheaded a woman in an Oklahoma City suburb. Liberal press outlets ridiculed the idea that this was in any way tied to Nolen being a Muslim.

Nolen, whose Muslim name is Jakeem Yisrael, carried out an attack on former coworkers at Vaughan Foods in Moore, Oklahoma, last week. He had reportedly been fired from his job after an argument over whether women should be stoned to death for adultery per Shariah law. In the plant's administrative office, Nolen grabbed 54-year-old Colleen Hufford from behind and severed her head from her body. His former co-workers said Nolen had tried earlier to convert them to Islam after his own jailhouse conversion. His recent past and militant social media posts bear out Nolen's dedication to the Muslim jihadi ethos.

Still, the press, the political left and federal law enforcement authorities are calling Nolen's spree "workplace violence." It bears mentioning that the federal government applied the same terminology to the 2009 Fort Hood massacre, despite the fact that the perpetrator, Nidal Hasan, shrieked "Allahu Akbar!" as he fired rounds into his victims' bodies and later claimed that he was a soldier for Allah.

In another recent murder ignored by the mainstream media as being Muslim or terrorist-related, 19-year-old Brendan Tevlin was shot to death by a black American Muslim named Ali Muhammad Brown in New Jersey. Brown admitted to having murdered Tevlin because he was seeking vengeance for American policy in Iraq, Syria and Afghanistan. Brown is also wanted in Washington state for at least two other similarly motivated murders.

Both Brown and Nolen are Americans who converted to Islam, and both had served time in prison. It would appear that Islam is the perfect refuge for antisocial, disaffected losers with violent criminal tendencies today, as it was in the time of Muhammad.

In an interview on CBS' "60 Minutes" last weekend, President Barack Obama reiterated his assertion that America is not at war with Islam, that "Islam preaches peace" and that the majority of Muslims are peaceful.

I would submit that the absence of demonstrable violence does not necessarily constitute being "peaceful." In the years since the Sept. 11, 2001, attacks on America by militant Muslims, the question of just who and where these "peaceful" Muslims are has been discussed endlessly. Americans have asked the question – time and again – why the so-called "peaceful Muslims" we hear so much about are reticent to disavow the actions of militant Muslims.

I believe the answer to that question has become clear. Contrary to the contentions of the political left, it would appear that the majority of Muslims worldwide are more than willing to rationalize the actions of those the Western press dubs "militant Muslims" as that of defending Islam or the so-called rights of Muslims. The history of Islam certainly bears this out, as does the Quran, which expressly calls for violence – and beheadings in particular – in the advance of Islam.

"The Christians and the Jews are living quite peacefully, in fact, in the Islamic State at the current time."

I wonder what Mr. Choudary's particular definition of "living" happens to be, and if he is aware that it is impossible for a human being to remain alive after his or her head has been chopped off. The London-based imam recently debriefed Fox News' Sean Hannity regarding his arrest last week on terror charges in London. Choudary, who has advocated for Britain to become an Islamic state and follow Shariah law, also justified the beheadings of American journalists James Foley and Steven Sotloff and intimated that there are no "innocents" in jihad.

In the face of its surreal and manifestly treasonous deportment, the Obama administration is also set to announce sweeping new restrictions on racial and religious profiling in federal investigations, including those involving matters of national security. This of course comes in the midst of heightened concerns of Islamic militant groups executing a terror attack on U.S. soil. In fact, Islamist militant leaders abroad have called for such attacks, just as they called weeks ago for lone-wolf attacks and beheadings of Americans on American soil.

We deported, expelled and interned foreign nationals and naturalized citizens for a whole lot less during World War II, and I would certainly call for the deportation or expulsion of all Muslim foreign nationals at this juncture.

Erik Rush
Erik Rush is a columnist and author of sociopolitical fare. His latest book is "Negrophilia: From Slave Block to Pedestal - America's Racial Obsession." In 2007, he was the first to give national attention to the story of Sen. Barack Obama's ties to militant Chicago preacher Rev. Jeremiah Wright, initiating a media feeding frenzy. Erik has appeared on Fox News' "Hannity and Colmes," CNN, and is a veteran of numerous radio appearances.
@erikrush
Biden's gaffe: Are black Americans waking up?
Will 2020 be 'the Summer of Stupidity'?
'Obamagate' hardly the worst of former president's crimes
Keep calm and cloister on
COVID-19 proves lowering the bar is never the answer
See more... 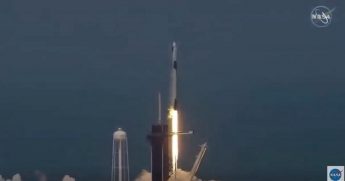 'We need some perspective' on U.S. COVID-19 death toll