It's understandable that Republican voters are discouraged by the decision of the GOP House to maintain a business-as-usual approach to governance by returning John Boehner to the all-important speaker of the House position.

Without a doubt, House Republicans squandered their mandate in the 2014 midterm election when they cowardly rejected new leadership and an opportunity to return constitutionally limited government to Washington.

Not only did Boehner fund Obamacare and Barack Obama's illegal executive amnesty initiative immediately following the election, but his actions over the course of the next year are predictable based on past behavior.

There's only one answer to business-as-usual politics in Washington. It's the "Don't Be Yellow: Dump Boehner Now!" campaign.

The good news is that it doesn't have to be this way. Republicans could have a good story to tell voters in 2016. But it will require new leadership in the House – and, most likely, the Senate, too.

Can that be accomplished after the shameful, cowardly decision by House Republicans to return Boehner to leadership and to keep doing the same thing over and over again expecting different results?

It can if Americans remain in battle mode with the Republican establishment. It only takes a simple majority of the House to remove Boehner from leadership. The revolt in the House this week surprised most observers. If dozens of Democrats didn't skip the proceedings, Boehner would have been denied the speakership on the first vote. After that, many other Republicans were expected to join the rebellion.

How can voters continue to make their voices heard?

As you read this column, more than 560,000 letters demanding Boehner's ouster will have either been delivered to House Republicans or be on their way. Imagine if this very recent campaign can be extended effectively for months. It would mean millions of letters pouring into the offices of House Republicans every single day demanding one thing – a change of leadership.

I'm very proud of all those who took part in this campaign so far. I'm very thankful to them. They are on the front lines of a battle to save America from a looming catastrophe. While Republicans in Washington may consider these letters annoying and embarrassing, they actually represent the vast majority of Republicans across the country, according to recent polls. They also represent the best hope for the Republican Party remaining a viable alternative – even a winning alternative – to the bankrupt, Big Government Democrats.

Are you willing to do battle? Are you committed to keeping up the fight? Or will you reward John Boehner's fecklessness and ineptitude by dropping out and surrendering to the GOP establishment? It's time to join the "Dump Boehner Now!" campaign – and spread the word. 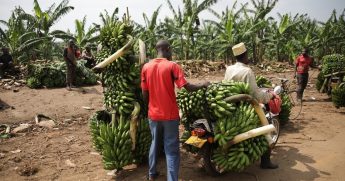 Our presidential election was disturbingly similar to Uganda's