Christopher "Kit" Carson, the chief of staff for America's top-rated radio host Rush Limbaugh, died Monday morning in New Jersey after a four-year battle with brain cancer. He was 56.

"It's such a void because he loved this job," Limbaugh said Monday with a heavy heart as he paid tribute for nearly an hour to Carson, who was the first staffer he hired for his show 27 years ago. "He's just going to be really missed ... Even though we knew this was coming for a while ... It's a huge void in everybody's heart."

"You knew you were talking to somebody who actively loved being alive and had active respect for being alive," he continued. "It's the one bad thing about getting old, because your friends start [getting] old, too."

"He was such an integral part of this program every day, even though you never heard him. ...

"He was irreplaceable and it's just a very, very, sad, unfortunate thing that happens to everybody, and the way he dealt with it is a lesson in and of itself." Carson was originally from the Milwaukee, Wisconsin, area, and his initial career goals led toward Hollywood, Limbaugh explained.

"He wanted to be an actor, and he ended up enjoying what he did here so much, he became 100-percent totally devoted to the program."

Limbaugh said Kit "became the resident expert on me and the program. He became its number-one champion, defender, evangelist."

As far as his presence around the broadcast office, "Kit Carson honest to God never ever had a bad word to say about anybody," Limbaugh said. "He did not engage in backstabbing."

Rush recalled the first time Carson showed up for work, saying, "He walked in the room wearing those cargo shorts and the short white socks and the black Keds. He didn't care if you were laughing at him. It didn't matter. And everyone laughed."

Limbaugh noted he had complete trust in Carson.

"He is the one guy ... I never once doubted his instincts. I had total trust. ... The only thing he cared about was doing whatever to make sure I looked the best I could be.

"He had this innocent exuberance about everybody. ... You really had to earn his distrust."

Limbaugh even admitted, "I stole his opinions sometimes. Sometimes I gave him credit."

"He did not allow me to be pessimistic or negative. He didn't allow me to get down in the dumps about anything. And if he sensed that I was, he would do anything that he could that enabled me to get the best out of myself."

Limbaugh recalled the happiest he ever saw Carson was when Kit first met his future spouse.

"When he met his soon-to-be wife Theresa, he was like a kid in a candy store forever."

Once married, "He could not believe that he actually convinced this woman to marry him," Limbaugh said. "It was exactly like a fairy tale." Limbaugh said the last time he talked with Carson was a couple of Wednesdays ago.

Limbaugh says Carson had a head that was full of red hair, and even after undergoing cancer treatments, he still retained much of it.

"He loved to go walking down 6th Avenue and Japanese tourists thought he was Conan O'Brien," Limbaugh said.

Carson had many friends among the news media.

WND Editor and CEO Joseph Farah was among them.

"I've known Kit Carson for more than 20 years," Farah said. "I worked with him on the development of a daily column for Rush at the Sacramento Union. I worked with him again during my collaboration with Rush on his mega-bestselling 'See I Told You So.' And, over the years, he has always been a gracious help to me – a real gentleman. He will be greatly missed by all – especially Rush, whom he served as chief of staff for so long."

James Grisham, producer of Sean Hannity's radio program, told WND: "Kit Carson always took time from a very busy schedule to kid around with us or help if needed. He was a man of faith lived, never talked about much, the kind that I think matter most."

Carson leaves behind his wife, Theresa, and two sons, Jack and Jesse.

Limbaugh says his own wife, Kathryn, has been spending time with Carson's family in recent days.

"She thinks we ought to put a chair in [the Palm Beach, Florida, studio] and up in New York, called the Kit Chair, the honorary Kit Chair," Limbaugh said. "It's always gonna be there. That chair is always gonna be where he sat. So we're gonna do that." 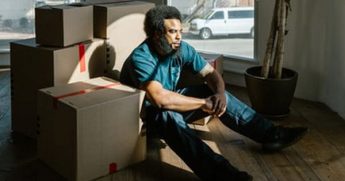 Prepare for tidal wave of evictions