This morning I awakened to a very disturbing image that has shaken my belief and what I thought I knew about this world to the core. I've always been the type of individual that if I could see it or hear it, then naturally whatever I am being confronted with must be accurate; it must be factual. But today I have come to the startling realization that some things, no matter how often they were put in front of me in an audible or visual format, just aren't so. How foolish I'm feeling right now.

What other lies, half-truths and hoaxes have I unwittingly fallen victim to over the years? I pray I never know, as my current realization has been a tough pill to swallow. This morning while taking my coffee and catching up on the day's current events, I "accidentally" came to realize that Cindy Crawford no longer has the flawless body of a taut 21-year-old supermodel as her dozens of handlers, agents and PR manipulators have had me believe low these many years.

Instead, she appears to have been trapped in some kind of time warp where now she oddly resembles a 48-year-old woman who seems to in fact be human and perhaps even from this planet. My image of her is totally blown and has left me feeling like the unwarned recipient of a surprise party. How could I have been so foolish? I have filled my house with piece after piece form the Cindy Crawford furniture collection because I thought her stomach was flat. I even bought the full-size bottle of Diamond by Cindy C. because her thighs appeared so firm. I guess the joke's on me.

I hope you're picking up on the sarcasm because I'm laying it on pretty thick. Some – I would like to say most, but unfortunately I think "some" is more appropriate here – read the comments I just made and laughingly relate. To many others my account is taken much more literally as they actually have been duped, walking under a fog of belief created by an engorged culture of spin doctors whose sole purpose in life is to influence the masses by any means necessary. After all, most people only believe what they are told.

So why is a pooch-bellied picture of a burned-out supermodel relevant? On its face it isn't. If one is willing to read between the lines, however, that is where the relevance is found. Pop culture is one of the most damaging factions in our society today. Millions and millions of individuals aren't able to tell you who the first American president was yet have no problem describing in detail what Kim Kardashian wore for last year's People's Choice Awards while flippantly reciting the names of all her kids.

Pop culture has created an army of idiots armed with mindless information about individuals who are nearly as mindless. And the "children" of today's pop culture are fanatical about the "heroes" they follow. They buy all of their albums, they watch all of their movies, and they tune in to all of their TV shows. These individuals of pop-culture consumption know everything there is to know about their cultural icons, or at least everything the spin doctors, managers, agents, public relations directors and talent liaisons will let them know.

You see it never occurs to many individuals that what they are consuming as it relates to their favorite pop culture star is nothing more than a figment of a publicist's imagination. They're being sold an image; so they'll buy an album. The talent manager casts a glorious apparition, so that those who only believe what they are told will make sure to see the upcoming movie, and the next one as well.

So why does this matter? People aren't allowed to be fans? It matters because of the fact that where tremendous respect and admiration lie so also does the ability to influence. It matters because these people vote. This army of low-information pop-culture idiots who couldn't tell you what day the Declaration of Independence was signed have the ability to cast their vote and influence policy that governs this country.

Unfortunately, the only thing these empty-headed simpletons know with a modest semblance of "intelligence" is the squeaky clean, sexy, debonair persona created in some Hollywood agent's board room and sustained on the cover of US Weekly. They don't know George Clooney and the like, but they know what they are told. They also know that they like and will support Barack Obama because, evidently, he and George are friends.

Admiration gives way to influence, which can be very dangerous when derived by the most fictitious of means. It seems somewhat obvious to some, but many in this ill-informed society of ours still believe that Cindy Crawford is bouncing quarters off her mid-section. Why? Because that's all they're told. "Houston, I think we have a problem." 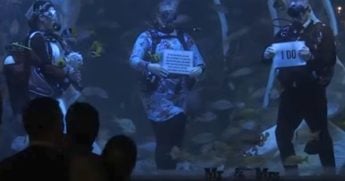 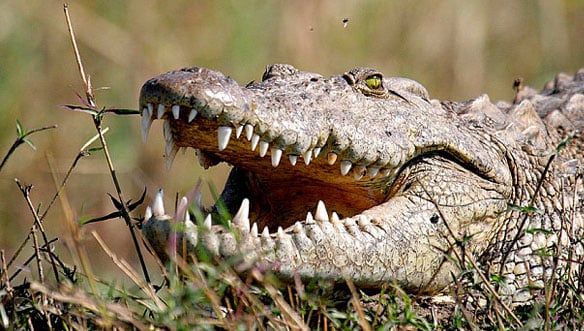