Hundreds of students in several New Mexico schools walked out of class this past week in protest of Common Core tests aimed at preparing them for college.

And, according to at least one student who appeared on "Fox & Friends" on Thursday, they'd do it again.

"I would," the high schooler said, in answer to a query if he'd walk out again, even if it meant he would be denied his diploma. "I feel like this is an important cause and this is impacting the lives of students."

The at-issue tests are called "Partnership for Assessment of Readiness for College and Careers," or PARCC, and are part of the Common Core standards adopted by many states, IJReview reported.

Critics say the exams come at the expense of actual learning, and place too much stress on students and teachers. But New Mexico Education Secretary Hanna Skandera refuted that assessment and said PAARC isn't above and beyond what the state already imposes on students – it's just a replacement exam.

Still, students aren't happy and hundreds in New Mexico protested by leaving school over the past few days.

Juanito Lucero of Del Norte High School called the exam "really ridiculous," Albuquerque ABC affiliate KOAT reported. And Vanessa Alcala of South Valley Academy said to the same media outlet: "We decided that in order to get awareness, we need to group up with other schools."

PARCC tests have come under fire from students and educators alike in other states, too. The Washington Post reported that thousands of students in New Jersey and a handful of other states refused to take the exam, while computer issues stymied hundreds of other kids in Florida from finishing the test.

Fewer than a dozen states administer PARCC; 20 states give students the Smarter Balanced Assessment Consortium, a similar-type test that's scheduled to be administered in the next couple weeks. 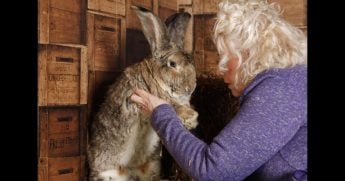