One of the two women arrested Thursday for an alleged ISIS-inspired plot to detonate a bomb in New York City was an event speaker for a major "mainstream" Islamic organizations in the United States, an FBI official has confirmed to WND.

Noelle Velentzas, 28, was arrested by federal authorities with Asia Siddiqui, 31, in Queens, New York, where they were roommates. According to court documents, they had direct connections to known or suspected terrorists in the U.S. and abroad.

An FBI official at the New York City office told WND his investigators had information that Velentzas was a scheduled speaker at an event hosted by the Islamic Circle of North America, also known as ICNA. WND found references on the Web to two ICNA events in which a Noelle Velentzas was listed as a speaker – a fundraising banquet in 2013 and the group's annual convention in 2012 – but the FBI official said he could not confirm that either of these events corresponded to his information.

An event listing states "Sister Noelle Velentzas" was featured with Imam Siraj Wahhaj as the speakers at the ICNA Relief fundraiser in Queens April 27, 2013, to "help Women in our urgently needed US-based programs."

The fundraiser was held just two weeks after the Boston Marathon bombing. According to the Justice Department complaint, Siddiqui told an undercover FBI agent Velentzas "has been obsessed" with pressure cookers since the Boston bombing. Velentzas told the agent she had recently received a pressure cooker as a gift and, in an apparent reference to explosive materials, said, "You can fit a lot of things in [the pressure cooker], even if it's not food."

Velentzas allegedly told the agent of her apocalyptic beliefs.

"We are living … the last war, the big war before the end of day starts, in English they call it Armageddon, we are actually living in that time, it’s not a joke, it starts in Syria," she said, according to ABC News.

Wahhaj – an imam at Masjid Al-Taqwa in Brooklyn who was close to the "blind sheik" convicted in the 1993 World Trade Center bombing, Omar Abdel Rahman – was named by the Justice Department as an unindicted co-conspirator in the case. Wahhaj is on record urging a violent overthrow of the "filthy" U.S. government assisted by jihad warriors armed with Uzis.

A staffer at ICNA Relief's headquarters in Queens said he could not confirm that the Noelle Velentzas arrested Thursday was the person featured at ICNA events, referring WND to the ICNA Relief director, Mohammed Arif, who was unavailable. No one answered the phone at ICNA's main office, also in Queens.

A Noelle Velentzas also was listed as a workshop speaker at the 37th Annual ICNA-MAS Convention in May 2012 in Hartford, Connecticut, which was themed "Defending Religious Freedom, Understanding Shariah."

Velentzas' workshop was titled "Social Service: a Tenant of Shariah."

Read "ISIS Rising: Prelude to a neo-Ottoman Caliphate" to learn the shocking truth about ISIS – FREE to WND readers!

ICNA has been characterized by many politicians and journalists as “mainstream” and “moderate,” but it was one of the 29 organizations listed in a 1991 Muslim Brotherhood strategy document seized by the FBI that describes the Brotherhood's long-term goal of “sabotaging” the U.S. system from within and replacing the U.S. Constitution with Shariah, or Islamic law.

The 29 organizations – which also include the predecessor to the Council on American-Islamic Relations, the Islamic Society of North America and the Muslim Student Association – were said to be working in the U.S. to further the Brotherhood’s goals.

The "MAS" in ICNA-MAS is the Muslim American Society, another Muslim Brotherhood organization among the 29, which has joined with ICNA in many endeavors, including the annual convention. MAS was listed, along with the Council on American-Islamic Relations, or CAIR, as a terrorist organization by the cabinet of the United Arab Emirates in 2014. Abdurrahman Alamoudi, who is serving a 23-year prison sentence for terror financing, testified under oath that MAS was created as a branch of the Muslim Brotherhood and continued to serve that function. The charging documents said an undercover FBI agent met with the two in recent months and allegedly discussed efforts to learn the “science” involved in building explosives.

Velentzas expressed anger to the undercover agent over U.S. airstrikes targeting ISIS and said she and Siddiqui wanted to be referred to as "citizens of the Islamic State."

The documents said that two weeks after Pugh's arrest was reported, Velentzas said she didn't understand the need expressed by some to join ISIS overseas when there were ways of “pleasing Allah” in the U.S.

She allegedly said she was looking "to make history" and discussed possible targets for a bombing with the FBI agent.

The complaint says both the FBI agent and Velentzas were unaware that Siddiqui had four propane tanks and instructions on how to make a bomb.

The charging documents said Siddiqui nine years earlier "became close with Samir Khan," the American who joined AQAP, became editor of the jihadist group's Inspire magazine and published a bomb-making article that had a role in numerous terror plots, including the Boston Marathon bombing.

Velentzas allegedly praised the Sept. 11 terror attacks and told the undercover officer that being a martyr through a suicide attack guarantees entrance into heaven. The complaint says she showed the officer the background picture of her phone, which had bin Laden holding an AK-47. She allegedly called bin Laden and his mentor, Abdullah Azzam, her heroes.

The Muslim Brotherhood papers that describe ICNA's role in the U.S. were discovered in the raid of Brotherhood leader Ismail Elbarasse's home in Annandale, Virginia, after his arrest on suspicion he had cased the Chesapeake Bay Bridge and other bridges for a possible terrorist attack. After translating the Arabic-written papers into English, investigators realized they had seized the archives of the U.S. branch of the International Muslim Brotherhood.

One secret document found during the raid of Elbarasse’s home spelled out the Brotherhood’s ambitious plans for a U.S. takeover.

It states the "Ikhwan," or Brotherhood, "must understand that their work in America is a kind of grand jihad in eliminating and destroying the Western civilization from within, and ‘sabotaging’ its miserable house by the hands of the believers, so that it is eliminated and Allah’s religion is made victorious over all other religions."

The U.S. Brotherhood established a committee to study the legal aspects of setting up charities in America to use as a “side” or “facade,” as they put it in their writings, to launder illegal payments to terrorists.

U.S. prosecutors entered the secret documents as evidence in the Holy Land Foundation terror trial, which found the Texas-based Brotherhood group has channeled more than $12 million to the Palestinian terrorist group Hamas. The documents, displayed as exhibits in the courtroom, were unopposed by the defense, further attesting to their authenticity. 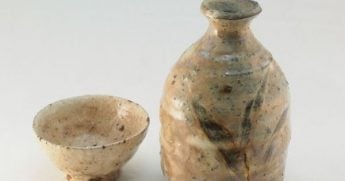