Joe Naugler with his children. He and his wife Nicole, who took this photo, have been married almost 20 years and have 10 children together.

A homeschooling couple was arrested and had all 10 of their children taken by the state Thursday after a local sheriff acted on a tip about alleged poor living conditions at their 26-acre homestead where they live "off the grid."

The Naugler family lives a "back to basics" lifestyle that few would choose, but it makes them happy, says a family friend. The couple has been married almost 20 years and are expecting their 11th child in four months. They have six dogs, two cats and a few farm animals on their "Blessed Little Homestead" in rural southwest Kentucky, according to their Facebook site.

But the Breckinridge County Sheriff's Office has charged homeschool dad Joe Naugler with the misdemeanor crime of "menacing" and child welfare agents are investigating allegations of unfit living conditions for the couple's children.

Sheriff Todd Pate showed up at the homestead Wednesday evening with at least one other deputy. When Naugler's wife, Nicole, saw the police cars she got in her vehicle and drove off with her two oldest sons. The other eight children were off site with their dad. Nicole, who is five months pregnant, was stopped not far from the homestead and reported being slammed belly-first against the police cruiser. She suffered bruises to both arms, according to her account and photos placed on the family's Facebook page.

Joe Naugler was told by police to have his remaining eight children turned in to authorities by 10 a.m. Thursday morning, or face felony charges. He complied. Nicole Naugler says she was bruised on both arms in a fracas with sheriff's deputies when she tried to stop them from taking her children on the evening of May 6.

Nicole Naugler was charged with disorderly conduct and resisting arrest, as she said she was trying to protect her children from being taken by the deputies.

Her husband has been charged with menacing, which occurs when someone "intentionally places another person in reasonable apprehension of imminent physical injury," according to Kentucky state statute 508.050.

But the children were not seized because of the menacing or disorderly charges, WND has learned. They were taken because of accusations, possibly from a neighbor, about the living conditions.

The family's Facebook page, shows a small, wood-frame shack of 280 square feet with an extended porch area covered by a tarp. They have a generator for power and are in the process of seeking donated materials to enlarge the wood cabin, according to their Facebook site. Choosing a different way of life

A family friend, Pace Ellsworth, told WND the Nauglers and their 10 children were a happy family that chose to live outside of modern systems.

"They chose to live off grid and chose to live as homeschoolers with no curriculum, and they just chose to live that way and to have their children have a more eclectic experience, a way of life that most people don't experience anymore," Ellsworth said. "It's become sort of a thing in the world to go off grid. And going off grid doesn’t mean Davy Crockett anymore, it means having solar panels, or a wind farm and having a little more freedom, more freedom as opposed to living with a corporation, or the state."

The Nauglers' tiny cabin has no running water. They use an outhouse with a latrine and have a working septic system, Ellsworth said. They cook on a wood stove.

They grow their own vegetables and hunt on their land.

The site has more than 30,000 "likes" and many comments, most of them positive.

One commenter, Richard Martin, said: "It would not be my choice to live like that. But you never asked me for my opinion..lol..If your family is healthy and happy, then who am I to tell you to change. I applaud you and hope the best for your family."

WND tried to reach Sheriff Pate but was told he was off duty Friday. "He has Fridays off," said a staff member who answered WND's call at the Breckinridge County Sheriff's Office.

A story appeared on Infowars Friday and generated a lot of phone calls to the Sheriff's Office, said Sue Midcalf, who answered the phone at the office.

The Nauglers are scheduled to appear in court Tuesday on the misdemeanor charges. A child custody hearing has been set for Monday, according to attorney T.J. Schmidt with the Home School Legal Defense Association.

Schmidt said the sheriff did have a petition signed by a judge to remove the children from the home.

"The sheriff even said on an audio recording that he felt like this allegation, that there was nothing to it," Schmidt told WND. "As an attorney, that raises the question to me that if the allegations didn't raise sufficient concerns then how were they able to get the petition signed by the court?"

"I don't believe that misdemeanor charge had anything to do with the reason why the children were moved. It had to do with allegations of living conditions," he added. "We're doing the best we can to get as much information and pursue several avenues to help this family."

EDITOR'S NOTE: The HSLDA had some initial contact with Joe and Nicole Naugler but were not retained. The couple is being represented by a local attorney in Kentucky.

Feuding neighbors and allegations about a gun

Ellsworth said Joe Naugler had recently had a dispute with a neighbor and that the anonymous tip given to Child Protective Services could have come from the neighbor.

Ellsworth said he had a copy of the CPS report sent by the parents and read it to WND over the phone.

"From the text of the report the father was accused of threatening a neighbor by asking the child to 'hand him the gun.' There was no gun ever produced in the incident so there was no immediate imminent threat," he said. "You have to put this in the context of other national stories, and I don't think there was an imminent threat of anything."

The confidential tipster also reportedly said Nicole Naugler "had given birth in a tent, which is not true, and that there was no running water or septic system, which is partially true," Ellsworth said. "They take care of their waste in a sanitary way, they use latrines and compost and they handle things in a way that is good and proper." Inside the Nauglers' "Blessed Little Homestead"

He said county investigators signed off on the sanitary system today.

Naugler has set up a GoFundMe page to raise money for the Nauglers' legal expenses. It had raised $23,515 by 7 p.m. Friday.

"The only complaint that they noted for an immediate change after today's inspection was that there was a pile of garbage where they would pile it before they would haul it out, that was not fenced and so it was a little too accessible to the children," he said. "All the others were reviewed and dismissed. Up until this point the only ones that had reviewed the property was the sheriff and a deputy. So that's all we have right now, that there were allegations and based on the subjective analysis of the sheriff they just took the children before they had a chance to get an attorney. The children are now in CPS custody, with four families in four separate counties, and they were supposed to have arranged a phone call with the children which I'm told has not happened so far today."

Michael Farris Jr., with the Home School Legal Defense Association, said homeschool families can be singled out because they live a different lifestyle. In the case of the Nauglers, that lifestyle stood out even more than normal.

"We get calls all the time from families getting hauled in after they've been faced with some anonymous tip, whether it be a rural or urban situation," he said. "And we do try to help these families out."

Nicole Naugler spent a night and part of the next day, 18 hours total, in the county jail before bonding out.  Joe Naugler was never taken to jail, Ellsworth said.

Trump on conservative wins worldwide: 'Great movement' is 'happening all over the world' 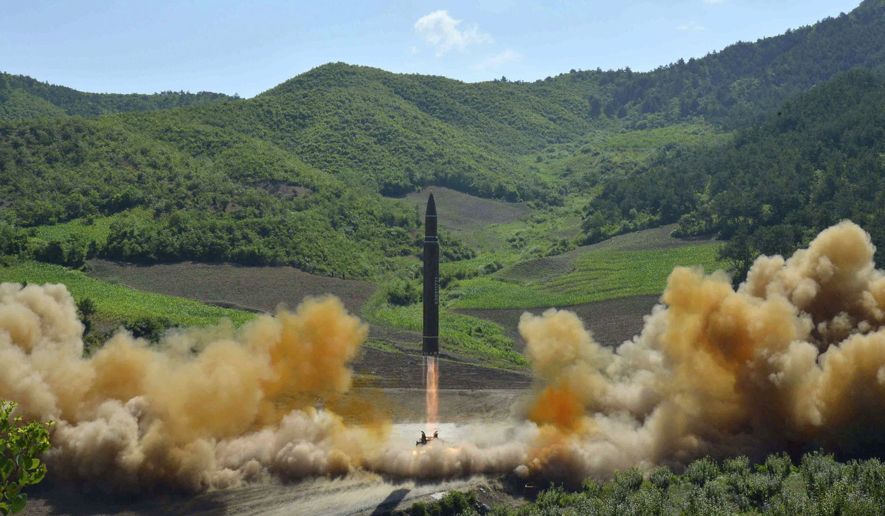