A court in Illinois will have to determine now whether a massive Planned Parenthood abortion facility is legal and can continue to operate after an appeals court determined its neighbors had a valid concern that it was out of compliance with the city's zoning requirements.

The ruling came from the Illinois Appellate Court, Second Judicial District, which reversed an earlier decision by the lower court to dismiss the complaint brought by the Fox Valley Families Against Planned Parenthood.

They are represented by lawyers with the the Thomas More Society of Chicago.

The plaintiffs argued that the mega-abortion operation, which was built eight years ago in Aurora, Illinois, was illegal since it was built on and remains located in a business development district – reserved exclusively for profit-making businesses.

Planned Parenthood has set itself up as a nonprofit.

Get "Abortion Free: Your Manual to Building a Pro-Life America One Community at a Time," and start putting its recommendations into effect in your home town.

The appeals court ordered discovery and further proceedings in the lower court to address the neighbors' main claim, that the zoning specifically bans nonprofits so Planned Parenthood is not allowed to be there.

Peter Breen, special counsel for the society, said, "This facility was built on a foundation of deception, and the appellate court's ruling reaffirms that Planned Parenthood must obey Aurora's zoning laws, just like any other resident of Aurora."

He said, "Planned Parenthood built its abortion facility in Aurora under false pretenses and in blatant violation of the strictures of Aurora's zoning code, which require a tax-paying for-profit use on that site."

The society report said unless there are some further proceedings that move the case up to the Illinois Supreme Court, the case will return to the DuPage County Circuit Court for litigation over the conflict between Planned Parenthood and the city's zoning.

According to the society, "Planned Parenthood boasted that it had been paying property taxes on the property from 2006 throughout the pendency of proceedings in the circuit court, and its attorneys argued that such payment of property taxes proved that it was lawfully operating as a for-profit entity. However, within a few months after the suit was dismissed by the circuit court, Planned Parenthood applied for and was granted property tax exemptions and a rebate of taxes paid for the prior three years, arguing that its use of the property was strictly charitable and non-profit. In 2007, Planned Parenthood also won $8.05 million in 501(c)(3) tax-free bond financing from the Illinois Finance Authority upon its promise that it would use the property for exclusively charitable purposes."

The structure was constructed with Planned Parenthood hiding behind dummy "front" companies during the time the 21,000-square-foot building was permitted and built.

The Thomas More Society said, "Planned Parenthood withheld its true intended use and the resultant negative impact on its neighbors from the people and city of Aurora. After media revelations in July 2007 that the property was to house a massive Planned Parenthood abortion facility, intense public outcry resulted. But Aurora finally allowed the facility to open in October 2007."

Aurora Mayor Thomas Weisner made the decision to allow the abortion facility to move forward, but then the city later argued that it was a legislative decision by the city that reached that conclusion.

"We conclude that no such decision was made. We also conclude that it was error to interpret plaintiff's claim against the Planned Parenthood defendants as one for administrative review. … We reverse the trial court's order granting summary judgment in favor of the Planned Parenthood defendants on plaintiff's claim that the ongoing use of the property violates the [zoning.]

"We also hold that it was error to limit discovery on this issue and to strike plaintiffs' request for declaratory judgment relating to this issue."

At public meetings regarding the project, Planned Parenthood concealed its identity until it was outed by local reports. Officials were describing the project as a "medical office building."

The plaintiffs also had suggested that surgical procedures such as abortions also were not allowed in an office building setting, and also that it required a special use permit, which was not obtained.

The original list of complaints also noted Planned Parenthood did not have the required parking availability or yard size. And they said Gemini did not seek variances or exceptions to those requirements.

The plaintiffs also explained that they had been unable to obtain voluntary statements pertinent to the case from the zoning administrator, mayor and city council "due to their hostility." Under formal discovery, such statements could be required.

Pro-life organization ramps up work for 2016 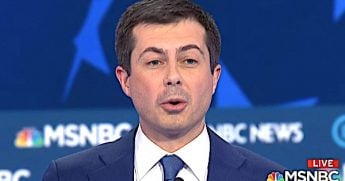