When someone gives out your cell-phone number to the public, you could maybe just ask for a new number?

Not in the world of politics.

Sen. Lindsey Graham, R-S.C., who is in a verbal tussle with billionaire Donald Trump, a rival for the GOP presidential nomination, has released a video on how to destroy a cell phone.

There's the golf swing. And the lighter fluid. And the plunge off a building. And a meat cleaver. And a mixer. And a heavy concrete blocked dropped. And some sort of convection oven. And a skewer.

And just tossing it.

Says Graham, "And if all else fails, you can just give your number to the Donald."

The video was posted online by the IJReview, which said Graham had stopped by the newsroom.

Trump said Graham had once called him "begging" to put in a good word with "Fox & Friends" for an appearance, and he read the phone number he apparently was given.

It followed by only hours Graham describing Trump as "the world's biggest jackass" for questioning the "war hero" status of Sen. John McCain, R-Ariz.

Yahoo News reported a call to the number supplied by Trump went to Graham's voice mailbox, which was full.

On Wednesday, Trump had no regrets.

"I did I for fun, and everybody had a good time," he said.

"He calls me names," Trump said. "You have to fight back. I'm trying to be nice. I want to be nice. I'm a nice person. But everybody's calling me names."

Polls this week show Trump opening up a double-digit lead in the race for the Republican nomination. 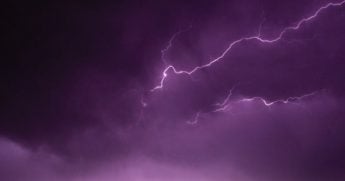