Supporters of same-sex marriage may think they're simply making the world a fairer and more equal place, but they are unwittingly helping the radical left destroy marriage and the family, according to professor and author Paul Kengor.

"Those advocates of same-sex marriage have no idea that advocacy fuels and fits the much more radical left's agenda, radical left being communist, socialist, radical secular progressive left," Kengor told WND. "For the typical same-sex marriage supporter, they have benevolent motives. They're aiming for what they call 'marriage equality,' for extending a new right to a larger group of people.

"But for the radical far left, they have malevolent motives with this. I mean, they've been looking to take down the family for two centuries, and in same-sex marriage, they finally have the vehicle to make it happen."

Kengor, an expert on the history and strategies of the left, has spent his academic career studying communism, socialism, totalitarianism, progressivism and the Cold War. He recently applied his research to the current same-sex marriage debate by writing the new book "Takedown: From Communists to Progressives, How the Left Has Sabotaged Family and Marriage."

"People have asked me, 'Why do you want to wade into this culture war issue of gay marriage?'" Kengor said. "Well, I really would not. I mean, I really don't want to deal with this at all. It's not fun being called 'hate-filled homophobe' and 'fascist' and every name in the book simply because you're weighing in on the issue of marriage, and because you have a position on marriage that people have had for 2,000 years."

And yet the professor felt compelled to lend his expertise to the topic of same-sex marriage. Kengor said when he gets up every morning, he peruses Communist Party USA's website and its flagship publication, People's World.

About two or three years ago, he noticed both sources were suddenly gung ho for same-sex marriage and the entire "gay"-rights agenda.

This did not surprise Kengor. He knew earlier communists – from Marx and Engels to Wilhelm Reich and Herbert Marcuse – would have fully supported the same-sex marriage push.

"They all have this goal of reshaping, redefining, and taking down the natural, traditional, biblical, Judeo-Christian, male-female marriage, family," Kengor said. "So to me, the communist position on this makes complete sense."

"If you believe that it's your right to redefine marriage to mean whatever you want, in this case male-male, female-female, by what right can somebody else not redefine it some other way?" he asked rhetorically. "Maybe male-male-male or a stepfather and a stepdaughter. If I can't say that you're wrong with your definition, how can you say that they're wrong with their definition?"

In fact, the world has already seen its first male-male-male "marriage." Three men in Thailand tied the knot last Valentine's Day. And after the Supreme Court legalized same-sex marriage last week, a Montana man applied for a marriage license to legalize his polygamous marriage to two women.

Kengor acknowledged the overwhelming majority of marriages will always be heterosexual. But he believes that's actually an argument against the legalization of homosexual marriage.

To Kengor, a Roman Catholic, marriage is defined as the union of a man and a woman. He believes the animosity between the church and the state over the redefinition of marriage could have been avoided if same-sex marriage advocates had simply called their unions something else.

"But by demanding that marriage be called 'marriage' for same-sex people when marriage has always meant male-female marriage, it has brought in a huge battle with religious people," Kengor observed. "Most Christians believe that if they were to support same-sex marriage, they'd be blaspheming the Creator, their very God, and so they believe they can't do that. That's something that they can't do."

However, some Christians don't believe they will blaspheme their Creator by supporting same-sex marriage. Episcopalians voted earlier this week to allow same-sex weddings to be performed in their churches. The United Church of Christ celebrates same-sex marriages. Many other denominations, such as the Evangelical Lutheran Church in America, tolerate homosexuality, even if they do not perform same-sex weddings.

Kengor said many people have emailed him to argue that several Christian denominations tolerate same-sex marriage. They tell Kengor his position on marriage is not based on the Judeo-Christian tradition but on hate. The professor contends these left-wing Christians have been duped by the same cultural Marxists who wish to overthrow the family.

"The religious left for a long time has been a magnificent tool for exploitation by radical ideologies and radicals," he said.

Kengor worries the religious left's "tolerance" will be yet another weapon in the arsenal of those who want to force all Christians to support same-sex marriage. In fact, the early Marxists figured out how to use "tolerance" as a weapon, as Kengor wrote in his book.

Herbert Marcuse, an early-20th century philosopher, proposed an idea called "repressive tolerance": The left should tolerate ideas from the left, but not from the right. According to Kengor, this is exactly what the left does today, and it is how it has made traditional marriage supporters seem radical.

"This Marcusean idea of repressive tolerance; that's very much where the left is today," he said. "Under the banner of 'tolerance,' they refuse to tolerate ideas from the right, and this is the real tragedy: If you hold to the natural, traditional, Judeo-Christian standard on marriage, which has been the dominant position for 2,000 years, and which 99 percent of people who have walked the earth support, you're now 'on the right.'"

Kengor said the current push to make transgenderism acceptable is related to the left-wing assault on the family. Early cultural Marxists of the Frankfurt School, such as Reich and Marcuse, applied the sexual principles of Sigmund Freud to Marxism.

"They were fusing Freudianism and Marxism," Kengor explained. "Wilhelm Reich was very critical of the Soviet Union for not accepting homosexuality."

The cultural Marxists argued sexuality was fluid, according to Kengor, and they sought to break down all traditional boundaries regarding acceptable sexual relations. Therefore, he said, the Marxists' hand can be seen in widespread public acceptance of people such as Bruce Jenner, who now calls himself "Caitlyn."

If only traditional marriage advocates had a voice in the media like Fulton Sheen, lamented Kengor. Sheen was a Catholic bishop who hosted his own TV program in the 1950s in which he spoke out about moral issues, including the communist threat in America. His show, "Life is Worth Living," won an Emmy and was the No. 1 rated show at 8 p.m. for a time. With only a few TV channels in the 1950s, Sheen had enormous influence.

Kengor said there is no conservative Christian voice comparable to Sheen today, but he did point to a number of influential leaders and groups – Franklin Graham, James Dobson, Cardinal Timothy Dolan and the Southern Baptist Convention.

"Really, in a way today, you could argue they are more powerful in that there's more of them and that they're spread out," Kengor said. "Really in a way what they lack, though, is the kind of single cohesion that Fulton Sheen could represent as a single voice with a prime-time slot on television, where so many people were watching."

Despite the large number of traditional marriage voices, Kengor believes same-sex marriage has grabbed hold of the culture and is likely to stay. But he said it remains to be seen how the culture will adapt to this new form of "marriage" and whether it will work out for the children of same-sex couples.

"I think if I had to predict, the children of same-sex households 20 or 30 years from now will probably say, 'I love my two moms,' or, 'I love my two fathers,'" Kengor said.

"But I think most of them will probably say, too, that all things being equal, they probably would have preferred to have a mom and a dad. It's just the natural order of things. It's common sense." 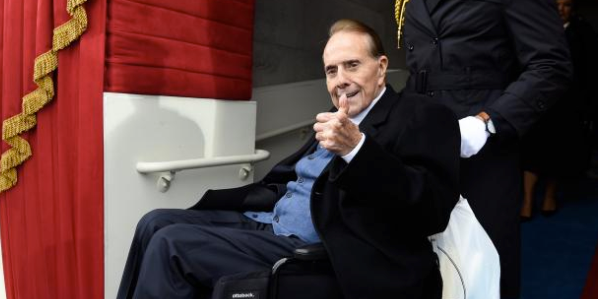