Donald Trump has admitted he actively works to pay as little as possible in taxes because he despises the way the government utilizes taxpayer funds.

Largely ignored by the news media is that in his 2011 book, "Time to Get Tough: Making America #1 Again," the billionaire laid out a plan to completely transform the tax code, with a uniform proposal for all Americans to pay lower taxes.

Trump's revenue prescription, which he labeled his 1-5-10-15 income-tax plan in the book four years ago, could form the basis for his campaign's tax proposals.

In the book, Trump decried the current tax code: "Imagine your paycheck was 40 percent higher than it currently is. What could you do with 40 percent more wealth? How many jobs and opportunities for others could you create?

"The longer you really think about it the madder you will get," he wrote, "especially when you consider the waste, fraud, and abuse the federal government traffics in as it inflicts its self-defeating policies on hard-working Americans."

"It's clear and fair," wrote Trump. "Best of all, it can be filled out on the back of a postcard and will save Americans big bucks on accountants and massive amounts of time wasted attempting to decipher the tax code."

"The Debt Bomb: A Bold Plan to Stop Washington from Bankrupting America," by Sen. Tom Coburn and John Hart reveals the escape route for the looming cloud.

In the book, Trump offered up a five-point economic plan "that encourages growth, savings, and investment."

Here is a WND summary of those five points:

1) Abolish the estate or "death" tax

"It's immoral for the government to tax you after you're dead," he wrote, "to seize a portion of your money and property that you spent your life building up, and on which you already paid taxes. Your children deserve your estate, not the federal government."

Obama in April proposed changes to estate tax that critics say could bring the death tax to an effective rate of 57 percent. Adding in state inheritance taxes, the rate would average 65 percent but could go as high as 67 percent, according to a Heritage Foundation analysis.

Writing in 2011, when Obama proposed moving the death tax to an effective 45 percent, Trump cited a study by former Congressional Budget Office Director Douglas Holtz-Eakin, who found that found the 45 percent rate "is a proven jobs killer, because it will strip $1.6 trillion of small business capital out of the hands of job creators."

Trump labeled these as "two more taxes that are proven jobs and investment killers."

"Capitalism requires capital," the reality star explained. "When government robs capital from investors, it takes away the money that creates jobs – real private sector jobs that contribute to the health of our economy."

The billionaire also suggested lowering to zero the tax rate for those companies that outsourced overseas but decided to return to the U.S.

"Bottom line: hire American workers and you win. Send jobs overseas, and you may be fine, but you will pay a tax," he wrote.

Trump: 'I fight like hell' to pay low taxes

Speaking to CBS's "Face the Nation" on Sunday, Trump declared, "I fight like hell to pay as little as possible, for two reasons. Number one, I am a businessman, and that's the way you are supposed to do it. And you put the money back in your company and employees and all of that."

He continued, "But the other reason is that I hate the way our government spends our taxes. I hate the way they waste our money, trillions and trillions of dollars of waste and abuse. And I hate it.

"And I will be probably the first candidate in the history of politics within this country to say, I try and, like every, by the way, like every single taxpayer out there, I try to pay as little tax as possible, and, again, one of the big reasons is, I hate what our country does with the money that we pay."

What do YOU think? Headed into the GOP debate, whom do you dislike most? Sound off in today's WND poll 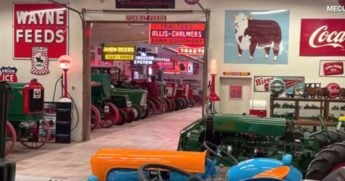 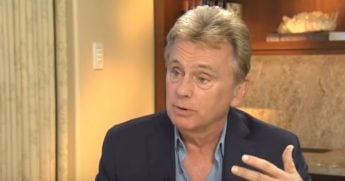 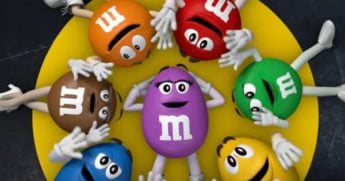