Wednesday's announcement by Palestinian leader Mahmoud Abbas that the Palestinians will no longer abide by the Oslo Accords and the raising of the flag of Palestine for the first time over the United Nations in New York could be ominous signs for the future of peace in the Middle East, say experts in Bible prophecy.

Jonathan Cahn, author of the New York Times bestsellers "The Harbinger" and "The Mystery of the Shemitah," said the flag raising is a significant symbolic moment in history.

And it comes about a month after Pope Francis and the Vatican recognized the state of Palestine.

"Palestine is the name given to the land of Israel by the Romans, who sought to erase the connection of the Jewish people to the Promised Land. It literally means 'Land of the Philistines,'" Cahn said.

In other words, the very name, "Palestine" was given to the area as a snub to the Jewish people because the Philistines were their ancient biblical enemy.

At the same moment the flag was raised, Mahmoud Abbas, president of the Palestinian Authority, told the world that the Oslo Accord Peace Agreement was now dead and the Palestinians would no longer be bound by the Accords.

"All security agreements with Israel are now annulled. He called on Palestinians to resist Israel," Cahn said. "All of these things will tend toward conflict and possibly war."

William Koenig authored the 2004 book, "Eye to Eye: Facing the Consequences of Dividing Israel," which documented the rise of punishing hurricanes whenever the U.S. turned toward anti-Israel or pro-Palestinian policies.

Koenig finds it more than coincidental that a tropical depression formed in the Atlantic on Sunday night, as the world was observing the super blood-moon eclipse on the biblical feast of Sukkot.

Now the storm is a Category 2 hurricane – and it's projected to make landfall in the area between Washington, D.C., and New York by Monday morning. The Palestinian flag is raised at U.N. headquarters on Sept. 30 (Photo: Twitter/Cemalettin Hasimi)

"The storm became Hurricane Joaquin as Russia’s Foreign Minister Sergey Lavrov was preparing to host a U.N. Security Council meeting on Israeli-Palestinian peace efforts, as the issue took center stage at the U.N. ahead of a Palestine flag-raising and speech by Palestinian leader Mahmoud Abbas to the United Nations General Assembly calling for Palestine to be established," Koenig said.

There is also meaning in the name, "Joaquin," he said.

"Joaquín's origin in Hebrew has the literal meaning 'lifted by Yahweh' or 'established by Yahweh,'" Koenig said.

Jehoiakim was  one of the last kings of Judah in the Old Testament.

Koenig said that, in researching for his book, he found that "when the U.S. or another nation applies pressure on Israel to divide its covenant land, given by God to Abraham and his descendants, there are enormous record-setting storms and/or events that correspond."

Find out how the biblical seven-year cycle is affecting America and the world in Jonathan Cahn's highly acclaimed, fully documented "The Mystery of the Shemitah."

The Oslo Accords now sworn off by Abbas were a series of peace agreements between Israel and the Palestinians signed in the early 1990s. They have served as the basis of cooperation between the bitter enemies with the eventual goal of creating a two-state solution.

The Accords, negotiated in secret at meetings in London and Norway, were first signed on Sept. 13, 1993, calling for a "comprehensive peace settlement" within five years.

Joel Richardson, an internationally known Bible teacher, filmmaker and author of the bestsellers, "The Islamic Antichrist," as well as “Mideast Beast” and "When A Jew Rules the World," said he was not surprised by Abbas' move nor by the flying of the flag atop the U.N.

"We must understand that the United Nations has been increasingly influenced by a broad pro-Palestinian, Islamist-funded Jew-hating lobby for decades now," said Richardson, who traveled to the Middle East to make the documentary film, "End Times Eye Witness," in which he interviewed leaders of the Jewish, Christian and Islamic faiths with questions about their expectations for the last days.

"The testimony of the biblical prophets is both clear and consistent that in the last days all nations, i.e. the United Nations, would not merely come together to support the latter day Philistines, but will even come against Israel in a united military front," Richardson told WND. "The time of Jacob's trouble is drawing ever closer. Now is the time to stand with the Jewish people against the hatred and deceptive propaganda that is rising to flood levels against her."

It is also worth noting that Wednesday's news from the Palestinians comes just as the prophetic "year of Jubilee" begins, Cahn said.

"This is a 49/50 year cycle determined by the timing of the Seventh Shemitah that appears near the mystery of the Shemitah," he said. "In the last two cycles, it has brought war, war in the Middle East, war involving the land of Israel, and resulting in an end-time prophetic restoration. Not that it has to continue to manifest, but as of Sept. 23, we have entered this period. If it follows the pattern of the last two, then we would expect an eventful year with regard to Israel and the Middle East – and the possibility of conflict focusing on Jerusalem, even possibly the Temple."

"Interestingly, as we approached the beginning of the Prophetic Jubilee, the Temple Mount conflict began. And it began just hours before the Jewish New Year, the Feast of Trumpets. In other words, it began on Elul 29, Sept. 13, the Shemitah’s day of nullification." 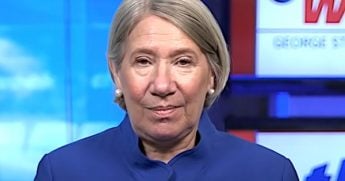