New Jersey Gov. Chris Christie tore into Donald Trump Friday, saying the billionaire businessman only proved his presidential campaign is a joke by failing to quiet a town-hall questioner who asked how best to "get rid" of Muslims.

“I would correct him," Christie told NBC’s “TODAY” on Friday morning. "I’d say that the president is a Christian and he was born in this country. Those two things are self-evident.”

Christie also said he wouldn't "lecture" Trump about the best course of action he should have taken. But he did make clear: "I wouldn't have permitted that," he said.

"Donald Trump's got to decide, as we've seen, I've said this all along, he's got to decide how serious a candidate he wants to be, and how he handles different problems like this are going to determine that in the eyes of the American people."

As Politico reported, Christie said: "If someone brought that up at a town hall meeting of mine, I would've said, 'No, listen. Before we answer, let's clear some things up for the rest of the audience.' And I think you have an obligation as a leader to do that."

Christie's remarks only tack on to what's becoming the hottest presidential campaign story of the week.

It began Thursday evening, when an unidentified man at a town hall meeting in Rochester, New Hampshire, asked Trump: "We have a problem in this country. It's called Muslims. You know our current president is one. You know he's not even an American."

The man continued: "You know he's not even an American — birth certificate, man!"

“We need this question?” Trump asked, laughing. "This is the first question?"

The man, who wore a Trump T-shirt, continued: "Anyway, we have training camps growing where they want to kill us. That's my question. When can we get rid of them?"

Trump disregarded the Obama references. But as WND has previously reported, the billionaire businessman was once a very vocal and ardent pursuer of the truth about the president's place of birth, once offering to give $5 million to charity in return for information and documents proving Obama's eligibility to seek the White House. In 2013, for instance, Trump said during an ABC interview of Obama's birth status: "Was there a birth certificate? You tell me. ... Nobody knows."

At the town hall, Trump didn't head back down that birther path – but as Christie's remarks indicate, it almost didn't matter. His political opponents, including Democrat front-runner Hillary Clinton, were quick to pounce.

In a tweet, she wrote: "Donald Trump not denouncing false statements about POTUS & hateful rhetoric about Muslims is disturbing & just plain wrong. Cut it out. –H."

The chairwoman of the Democratic National Committee had even harsher words for Trump.

“GOP frontrunner Donald Trump’s racism knows no bounds. This is certainly horrendous but unfortunately unsurprising given what we have seen already,” said Debbie Wasserman Schulz.

And self-declared socialist Sen. Bernie Sanders, who's giving Clinton a run in the poll numbers for president, called on Trump to apologize to Obama.

"Trump must apologize to the president and American people for continuing the lie that the president is not an American and not a Christian," he tweeted.

Even Martin O'Malley, the former Maryland governor trying to scramble together support for his lagging presidential race against Clinton and Sanders weighed in, saying in his own Twitter post, "'Muslim' is not a slur."

What do YOU think? What is Obama's religion? Sound off in today's WND poll.

Trump released a statement to The Washington Post defending his response.

"The media wants to make this issue about Obama," he told the Post. "The bigger issue is that Obama is waging a war against Christians in this country. Their religious liberty is at stake."

When asked if Trump believes that Obama is a Muslim, Lewandowski told the Post that he doesn't speak for Trump and that it's "up to the media" if they want to "make this about Obama."

And Kailani Koenig, another campaign official for the Trump side, sent out this Twitter message: "Trump camp: 'Mr. Trump was referring to the need to protect Christians religious liberties as his previous statement says and nothing more."

CNN's Anderson Cooper, meanwhile, used his nationally broadcast platform to denounce Trump's failure to cut down the man's statements, saying it seemed the businessman lacked the "guts to stand up to some loudmouth in his own crowd," he said.

According to a recent poll conducted by Cooper's own network, nearly one third of Americans believe that Obama is Muslim and was not born in Hawaii.

Twenty-nine percent of respondents to a CNN poll released Sunday said they believe Obama is Muslim, including 43 percent of Republicans. 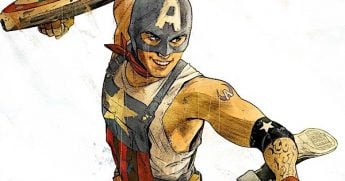