The World Health Organization, a U.N. agency tasked with coordinating health-related policies for the global body, ruled in its latest report that sausage, bacon and perhaps burgers are just as big a cancer threat as cigarettes.

WHO classified red meat as "probably carcinogenic," and found processed meat like sausage and bacon are basically one and the same as arsenic and asbestos when it comes to causing certain cancers. As the Daily Mail reported, the U.N. health agency said even eating a sausage a day – less than one, actually – increases the risk of the consumer's chance of getting bowel cancer by nearly a fifth.

And WHO examiners' recommendations?

"We've known for some time about the probable link between red and processed meat and bowel cancer," said Tim Key, an epidemiologist at the University of Oxford who specializes in cancer research, the Daily Mail reported. "This decision doesn't mean you need to stop eating any red and processed meat. But if you eat lots of it, you may want to think about cutting down. You could try having fish for your dinner rather than sausages, or choosing to have a bean salad for lunch over a BLT [bacon, lettuce and tomato sandwich]."

He admitted eating bacon once in a while isn't likely to cause health harm.

"Having a healthy diet is all about moderation," he said, the news outlet reported.

Processed meat is that which has added chemicals for preservation reasons, including ham, salami, sausages and most burgers – the last because the meat contains too much salt and fat.

"It's better to get what you need from fresh red meat," said Rachel Thompson, head of research interpretation at the World Cancer Research Fund UK, the Daily Mail said. "Processed meat contains more salt and fat and there is likely to be a higher cancer risk from the actual processing."

But the meat industry was quick to refute the findings.

She cited the Mediterranean diet and the fact that those who follow that eating plan actually consume twice the recommended amount of processed meats.

"People in countries where the Mediterranean diet is followed, like Spain, Italy and France, have some of the longest lifespans in the world and excellent health," Booren said.

The WHO report recommended meat eaters avoid sausage and bacon, as well as red meat that's processed in groceries, and to instead go for steaks and chops. Meat is considered processed when it's smoked, cured, salted or otherwise treated with chemicals. 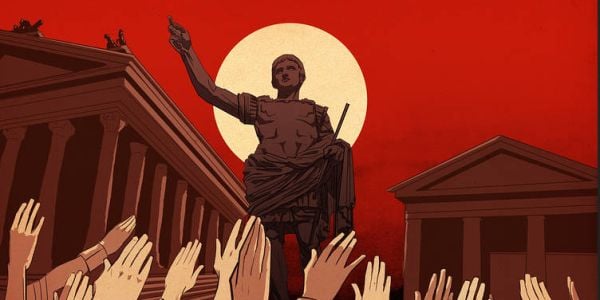 Freedom or totalitarianism – which will Americans choose?

Why are Christians so passionately pro-life?