In the wake of widespread sexual assaults on women during New Year's Eve celebrations at choice spots in Germany, much of which was alleged to have been committed by recent refugees and migrants, the government has put out some alerts and warnings aimed at defraying future similar incidents – in the form of posters and cartoon pictures.

One such poster showed a cartoon of a bikini-clad woman, posing with her back toward the viewer. From the side panel and toward the woman's bottom stretches an arm with ostensibly, a man's hand, over which sits a bright red circle with a line drawn through the center. The accompanying text, below the picture in German, is a warning that in essence reads: "No grabbing the girls at the pool, please," the Gateway Pundit reported.

Other posters and public messages are aimed at keeping Germans and visitors to the country from defecating outside the proper areas.

A graphic shows an image of a person, drawn in black, standing beneath a shower head. Alongside is a similar image of another person squatting above a black, triangular shaped object. The accompanying text, in both German and English: "Please do not poop in the showers," the Twitter image showed.

As Gateway Pundit pointed, Germany's also "printing little posters with 'do's and don't's' for Muslim migrants ... at swimming pools, and at festivals and carnivals, where groups of women might gather and where Muslim men may feel frisky."

The purpose of these posters?

As WND reported, Germany's government has come under fire for its official response to the numerous complaints of rape and sexual assault made by women during New Year's Eve celebrations – a response that included several days of silence and media blackout. 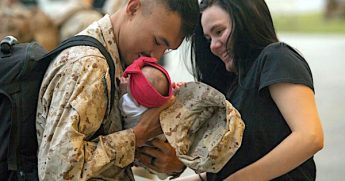 States fight back against Biden mandate for VA abortions