In 1570, Ivan the Terrible attacked Novgorod, which had been for centuries a successful Russian republic on the Baltic Sea. Ivan's first command was to subjugate the church. He stripped cathedrals and monasteries of their valuables; put priests and deacons in shackles and flogged them til they paid a ransom; and he ordered some 500 clergymen beaten to death.

Ivan laid waste to 90 percent of the farmland surrounding Novgorod. Ivan's 6,000 secret police, called Oprichniki, pillaged, burned, arrested and terrorized with cruel violence. Men, women and children were roasted over fires; tied to sleds and dragged through town; trapped under ice in the Volkhov River and if they managed to surface they were shoved back under. According to "The First Pskov Chronicle," 60,000 people were senselessly slaughtered by Ivan the Terrible.

The French Revolution's Reign of Terror, was led by Robespierre, head of the "Committee of Public Safety." In a speech titled "The Terror Justified," Robespierre told the National Assembly, Feb. 5, 1794: "Lead ... the enemies of the people by terror. ... Terror is nothing else than swift, severe, indomitable justice."

Robespierre attacked Christianity and turned churches into Temples of Reason. The secular French French government beheaded 40,000 in Paris, then slaughtered 300,000 in the Vendee from 1793-1796.

Nazi leader Hans Frank continued: "Before all, God pronounced and executed judgment on Hitler and the system which we served with minds far from God. Therefore, may our people, too, be called back from the road on which Hitler – and we with him – have led them. I beg of our people not to continue in this direction, be it even a single step; because Hitler's road was the way without God, the way of turning from Christ, and, in the last analysis, the way of political foolishness, the way of disaster, and the way of death. ... His path became more and more that of a frightful adventurer without conscience or honesty, as I know today at the end of this trial. We call upon the German people ... to return from this road which, according to the law and justice of God, had to lead us and our system into disaster and which will lead everyone into disaster who tries to walk on it ... everywhere in the whole world."

Another instance of government without God was during the Soviet era where millions were killed in purges. Stalin said: "Crisis alone permitted the authorities to demand – and obtain – total submission and all the necessary sacrifices from its citizens."

President Franklin Roosevelt told the delegates of the American Youth Congress, Feb. 10, 1940: "The Soviet Union ... is run by a dictatorship as absolute as any other dictatorship in the world."

Richard Pipes commented on the absolute power of Russia's Josef Stalin in his book, "Communism – A History" (Random House, 2001): "To break the resistance of the peasants in the Ukraine, the North Caucasus, and the Kazakhstan, Stalin inflicted on these areas in 1932-33 an artificial famine, shipping out all the food from entire districts and deploying the army to prevent the starving peasants from migrating in search of nourishment. It is estimated that between 6 and 7 million people perished in this man-made catastrophe."

Richard Pipes recorded in his book, "Communism – A History": "Stalin's regime needed another crisis ... as Fidel Castro, the leader of Communist Cuba, would explain ... 'The revolution needs the enemy. ... The revolution needs for its development its antithesis.' ... And if enemies were lacking, they had to be fabricated. ..."

In February 1945, Alexander Solzhenitsyn was arrested in the Soviet Union for writing politically incorrect comments against Joseph Stalin. He was imprisoned for eight years, as he described in his autobiographical lecture, printed in the Nobel Foundation's publication, Les Prix Nobel, 1971: "I was arrested on the grounds of what the censorship had found in my correspondence with a school friend, mainly because of certain disrespectful remarks about Stalin, although we referred to him in disguised terms. A further basis for the 'charge' were drafts of stories and reflections which had been found in my map case."

Alexander Solzhenitsyn was awarded the Nobel Prize for literature in 1970, but the Communist government did not allow him to leave the country to accept it. Solzhenitsyn wrote "The Gulag Archipelago," which was translated into 35 languages and sold over 30 million copies. In response to international pressure, the Soviet Union expelled Solzhenitsyn on Feb. 13, 1974. 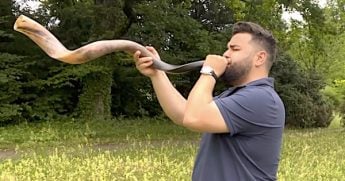