As the returns came in from South Carolina Saturday night, showing Donald Trump winning a decisive victory, a note of nervous desperation crept into the commentary.

Political analysts pointed out repeatedly that if all of the votes for Marco Rubio, Ted Cruz, John Kasich, Jeb Bush and Ben Carson were added up, they far exceeded the Trump vote.

Why this sudden interest in arithmetic?

If the field can be winnowed, we were told, if Carson and Kasich can be persuaded to follow Bush and get out, if Cruz can be sidelined, if we can get a one-on-one Rubio-Trump race, Trump can be stopped.

But is this true? Or are the media deluding themselves?

Watching these anchors, commentators, consultants and pundits called to mind the Cleveland Governors Conference of 1964.

Sen. Goldwater had just won the winner-take-all California primary, defeating Gov. Nelson Rockefeller, assuring himself of enough delegates to go over the top on the first ballot at the Cow Palace in San Francisco.

But with polls showing Barry losing massively to LBJ, the panicked governors at Cleveland conspired to block his nomination.

Michigan Gov. George Romney and Pennsylvania Gov. Bill Scranton were prodded to enter the race. Scranton would declare his availability in San Francisco with a letter accusing Goldwater of hostility toward civil rights – Barry had voted against the 1964 bill – and of excessive tolerance toward right-wing extremists such as the John Birch Society.

And what became of them all?

Goldwater won his nomination and went down in a historic defeat, but became a beloved figure and the father of modern conservatism.

Of those who turned their backs on Goldwater that fall, none ever won a presidential nomination. Of those who stood by Barry that fall, Richard Nixon and Ronald Reagan, both would win the GOP nomination twice, and the presidency twice.

And the conservative movement would hold veto power over party nominees and become the dominant philosophy of the GOP.

Folks forget. Not only were there "liberal Republicans" and "moderate Republicans" back then, they dominated the landscape. Yet rare is the Republican today who would describe himself in such terms.

Which brings us back to the anti-Trump cabal.

While their immediate goal is to deny him the nomination, do they really think that if the party nominates Rubio, things can be again as they were before Trump? Do they not see that America and the West are undergoing a series of crises that will change our world forever?

Bernie Sanders is not all wrong. There is a revolution going on.

Late in the last century, when Robert Bartley was editorial editor, the Wall Street Journal championed a constitutional amendment of five words – "There shall be open borders."

Bartley, who told colleague Peter Brimelow, "I think the nation-state is finished," wanted U.S. borders thrown open to people and goods from all over the world. To Bartley and his acolytes, what made America one nation and one people was simply an ideology.

But what was silly then is suicidal today.

Whatever one may think of Trump's talk of building a wall, does anyone think the United States is not going to have to build a security fence to defend our bleeding 2,000-mile border?

Given the huge trade deficits with China, Japan, Mexico and the EU, the hemorrhaging of manufacturing, the stagnation of wages and the decline of the middle class, does anyone think that if Trump is turned back, the GOP can continue on being a free-trade party financed by the Beltway agents of transnational corporations?

Absent some major attack on the homeland, do our foreign-policy elites believe the American people would support new U.S. interventions to defeat, occupy and tutor Third World nations in liberal democracy?

Trump is winning because on immigration, amnesty, securing our border and staying out of any new crusades for democracy, he has tapped into the most powerful currents in politics: economic populism and "America First" nationalism.

Look at the crowds Trump draws. Look at the record turnouts in Republican caucuses and primaries.

If Beltway Republicans think they can stop Trump and turn back the movement behind him, and continue on with today's policies on trade, immigration and intervention, they will be swept into the same dustbin of history as the Rockefeller Republicans.

America is saying, "Goodbye to all that."

If the elites think they can not only deny Trump the nomination, but turn back this revolution and re-establish themselves in the esteem of the people, they delude themselves.

This is hubris of a high order.

Patrick J. Buchanan
Pat Buchanan was twice a candidate for the Republican presidential nomination and the Reform Party's candidate in 2000. He is also a founder and editor of The American Conservative. Buchanan served three presidents in the White House, was a founding panelist of three national TV shows, and is the author of 11 books. His latest book is "Nixon's White House Wars."
A return of the 'law and order' issue to sink Dems?
Russia-Ukraine squabble: Is it any of our business?
Kyle Rittenhouse: Both right and righteous
Are Democrats looking to the lifeboats?
U.S. and China: Collision or cooperation?
See more... 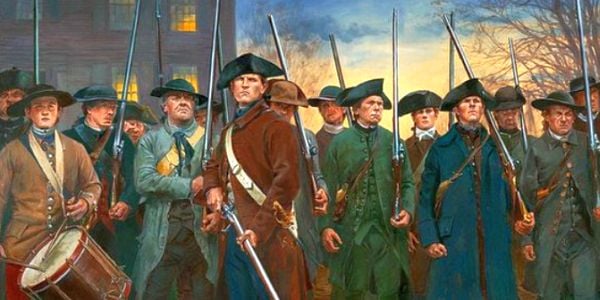 It is time to stop passively encouraging totalitarianism

Why was it 'first the Jews, then the gentiles'?