(London Telegraph) Democrats in South Carolina head to the polls on Saturday to choose between Hillary Clinton and Bernie Sanders.

After a landslide victory by Mr Sanders in New Hampshire earlier this month, Mrs Clinton bounced back on Tuesday with a win of her own in Nevada. She is now hoping to re-affirm her front-runner status in the First in the South primary.

Mr Sanders is fighting an uphill battle in the Palmetto State, where he has trailed consistently in the polls. He acknowledges that victory is probably unattainable, but the Vermont senator is hoping for a strong enough performance in South Carolina to stay within striking distance of Mrs Clinton heading into Super Tuesday.

WND News Services
These reports are produced by another news agency, and the editors of WND believe you'll find it of interest.
Disney just showed what a post-pandemic economy will look like
Democrat who voted for $15 minimum wage admits it will hard small businesses
Biden Labor Board blocks construction workers from union exodus
75% of all jobs added in February were waiters, bartenders
Biden administration continues to lie about vaccines, won't credit Trump
See more... 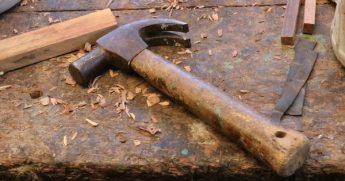 75% of all jobs added in February were waiters, bartenders