Pope Francis' statement this week Christians should not think of "building walls" had one major problem.

What's more, the walls were specifically built by a prior pope to repel Muslims.

History shows back in 846, Muslim raiders known as the Saracens looted Old St. Peter's Basilica and the Papal Basilica of St. Paul outside the walls. The pirates took priceless treasures from the shrines.

Shocked by the sack of some of the most sacred sites in Christendom, Pope Leo IV created the Leonine Wall, completely surrounding the Vatican Hill. Additional defenses were added in the 15th and 16th centuries.

Commenters on social networking, including GOP president frontrunner Donald Trump's social media director Dan Scavino, mocked Pope Francis' attack on Trump by posting pictures of the large walls surrounding Vatican City. But some critics saw a more sinister design at work.
What do YOU think? Weigh in on the pope-Trump wall-building flap. Sound off in today's WND poll

Pamela Geller, a world-famous activist against Islamization and a WND columnist, slammed the pope for his advocacy of open borders policies in both Europe and the United States.

"He's a hypocrite," she charged. "If he is sincere, let him tear down the Vatican walls and admit Muslim migrants in unlimited numbers. Some can stay in his luxurious apartments. Until he does that, he is exposed as a self-righteous leftist hypocrite."

Geller, the author of "Stop the Islamization of America," called the pope's actions "unconscionable as well as one-sided."

"When has he ever called out Hillary or Bernie Sanders for their un-Christian support for abortion?" she asked rhetorically. "The church supposedly opposes that and has opposed it for longer than it has been in favor of absolutely open borders and the suicide of the West. It appears as if the pope has abandoned all pretense of being a spiritual leader and has become instead an eager advocate for the far left's political agenda."

The Vatican attempted to walk back the pope's attack, which came against Trump, on Friday, with a spokesperson saying, "In no way was this a personal attack, nor an indication of how to vote."

However, Dr. G.M. Davis, the author of "House of War: Islam's Jihad Against the World," argues the pope's reputation has already been damaged.

"The thinly veiled attack on Trump and the implication Trump is no Christian seems little more than a cheap political shot unworthy of a spiritual leader of global reach," Davis told WND. "Had Trump been Catholic, it would have amounted to a back-handed excommunication. Whatever Pope Francis' intent, he only diminished himself and came across more as a competing presidential candidate than the leader of the world's largest Christian organization."

Davis accused the mainstream media of "almost intentional stupidity" in interpreting Trump's call for a wall to mean no one is going to be admitted to the United States.

"Obviously what Trump meant was to get a much better handle on regulating our southern border, with 'walls' but also doors, gates, fences and more border security," Davis said. "Indeed, Trump could have pointed to the Vatican itself as a model of border security: massive, impenetrable walls accompanied by efficient security, gates, metal detectors, etc., which allow countless numbers of people to come and go in a safe manner."

Trump also sought to defuse the controversy on Friday, calling the Vatican's clarification a "beautiful statement."

However, he reemphasized his opposition to illegal immigration, saying while it's a "wonderful thing" for Mexico, it's "not a wonderful thing for us."

Davis suggested immigration control will always be necessary when two vastly different nations exist side by side.

"Open borders, in particular between culturally, economically, and politically divergent nations, can only lead to trouble," he said. "Open (though still regulated) borders between, say, the U.S. and Canada present few problems because the two countries are largely similar in their culture and social and political organization, even if the U.S. enjoys far greater economic and military power. The U.S. and Mexico, on the other hand, are quite different in their culture, language, and economic and social development. Open borders can only mean an ongoing imbalance between the two countries, which is what we see in the ongoing problem of illegal immigration into the U.S. and the flourishing illegal drug trade, which inflicts untold harm on the populations of both nations."

However, Davis said American problems with immigration are dwarfed by the situation in Europe.

"However enormous the problems facing the U.S. from uncontrolled immigration through and from Mexico, they are relatively benign to what is happening in Europe," Davis observed. "We are seeing burgeoning Islamic states-within-a-state growing in Europe powered by an ancient ideology of supremacism and conquest."

Pope Francis has forcefully urged European nations to accept Muslim immigration, despite the danger presented by terrorism and the long-term cultural and religious impact on what was once called Christendom.

Taking the pope's open borders record in both America and Europe into account, Pamela Geller's verdict is harsh.

"Pope Francis is actively aiding and abetting the suicide and destruction of Europe," she said. 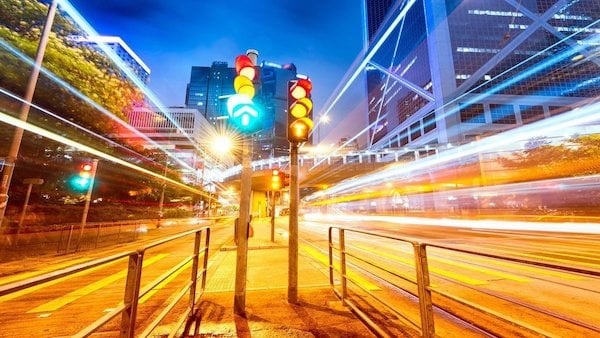