The Republican front-runner has dealt with unruly race activists crashing his rallies for months, but news that one of them was punched in the face on Thursday in Fayetteville, North Carolina, was too much for Brown to bear.

"Man, this s--t is getting crazy,” Brown, 26, said in an Instagram video. "Black people getting assaulted at f---ing rallies where you’re supposed to talk at. ... What you need to start doing — all these black people, go together 40, 50 deep. See what they do then. Keep touching us, motherf---er."

"God will have his revenge. F--k Trump and f--k the pigs. Without our black culture, Asian culture, Latin culture, Muslims and any race that you don't approve of help you to be who the f--k you are," Brown added as text accompanying the video. The singer's comments came the same day Trump supporter John McGraw, 78, punched Rakeem Jones, 26, as the protester was being led out of a Fayetteville arena. Jones was screaming and flashing his middle fingers to the crowd as he was escorted out of the building by security.

McGraw was charged with assault and disorderly conduct after the confrontation.

Watch a video of the Fayetteville incident:

Protesters showed no signs of letting up Friday at a Trump rally on Friday in St. Louis, Missouri. Police escorted scores of activists out of the Peabody Opera House, and a man identified as Anthony Cage was handcuffed and led to an ambulance with a bloody face.

The Republican front-runner told the crowd it now takes police longer to remove protesters because they need to be "politically correct in the way they take them out," the New York Daily News reported. "So it takes them a little bit longer. And honestly, protesters are realizing that there are no consequences to protesting anymore. There used to be consequences, there are none anymore, so that's it." A protester is taken away from a rally in support of Donald Trump in St. Louis, Missouri, on Friday, March 10, 2016

Brown, whose self-titled album sold more than 2 million copies in 2005, is no stranger to violence. He was convicted of domestic violence and sentenced to five years' probation for assaulting singer Rihanna in 2009.

The singer also came under investigation by cops in Las Vegas in January for possible battery of a woman at a private party.

"A crime report has been taken for misdemeanor theft and misdemeanor battery listing Mr. Brown as a suspect. [The woman] appeared to have minor injuries sustained as a result of a battery," a press release from the Las Vegas police said, USA Today reported Jan. 3.

Brown denied the allegations. A representative called the claims "retaliation for a bruised ego." 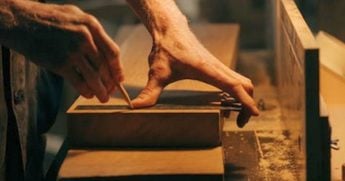