"Speak of the devil, and he shall appear."

The pundits, consultants, and politicians at CPAC 2016 are following the ancient warning when it comes to the man roiling the conservative movement, Republican frontrunner Donald Trump.

The Thursday morning sessions at the Conservative Political Action Conference centered on the Trump phenomenon, but speakers seemed terrified of mentioning his name.

Wisconsin Gov. Scott Walker, a man many Republicans expected to be a serious candidate for the presidency before Trump entered the race, said attendees might be "confused and dare I say even some upset" about the state of the race. However, he did not identify Trump by name.

A segment dedicated to exploring the different philosophical schools within conservatism inadvertently showcased the deep divisions within the movement, as well as the specter of Trump.

Sen. Ben Sasse, R-Neb., who has vowed to support a third party if Trump secures the nomination, pointedly refused to mention Trump by name during his speech defining "classical conservatism."

Sasse alluded to feuding with Trump on social media, but garbled the story, leaving most attendees unaware of what he was talking about.

Sasse mostly tried to strike an intellectual tone, calling for attendees to be "Americans first, conservatives second, Republicans third." He urged Republicans to rededicate themselves to "American Exceptionalism," which he defined as the idea expressed in the American founding that "everybody, everywhere is ordained with natural rights… and created in the image of God," with government merely the tool to secure these rights.

While sounding mostly libertarian themes about government getting out of the way of citizens and elaborating on constitutional theory, Sasse made a reference to the "little platoons" individuals belong to, a term famously used by British statesman Edmund Burke.

This was a nod to one of the intellectual giants behind classical conservatism, but Sasse did not explain the reference, leaving it unclear to many in the audience. He ended by once again alluding to Trump without naming him, calling on the audience to work for a "constitutional recovery," and claiming "that's how we will actually make America great again."

Yet Rick Santorum, speaking on the topic of "populist conservatism," seemed to challenge Sasse's largely abstract arguments. Though Santorum has endorsed Marco Rubio for president, he sounded Trump-like themes on immigration and trade and expressed frustration with conservative orthodoxy.

Santorum said many workers see America in moral, cultural, and economic decline but "don't see the Republican Party responding to that."

Santorum slammed the GOP for being divided on issues such as limiting immigration, despite what he claimed was mass immigration's negative impact on wages. Meanwhile, Santorum mocked Republicans' willingness to "fight and die" for issues like tax cuts for business owners, even though the vast majority of Americans don't own their own business.

Santorum accused the conservative movement of refusing to confront the problems of an America undergoing "huge transformational changes," especially when it comes to the difficult economic climate created for workers by globalization.

He also called for policies that would actually help keep families together, instead of just going to social conservative events and talking about them.

"Where is the conservative movement for us?" Santorum asked, speaking for struggling Americans.

At one point, Santorum appeared to be about to directly mention Trump's campaign when he discussed the opportunity the campaign offered for Republicans to win over blue collar workers. However, Santorum notably paused, stammered, and then referred to "the earthquake that's happening" without identifying the Trump campaign and its strong appeal to Reagan Democrats and working class voters.

Meanwhile, Gary Johnson largely avoided exploring the intellectual currents behind his philosophy of "libertarianism" in his address. Instead, he boasted about his own accomplishments as an athlete and "adventurer," as well as his record in limiting spending when he was governor of New Mexico.

Rather than ending with a call to unity, Johnson talked up his own bid for the presidency on the Libertarian Party slate, urging CPAC attendees to help him get into the presidential debates.

Left completely unmentioned in the discussion of conservatism was nationalism, the political force many observers have identified as the linchpin of Trump's success.

Rush Limbaugh has speculated nationalism may even prove stronger than conservatism itself.

But just like the candidate himself, nationalism lingered in the background, without being identified by name. And while many speakers at the convention seemed hostile to Trump, there was no discussion about how to ensure his supporters remain within the Republican Party if Trump is not the nominee.

The conspiracy of silence won't last forever. Trump is scheduled to address CPAC on Saturday morning.

Though CPAC is normally an opportunity for movement stalwarts to promote an optimistic vision of conservatism's future, this year CPAC is a battleground.

Marco Rubio recently came under fire for reports he would skip CPAC. His campaign is now claiming the American Conservative Union, the organization which hosts CPAC, is biased against him.

And there is now an effort to try to force CPAC to rescind Donald Trump's invitation to speak to the conference. Politico reported Wednesday Trump has made several sizable donations to the ACU.

The American Conservative Union has denied donations have any impact on speaking slots and programming, but the "Make America Awesome!" PAC, specifically designed to oppose Trump, has called on the ACU to renounce Trump's invitation to speak.

If it does not, a protest effort has been planned for Trump's speech.

The PAC was reportedly founded by political consultants Rick Wilson and Liz Mair.

Mair has told reporters Trump is not conservative enough to be allowed to speak at CPAC . However, Mair has also described herself as "pro-choice, pro-gay marriage, [and] pro-amnesty," suggesting her definition of "conservatism" is not one which matches the typical grassroots conservative activist.

The PAC is only part of the rapidly growing effort by pundits, consultants, and politicians to urge Republican voters to stop supporting Trump. The effort culminated Thursday with failed Republican presidential nominee Mitt Romney lecturing Republican voters to turn away from the Republican frontrunner. Conservative thought leaders such as Glenn Beck and Mark Levin have also condemned Trump.

However, it was CPAC which helped establish Trump’s conservative credentials. Talk radio titan Rush Limbaugh recently opined Trump has been planning a presidential run for years, and is already moving to unite the Republican Party to confront Hillary Clinton.

If Trump is following a long term plan, CPAC was obviously a key part of his strategy. Trump has addressed the conference several times, including as far back as 2011.

His final call to arms?

"We have to start manufacturing and building again – and we have to make America great again." 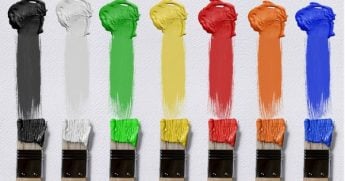