Her name is Brianna Wu, and she's stupid enough to think the Internet ruined her life.

Previously in Technocracy, I explained that an SJW, or "social justice whiner," is a busybody whose entire existence is devoted to harming the interests of others in an attempt to make the cosmic scales balance. The Internet is critical to the activity of SJWs because without the screen of distance and pseudo-anonymity afforded by the Internet, most SJWs would be laughed out of the room or punched in the face. To put it bluntly, the typical SJW is a shrieking, hysterical fool who is convinced that something isn't fair, and this is the worst crime that any human being can inflict on another. To redress these imagined wrongs, SJWs will embrace any progressive scheme of reallocation, realignment, redistribution and reparation. An SJW has no problem with any policy or methodology that harms your interests as long as this furthers the interests of someone the SJW believes has been – directly or indirectly, immediately or historically – wronged.

Social justice whiners are also ardent censors. In almost all cases, social justice types believe that one of the biggest problems facing the modern world is that many people think wrongly. While no scheme (apart from massive propaganda campaigns filled with lies) has yet been developed to police wrongthink by those using the Internet, the SJWs are happy to censor speech whenever they identify a statement they consider politically incorrect. This extends to popular entertainment. So it is that Anita Sarkeesian, whom I also profiled previously, wants to censor video games. Sarkeesian has very publicly stated that everything, quite literally everything in the world, is sexist and "problematic," and thus she has devoted her life as a "pop culture critic" to telling people what should be censored.

Now, as you'll recall, Sarkeesian paints herself as a long-suffering lifetime gamer, someone who supposedly played video games in their earliest days. Despite the rampant misogyny and sexism in video games as an institution, she wades through it both to indulge in her love of the hobby while also criticizing the many ways video games and their designers have insulted her sex. The only problem is that since she made these claims, video has surfaced in which Sarkeesian admits that she's not a video gamer and doesn't particularly like them. Sarkeesian's organization, "Feminist Frequency," openly advocates for the censorship of video games to remove "sexist" and "misogynist" content. But her evidence for this has been widely discredited as distorted – if not outright fabricated.

Sarkeesian has responded to accusations that her "Feminist Frequency" series openly lies about games (and gamers) by refusing to engage her critics in any way. She disables all comments on her online videos, refuses to answer any questions about her methods and generally believes that anytime anyone criticizes her in any way, this is "harassment" and "hate" and probably also "misogyny." She is, in other words, a typical feminist, but one who has a great deal of power now. This is thanks to the notoriety she gained by claiming to have been threatened online.

Sarkeesian now commands substantial speaking fees and has announced that she is moving on from attacking video games in order to do a video series on real women from history (because history, according to Sarkeesian, has not yet been sufficiently distorted through a feminist lens). She is, quite predictably, e-begging through a crowdfunding platform to finance her new project, even as questions remain as to why she never delivered the number of "Feminist Frequency" game-criticism videos she promised when she crowdfunded that project.

Sarkeesian and Wu's paths as SJWs intersect in "gamergate," a popular-culture scandal that involved the gaming world. Gamergate is a loose coalition of gamers and critics who tried to bring attention to a lack of ethics in journalism concerning video games. The specifics no longer matter; the reality is that both Wu and Sarkeesian are prominent figures in the gamergate landscape, because both of them hate video gamers (whom they believe to be misogynist) and both of them want to censor the entertainment you can enjoy. Wu is herself a somewhat unremarkable game developer, but her star has risen recently with the release of an episode of the SyFy channel's program, "The Internet Ruined My Life."

How did the Internet destroy poor Ms. Wu? It seems Wu defiantly challenged the gamergate coalition, telling it or them that Wu intended to continue criticizing (and presumably trying to censor) video games. Predictably, the Internet responded by saying crappy things to her. This is de rigueur for the Internet; when you tell the masses on the Web that you don't want something, they will respond by giving you everything you didn't want and more.

Wu, however, erupted in a fit of histrionics when the threats started to pour in. Rather than seeing them for what they were – the ravings of teenagers online who regularly talk similar smack, and worse, to their buddies in online games – she decided that each and every one of them was a credible threat of assassination. She and her husband (who could not stop smiling while telling this supposedly harrowing story to SyFy) immediately packed their things and fled their home to go to a hotel and somehow avoid the murderers' bullets they assumed were even then headed their way. Except, of course, that Wu returned home each day to, you know, use her office to work. And then there's the police, who didn't consider the threats credible (and thus Wu laments that they lacked the "tools" to protect her).

The interview on SyFy is typical of social justice whiners. Wu and her husband are two hypersensitive drama queens who believe the cure to any opinion they don't like is to "give government the tools" to censor out of existence any thought social justice whiners consider inappropriate. They're even now editing their bias into online reference materials, because they even want to censor the reference materials you can use.

Wu and her husband were never in any real danger. Her wide-eyed pantomime over the supposed threats she faced masks the reality of politically correct liberals on the Internet. They will not stop until they have censored everything you say and all the entertainment you enjoy – and they will do so while loudly playing victims. 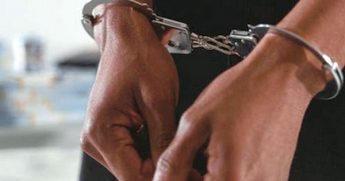 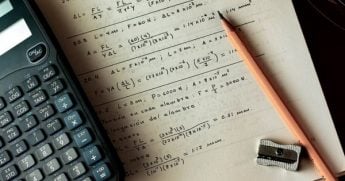