Re: "What if Trump really does understand system?"

How many layers of the onion should we peel back?

We agree Trump is too smart to be doing what he's doing randomly.

Trump is a guided missile for Hillary.

The three swing demographics are: Latinos, women and young libertarians.

Who has Trump smacked consistently? Mostly women. He's losing them by double digits. But he hits the other two as needed (Rand Paul and Hispanics).

Trump is the caricature Republican written by Hollywood script writers hired by Hillary and Bill. He's a misogynist. He's a Latino-basher. He's an ultra-nationalist who wants to pull up the drawbridge.

All that is Democrat hokum-caricature of what a Republican is.

Democrats believe that hokum. But it's really nonsense for most real Republicans. They needed a caricature foil for Hillary to run against. They manufactured him. They wrote the script. They made some deal with Trump that he would play a Republican on TV.

The future is now sad and clear. Trump gets offended that he was treated unfairly. Cruz gets nominated. Trump runs third party. And the Perot-Bush-Clinton percentages repeat. Or, maybe, if Trumps numbers are bad enough with women, he gets the nomination, and loses to Hillary. He's trailing her by 10 points. There is no one on the face of the earth, running as a Republican, who would lose to Hillary – except Trump.

Her whole M.O. is the "war on women" garbage. No one could make that believable except Trump. And he's doing it on purpose.

My question is: How do "We the People" wiggle out of all this? How do we get to run our democracy again and actually elect someone we want?

The game is clearly to split and damage the Republican Party permanently. 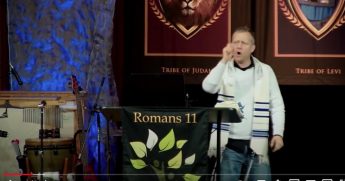 An intro to the Abomination of Desolation

A good dad is countercultural 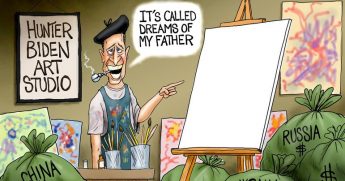