Usually, a killer book title means the book itself is killer. I always wonder, too, who came up with it: the author or the publisher's marketing team?

In the case of Brion McClanahan's "9 Presidents Who Screwed Up America: And Four Who Tried to Save Her

," it really doesn't matter. Both the title and book are sensational. McClanahan, with a Ph.D. in American history, claims we are close to devolving into a banana republic, and who can argue? He also claims we are now what the Founding Fathers most feared: a citizenry in the grip of elected tyranny. And he has a single critera by which to rate the most destructive presidents: Did he keep his oath to "preserve, protect and defend the Constitution of the United States"?

For history nerds, "9 Presidents Who Screwed Up America

" is like Christmas Day. McClanahan even includes in the four "good ones" a name you probably couldn't guess in a month of Sundays.

But they each made McClanahan's Bad List. So, too, did the usual suspects, LBJ and one Barack Hussein Obama. Another choice wasn't so hard: Richard Milhouse Nixon.

McClanahan writes that many historians have judged presidents based on the outcome of their policies, and not on the issue of upholding the Constitution. That much of the prevailing wisdom is flawed: "We ask what we think the president should do in office, not what he is constitutionally permitted to do in office. The latter should be the measure of the man."

Makes sense, and this caveat is the very thing that bolsters McClanahan's own list. He writes that men like Nixon and Obama and LBJ "established dangerous patterns that have created the modern 'imperial presidency.'"

It is also quite interesting that two of the four men (Thomas Jefferson, John Tyler, Grover Cleveland and Calvin Coolidge) who worked to reverse dangerous precedents succeeded men who died in office. Each of these men sought to unwind constitutional overreach by predecessors.

McClanahan digs deep into the wonkiness of many of the presidents. He says that Teddy Roosevelt was the agenda in both foreign and domestic policy. It was, after all, TR's outsized personality that gripped the reigns of government, to propel us up whatever hill he deemed necessary. Listen to the relevance for our own age:

Roosevelt actively seized the initiative in an unprecedented way, all the while insisting that his directives were inspired by and responsive to the "plain people."

Wow. So what we have here is a system of checks and balances set up by the Founders, except they couldn't forestall the fly in the ointment: flawed humans would necessarily have to run the government. So in other words, it is extraordinarily tempting for a president to become drunk with power, and thus undermine the Constitution, all the while championing their work "for the people."

Sound familiar? We're living through such a period.

And McClanahan points out that while Harry Truman came to be admired in many circles, his expansionist policies in opposing Communism and the subsequent Marshall Plan were both unconstitutional. For example:

By 1948, the United States had dedicated over $12 billion in foreign aid, with the largest sum going to Great Britain, an ally that had never been threatened by a communist insurgency.

Thus began our modern adventure in inserting ourselves into foreign affairs, at great cost in blood and treasure. In Truman's case, a trio of men – George Marshall, Dean Acheson, and George Kennan – persuaded the president that their ideas were correct.

Is this really any different than our day? At the moment, aspiring novelist-turned-policy advisor Ben Rhodes is under fire for helping Obama sell his disastrous Iran deal to the media.

The book's examination of each president is utterly fascinating and often for reasons we might not remember. McClanahan writes that Nixon and his aides "bristled" at the notion they had not done enough to improve society, so Nixon himself spearheaded an effort to ram through expansions of Kennedy's affirmative action model, thus creating new federal bureaucracies that bloated government. This led to such stifling agencies as the Occupational Safety and Health Administration.

All in all, "9 Presidents Who Screwed Up America

" is a real eye-opener, for in it we see the destruction wrought by individual men who believer their own ideas trump (no pun intended) the binding nature of the U.S. Constitution. Not all these men were personally bad, but many of their decisions were.

Kudos to Brion McClanahan, for deftly spotlighting these failures. 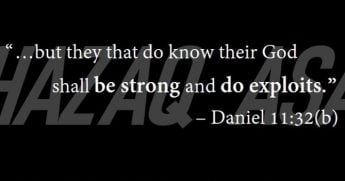