Allen West, former Republican congressman from Florida, sent out a big thank you to James Comey for announcing he would not recommend criminal charges for Hillary Clinton, writing in a blog post the FBI director said so many negative things about the former secretary of state, he basically gave the Republicans a treasure chest filled with political tools.

In a post on his blog entitled "Here's why I'm DELIGHTED about the FBI's verdict on Hillary," West wrote: "Of course, the news cycle is completely dominated by FBI Director James Comey's announcement ... And my response is GREAT! I can't thank Director Comey enough for coming to this decision."

He went on, saying his big "concern" was always that President Obama would swoop in to attack Clinton and rally behind Joe Biden for president, and Sen. Elizabeth Warren for vice president.

"That would be a really tough ticket to beat," West wrote, "since Joe Biden's favorables, regardless of gaffes and such, are extremely high. However, James Comey just delivered a gift wrapped with a bow."

Among his reasons: Comey "concluded Hillary was 'extremely careless' in handling our nation's secrets. He admitted no reasonable person could have believed putting these emails on a private server was at all appropriate or acceptable. He admitted 110 emails on the server were classified at the time they were sent – showing Hillary not only lied, but knowingly endangered national security as secretary of state. He admitted Hillary deleted work-related emails ... despite her claims otherwise. And, most shocking, Mr. Comey even admitted it's likely foreign governments hacked her emails."

West called the exoneration of Clinton a "policy of political corruption" that offends, but said he believed "the final vote will be cast by the American people" and that Comey "may have just become the one person who will end the corrupt reign of the Clinton family and terminate any chance for an honorable legacy for Barack Obama." 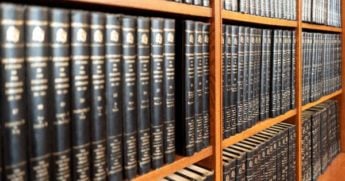