A common mistake of conservatives and liberals alike is to not separate "gays" from the "gay" left. This widespread failure has fostered a lot of cultural-political confusion and division amid the so-called "LGBTQ" debates. Liberals, especially, are so easily duped. Effectively, liberals end up advocating for the full far-left agenda of the radical "gay" lobby simply because they think that every homosexual/bisexual supports every element of the extreme "LGBTQ" agenda.

As a case in point, I recently got an email from a man plagued with liberal guilt because he wasn't wild about the idea of homosexual "married" men adopting children. He assured me he was no "hater." It just struck him that intentionally motherless homes were not the best situation for rearing children. He felt in his heart and mind that kids need both moms and dads. I informed him that not all homosexual men favor same-sex couples adopting children. In fact, I told him, there has been an ongoing spat between Elton John and the Italian designers Dolce and Gabbana over precisely this. "A child needs a mother and a father," said Gabbana, himself a homosexual. "I could not imagine my childhood without my mother."

(In response, a fuming Elton John excoriated Gabbana and Dolce, calling for a global boycott of their products. Kudos to the Italian politicians who backed Dolce and Gabbana: "The gay Taliban are trying to boycott Dolce and Gabbana just because they dared to say that ... every child has a right to a mother and a father," said Carlo Giovanardi, an Italian senator.)

The Dolce-Gabbana example is instructive. We assume that all homosexuals walk in lock-step with the entirety of the "gay" left's agenda. We mistakenly do this all the time, which brings me to my point here today:

The stunning success of this politicization of the "gay" left's agenda owes much to the organizing work of a man named Harry Hay, a pioneering leftist for the gay-rights movement. Harry was no mere liberal; Harry was a communist.

Order Paul Kengor's latest book, "Takedown: From Communists to Progressives, How the Left Has Sabotaged Family and Marriage"

Harry Hay (1912-2002) was dubbed by his biographer the "founder of the modern gay movement." His activism spread its wings when he left the Communist Party USA in 1950 to form a group called the Mattachine Society, an organization of homosexual communists.

Harry's sexual activity preceded his communist activity. He told his biographer that in the mid-1930s he averaged "two or three affairs a day"; that is, two or three sexual encounters per day. The man craved intercourse, roaming the parks or wherever, day and night, looking for satisfaction. One search was integral to bringing him into the communist orbit: It was a long-running homosexual affair with actor Will Geer.

Geer was multi-talented, playing music with a communist folk group called "The Almanacs," which alternately included Woody Guthrie, Pete Seeger and Burl Ives ("Have a Holly, Jolly Christmas") and which strummed literal pro-Stalinist propaganda. (See my book "Dupes" for more.) Geer's face ultimately became a household one in the 1970s when he played the legendary "Grandpa Walton" in the TV classic, "The Waltons."

Harry Hay professed to having been "madly in love" with Will Geer. I mention Geer here because he was the formative figure who radicalized Harry Hay politically, bringing him into the Marxist-Leninist fold. That was Geer's doing.

To Harry, Grandpa Walton wasn't the red under the bed; he was the red in the bed.

Harry would go on to champion not only fleeting groups like the Mattachine Society, but also a group called the Radical Faeries and another pet interest that ought to cause some discomfort even among progressives, namely: the pro-pedophilia "NAMBLA." NAMBLA is the infamous North American Man/Boy Love Association, which encouraged grown adult men to become wondrous "boy lovers."

The Radical Faeries is a cultural-spiritual group. "Our shared values include feminism, respect for the Earth, and individual responsibility rather than hierarchy," says the organization's website. "Many of us are Pagan (nature-based religion)." The website has a page dedicated strictly to Harry, who it calls the "Father of the Radical Faeries."

Don't laugh off the Radical Faeries. It should be of growing interest because of the ability of some of its ideas to maneuver their way into the arms of the wider left. Its positions include supporting a form of transgenderism called "two-spirit," which intrigued Hay. To quote from communist literature: "Two-Spirit is the language that many Native [American] people have chosen instead to describe those with diverse gender expression, sexualities and sexes." This description is taken from a piece published in Workers World, which details Harry Hay's innovative work in two-spiritism.

You scoff? Do not make that mistake. Never underestimate the ability of inane ideas to seep their way into the dominant liberal mind.

"Two-spirit" is now reportedly one of the 31 gender identity options approved by the New York City council for New York City public employees.

There is so much more that could be said about Harry Hay here, but my space is limited. It should be noted, however, that he was a literal inspiration to Barack Obama's Safe Schools Czar Kevin Brett Jennings. "One of the people that's always inspired me is Harry Hay," said Jennings, prominent "change agent" in Obama's Department of Education.

For more on Jennings and Hay (and Hay generally), see my book "Takedown," on how the left has sabotaged family and marriage. I also strongly recommend taking a gander at Harry Hay's fascinating FBI file, secured via a FOIA request by Cliff Kincaid's group, America's Survival (click here and here). It is a remarkable read.

I conclude with this: The most important legacy of Harry Hay has been the complete and successful linking of the "gay" lifestyle with the extreme ideological-cultural-political agenda of the "gay" left. Far too many Americans of all stripes now reflexively believe that not mistreating homosexuals (a noble goal) means rubber-stamping the entirety of the ever-expanding "LGBTQIA" agenda of fundamental transformation, from the adopting of children to redefining marriage to mandating bathroom bills to the absurdity of recognizing 31 different gender options for city employees to whatever else.

That madness is part of Harry Hay's legacy. And in that, we have been grandly duped as a culture and a country.

Paul Kengor
Paul Kengor, Ph.D., is the best-selling author of over a dozen books, including his latest, “The Devil and Karl Marx: Communism's Long March of Death, Deception, and Infiltration." Other books include "Takedown: From Communists to Progressives, How the Left Has Sabotaged Family and Marriage," "The Communist: Frank Marshall Davis, the Untold Story of Barack Obama's Mentor and "Dupes: How America's Adversaries Have Manipulated Progressives for a Century." He is professor of political science at Grove City College.
Biden calls for unity after blaming Trump for killing 200,000 Americans
When Joe Biden saved Roe v. Wade
Marx on Christianity, Judaism and evolution
If Marxists infiltrate 1% of society, they can control the other 99%
Why not 'cancel' Karl Marx, a racist and anti-Semite?
See more... 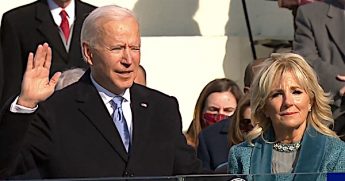